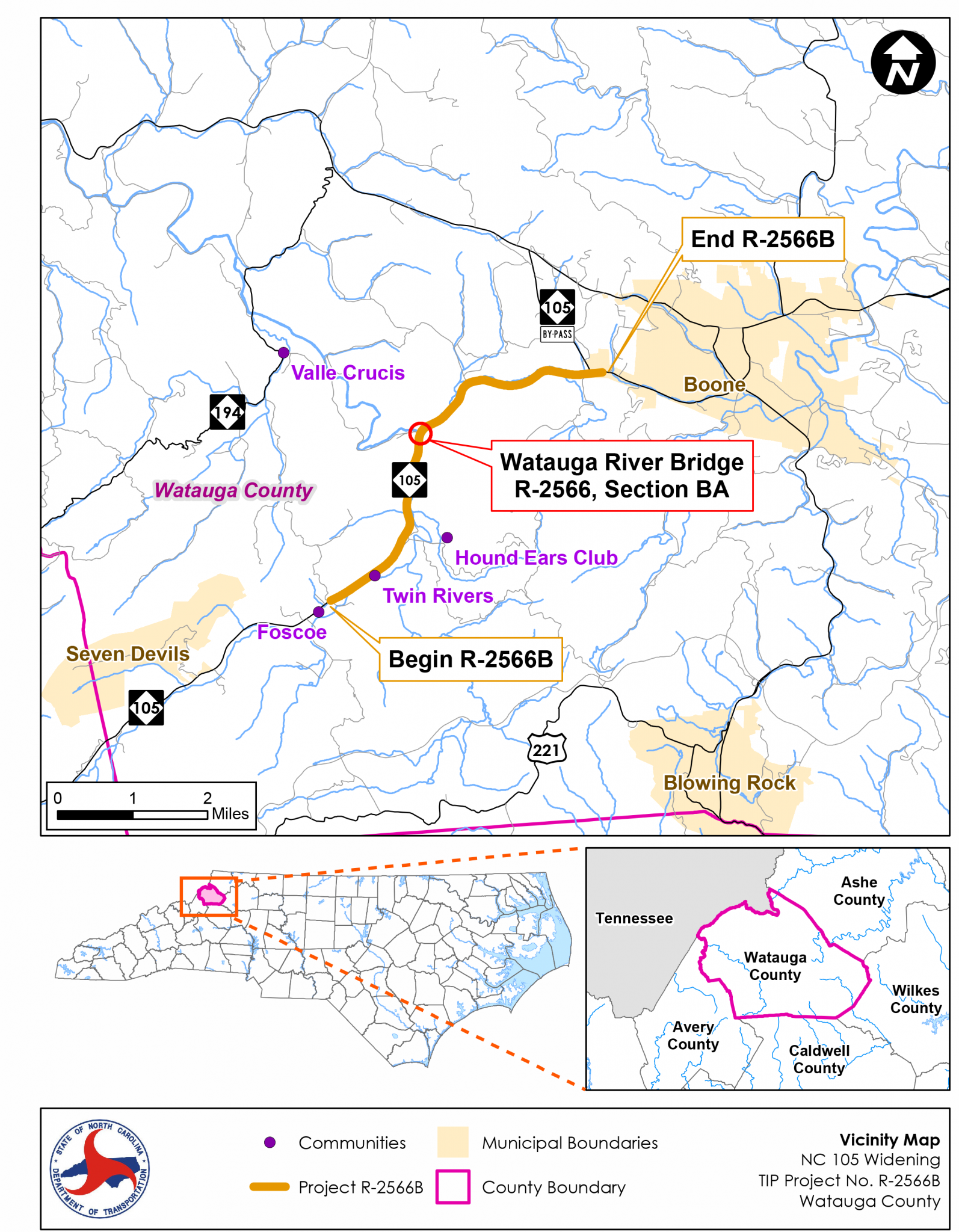 Citizens stared at proposed maps and voiced compliments or concerns in the Watauga Campus of Caldwell Community College about the proposed expansion of NC Highway 105, scheduled to begin construction in fall 2025.

The project will also require replacing the Watauga Bridge, with construction for that leg of the project beginning in 2019. Six foot paved shoulders will also be added along the entire corridor.

Sean Weddell, advisor to the Appalachian State University cycling team, said that while overall improvements were much needed he was concerned about the risks to cyclist safety posed by closing down the northern intersection of Old Shull’s Mill Road.

Weddell said that Department of Transportation staff were receptive to his input.

Teresa Gresham, transportation engineer at Kimley-Horn, said the improvements were necessary to alleviate congestion as well as promoting safety for both drivers and bikers by adding paved shoulders.

Perry Yates, Watauga County commissioner from District 1, said he was concerned about the lack of crossovers on the industrial corridor near Boone.

“I think it will help remove some of the congestion but without crossovers it will be disastrous,” Yates said.

Eugene Tarascio, project planning engineer, said the project is still in the planning phase and modifications will be made before the final plan is complete.