Opinion: Raising the minimum wage will be good for America 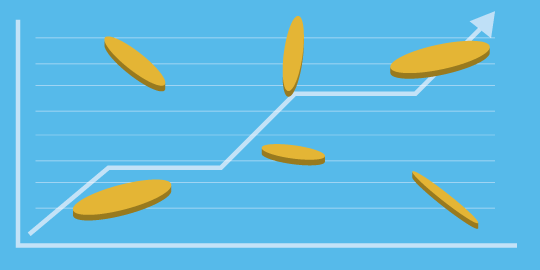 A common argument against raising the minimum wage is “some teenager flipping burgers doesn’t deserve $15 an hour,” which is a ridiculous argument. Why should someone’s age or job decide if they deserve a fair wage? Raising the minimum wage affects workers’ lives – there’s no disagreement about that. It won’t only affect low-wage workers but also the country as a whole. A $15 per hour minimum wage, proposed by the Biden administration, will positively and negatively affect the economy. So does the positive outweigh the negative? Yes. A $15 an hour wage will have a significant impact. As of 2017, 542,000 were earning $7.25 per hour, and about 1.3 million earned wages below minimum wage. Raising and enforcing the federal minimum wage will be good for America.

Because both the federal and the North Carolina minimum wage, $7.25, isn’t a living wage, many workers have a hard time making ends meet. A living wage is defined as enough to maintain a decent standard of living, including food, housing, healthcare, clothing and other basic necessities. The last minimum wage increase was in 2009, from $6.55 an hour to $7.25 an hour. Since 2009, the minimum wage has not kept up with inflation. The inflation rate between 2009 and 2021 has increased by 23.89%. Because inflation has increased, the minimum wage must also be increased. Even though minimum wage has remained the same for 12 years, the value of $7.25 has gone down. In other words, $7.25 could buy a lot more in 2009 than in 2021.

Combined with inflation, the cost of living in the U.S. is increasing. 47% of Americans say that rising costs of living is the biggest threat to their financial security. According to a Bureau of Labor Statistics 2019 report, the cost of health care rose 4.6%, the cost of housing rose 3.2% and the overall cost of living rose 2.3% from the previous year. The cost of living has also been accelerated due to the pandemic. Essentials such as housing and food are still on the rise. From 2019 to 2020, housing prices increased 1.6% and the overall price of food increased 3.9%. Forty percent of low-income workers lost their jobs in March, and according to the Bureau of Labor Statistics, job growth has flattened. The economic crash as a result of COVID-19 disproportionately affected low-wage workers. The numbers tell us that it’s getting more and more expensive to cover one’s basic needs. A 1.6% increase in housing prices may not seem like much to some, but it certainly is for Americans trying to live off of $7.25 an hour.

The $7.25 minimum wage forces many working families to rely on government assistance, funded by taxes, to put food on the table and a roof over their heads. According to a 2016 article by Carey Nadea and Dr. Amy K. Glasmeier of MIT, “a single-mother with two children earning the federal minimum wage of $7.25 per hour needs to work 139 hours per week, more hours than there are in a 5-day week, to earn a living wage.” By not raising the minimum wage, the government is creating the very environment in which its citizens must be reliant on it. Budgets for crucial public programs, such as the Supplemental Nutrition Assistance Program, public housing and Medicaid, are at risk or have already been slashed. Americans shouldn’t have to be reliant on the government in the first place. It should be the government’s job to foster the economic conditions for Americans to take care of themselves. Fifteen dollars an hour would allow people to become financially independent from welfare. About 60% of all workers that earn less than $7.42 an hour and 52.6% of those earning between $7.42 and $9.91 an hour receive public assistance. According to the Economic Policy Institute, raising wages for low-wage workers would reduce net spending on public assistance. Fifteen dollars an hour is enough to live on therefore, low-wage individuals won’t need as much help from the government to cover their basic needs. Raising the minimum wage would relieve taxpayers from carrying the burden of poverty in the U.S.

The pandemic has been especially hard on low-wage workers. Many don’t have the luxury of working from home; therefore, they are at higher risk of exposure to COVID-19. About half of all workers in low-wage jobs are essential workers – that’s 22.3 million people. For example, home health aides are crucial during the pandemic because they care for some of America’s most vulnerable people. As important as home health aides may be, nearly 20% live in poverty and over 40% rely on some form of public assistance. Currently, fast food workers in 15 cities are on strike for a $15 minimum wage partly due to COVID-19 risk at work. Hazard pay and a living wage isn’t too much to ask for putting their lives on the line. Essential workers should be compensated fairly for risking their families’ and their own lives just to go to work.

Raising the minimum wage would help directly fight inequality in the U.S. It would decrease poverty rates, increase the standard of living and help close racial and gender gaps. According to the Economic Policy Institute, “gradually raising the federal minimum wage to $15 by 2025 would lift pay for nearly 32 million workers—21% of the U.S. workforce.” This pay increase would affect the 59% of workers with a total family income below the poverty line. 31% of Black workers and 26% of Latino workers will see a pay raise. Nearly six in ten of workers to receive a raise will be women.

Fifteen dollars an hour is far overdue. It’s simply not true that we can’t afford to raise the minimum wage. Productivity has nearly doubled since the late 1960s. The Economic Policy Institute says “if the minimum wage had been raised at the same pace as productivity growth since the late 1960s, it would be over $20 an hour today.” It’s also not true that raising the minimum wage will cause mass job losses or that prices will skyrocket. Experts confirm that increasing the minimum wage doesn’t lead to detectable job losses. Yes, a dramatic, sudden minimum wage increase would cause prices to increase for consumers but the current proposal would raise wages gradually to $15 an hour over 2 years. This would greatly lessen the effects of inflation. Research by the Upjohn Institute in multiple states from 1978-2015 concluded that a 10% increase in minimum wage only accounts for about a 0.36% increase in prices. A 0.36% increase means that a $4 cheeseburger would cost $4.01. I get it, college students are strapped for cash but I think we can all afford 1 cent more if it means someone can have a roof over their head.

Raising the minimum wage won’t just affect “some teenager flipping burgers.” It will have widespread positive impacts on American workers, consumers and the economy. It’s about time to raise the minimum wage to $15 an hour.