OPINION: Why voter registration is important 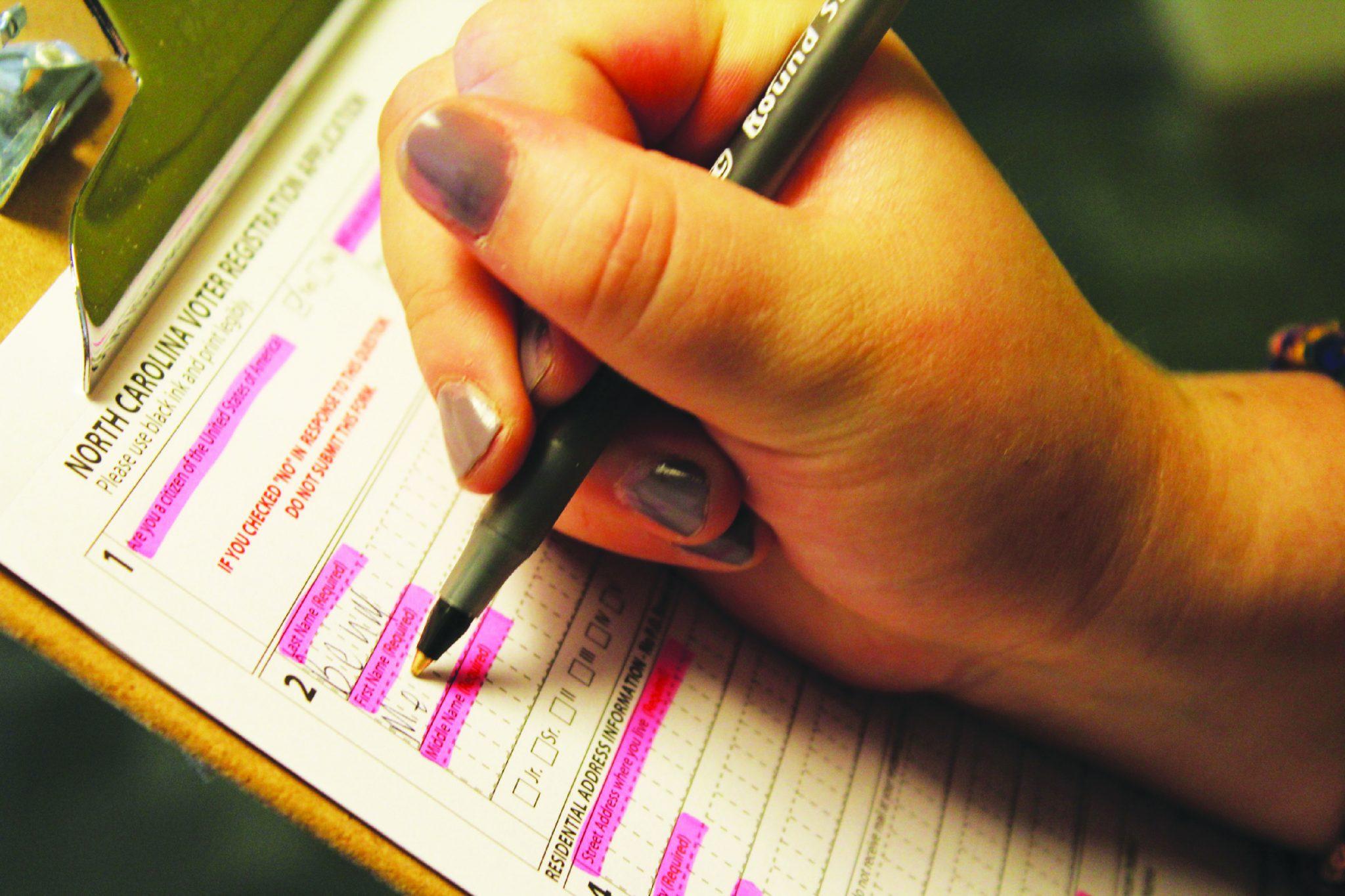 A student registers to vote.

Voting is a basic civil duty of all citizens of the U.S.; it’s a right they were given so the people can change the governing party if they so choose. Many people throughout history fought and died for this right citizens are now given, so vote in this upcoming midterm election.

It’s important to vote because people should have proper representation on issues they care about, whether it be healthcare, education or legalizing marijuana.

“Many people vote because they are for or against an issue or candidate,” according to Nonprofit Vote, a nonprofit that works to promote active civic participation and democracy. “For others, voting is about ensuring high voter turnout in the community, which results in greater access to elected officials and more of a say in decisions affecting the community.”

During the 2016 presidential election, close to 58 percent of eligible voters in the U.S. voted, according to the North Carolina State Board of Elections. There are 27,298 registered voters in Watauga County out of 47,388 total eligible residents.

“Voting is how we participate in a civic society—be it for president, be it for a municipal election,” Loretta Lynch, the former U.S. attorney general said in an interview with NPR. “It’s the way we teach our children—in school elections—how to be citizens, and the importance of their voice.”

“Voting is one of our most basic duties we have as citizens of the United States,” Finley said. “The easiest way to affect change and to influence what happens in Raleigh and Washington is to exercise your right to vote.”

Not everyone has the right to vote.

“Think about all the countries in the world that don’t have democratic political institutions—countries like Syria, the Congo, and Cuba,” Grace Masback, a Huffington Post contributor wrote in an article about why youth should vote. “In such countries, citizens are denied the right to vote and have their voice heard, so they don’t have the option to shape their government and their future.”

While voter registration has ended for this election cycle, after this election, one is able to register to vote, either by mail or in person, up to 25 days before an election.

It is each citizen’s responsibility and civic duty to register to vote and vote regularly. If one wants the honorable right to complain with integrity, then one must at least make an effort toward voting regularly.