P3 Project to begin in earnest in February 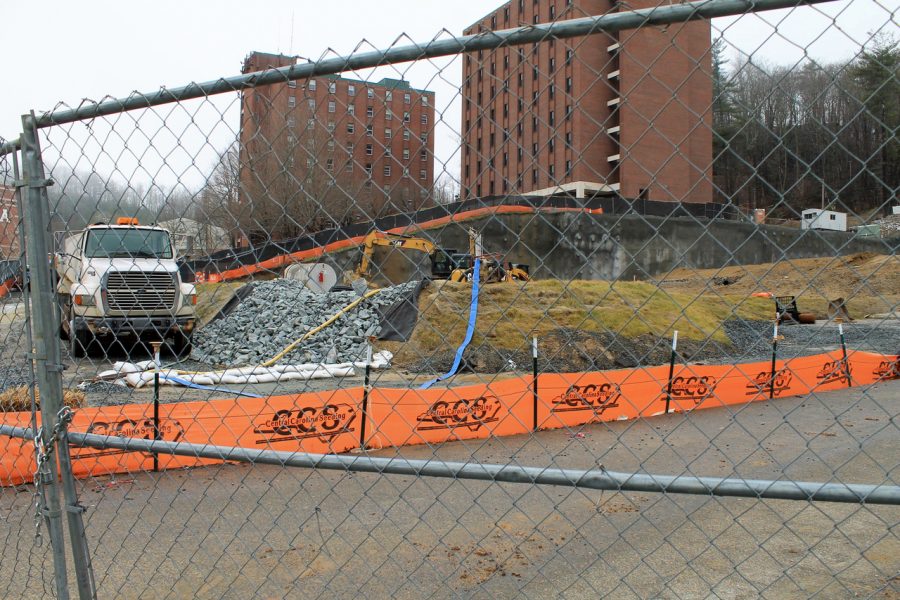 Phase one will be the construction of two new dorms, named Building 100 and Building 200, until the staff in University Housing and Design Construction come up with a name.

That phase will start in February and will take about 18 months of construction, Dull said. Building 100 will be located in the middle of what is now Duck Pond Field, and Building 200 will be in Stadium Lot on the side closest to Kidd-Brewer Stadium.

Phase two will complete Building Three, which will begin construction in spring 2020 and will take seven to eight months to finish.

To “minimize the headache” for people on West Campus, Dull said they are trying to finish construction quickly.

Starting in the spring, the number of parking spaces available in Stadium Lot will be reduced due to phase two of construction.

“We’ll be removing just shy of 200 or so spaces in that lot,” Dull said. “In the end of the project, we’ll actually be going to put up about 250 more spaces on West Campus.”

Because the plan also involves demolishing Bowie and Eggers halls, the small area of parking already behind those dorms will be expanded.

“There’ll be a pretty significant amount of—almost an equivalent amount of—what’s in Stadium Lot now, just about 30 feet higher and up the hill to be the top of the parking deck,” Dull said.

Phase three will include the construction of Building 400, which will stand where Justice Hall is. Justice Hall will be torn down after the completion of phase two to make room for the new building.

The “horseshoe opening” of Building 400 will face the Justice parking lot, as opposed to the way it opens to Rivers Street now. This will make the dorm closer to Rivers Street.

“It’s going to be just shy of 700 beds in that building,” Dull said. “Larger building, but will be big enough that we’re going to break that up into kind of three wings or three communities on each floor.”

There will be a resident adviser in each of the wings.

It is designed to have between 36 and 40 students in each community. If all goes according to plan, Building 400 will be done in fall 2022.

For more information on the P3 Projects listen to “FYI: Campus Construction” on University Communications website.

The interview was conducted in a podcast by University Communications due to the high demand for media.