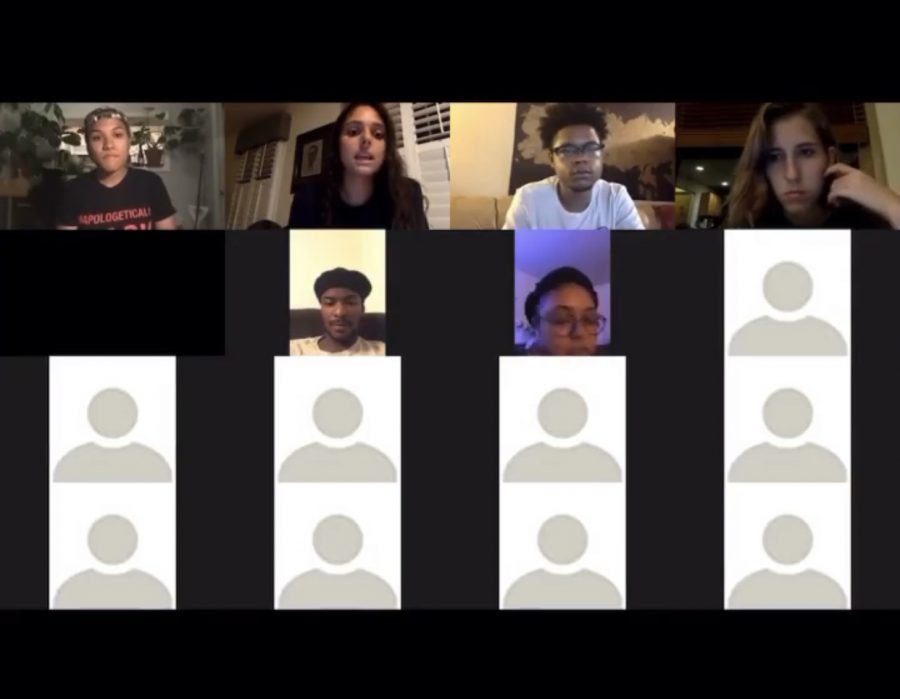 “A lot of people have the intention of doing well but don’t know how,” Wynn said.

The documentary is titled after the Thirteenth Amendment, which abolished slavery and involuntary servitude except as punishment for crime.

The panelists all attended App State and identified as Black. Wynn said this was an important thing for her to make sure of when creating the event.

Jay Edwards is an App State student who works with Black in Boone, a black-led advocacy group based in the High Country. Avery Walter is an activist based in Raleigh, now organizing with the Durham chapter of the Black Youth Project 100.

Lundy, a well-known figure in the Boone community with a large social media following of over 1,000 followers on Twitter, said Wynn reached out to him after seeing how active he was on social media. He said the intentions for the event were to show other ways people can help out with the movement.

“I hope it brought attention to what black students at App State have been going through and continue to go through,” Lundy said.

Wynn emphasized a need for foundational education on areas of activism after #BlackoutTuesday. On June 2, many Instagram users posted a black square rather than their regular content as a symbolism of allyship with Black Lives Matter and to draw awareness to racial inequality and police violence in the United States.

Wynn wanted to bring people together who would otherwise be afraid to participate at stronger levels, such as at a rally or protest. Wynn said she hoped to create a space where participants felt they had an understanding of the Black Lives Matter movement and how to help.

“App State needs to listen to its Black voices a lot more. I feel, being mixed race myself, a responsibility to use the privilege I have of being lighter and more passibly white,” Wynn said. “I identify with the Black community wholeheartedly, and I have always felt more accepted and claimed by the Black community.”

Wynn said she herself holds experiences of racism on App State’s campus from both professors and students.

“Despite that I still have a significant amount of privilege when it comes to being able to advocate and be listened to in a way that a lot of people aren’t willing to listen to Black people,” Wynn said.

Participants touched on ways to engage via social media, goals of the movement, defunding versus abolishing the police and how to amplify Black voices.

Using the film, the discussion compared the current Black Lives Matter movement as a second wave of the civil rights era. The 60’s was referenced for future change on issues of racism today.

Since the death of George Floyd in Minneapolis police custody, the Black Lives Matter movement has received attention from politicians and the media through ongoing protests. Wynn said she wants to keep this action going.

“So that we look back and we don’t say, ‘That was one crazy week in 2020 where everybody was loud about Black Lives Matter,’ but where we say ‘That was the week that everything changed and where we really started to grow and make progress,’” Wynn said.