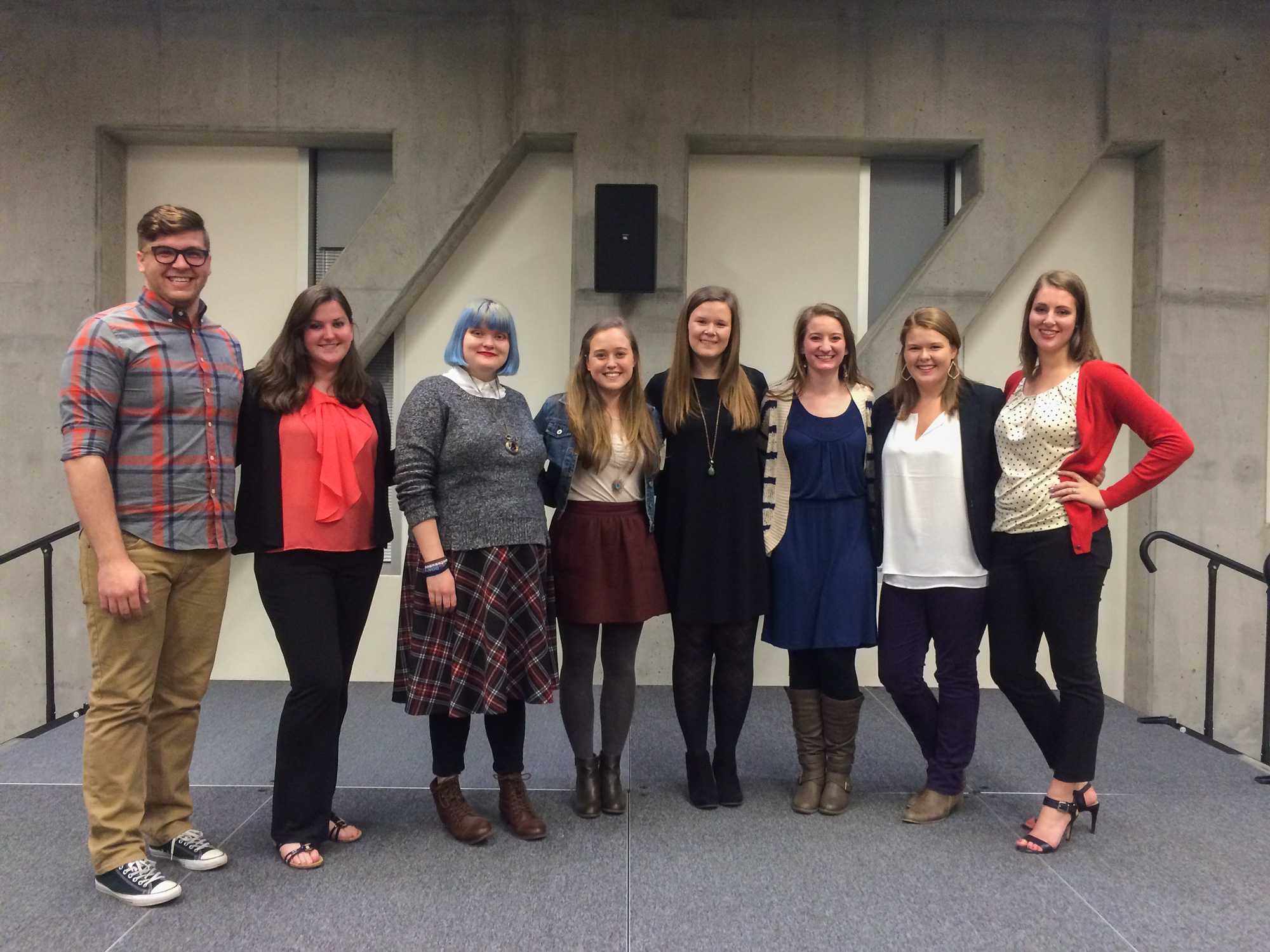 An almost six month preparation process came to a culmination on Tuesday at Panorama, an event dedicated to giving certain students an opportunity to present new perspectives and tell stories about topics they are passionate about in an open-minded environment.

Panorama was originally created by Natalie Gaviria and Shady Kimzey, both 2015 alumni, when they recognized that there was no collective space for students to share different and new ideas on interesting topics.

“We liked the idea of Ted Talks, but student given,” Gaviria said. “We wanted to make it more accessible for students to be able to share these stories.”

AppSpeaks, a club that aims to foster conversation on relevant topics, organized Panorama for its second year hosting the event, originally hosted by SGA three years ago.

“[AppSpeaks] gives students, that maybe sit in the classroom all day and get lectured at, an opportunity to stand up and share a unique perspective or a part of themselves that wouldn’t necessarily make it into the conversation,” Kendall McGee, president of AppSpeaks and senior journalism and communication studies major, said.

Auditions were held in October 2015, with 12 people who auditioned, and six students were chosen after callbacks and workshops.

This year, six students spoke on topics of storytelling and belonging, Sherlock Holmes and cultural trends, the truth behind fluoride, the importance of portrait photography, respecting the people you serve, and the power of positive politeness.

“I remember the first time I asked my parents if I could dye my hair black,” she said. “I was tired of people asking if I was adopted, if my mom was my oriental nanny, or if I didn’t belong with my family.”

Somerville spoke of her struggle to find where she belonged in the world, with her multicultural family.

“My family straddled both worlds. Never standing with our whole selves in either one,” she said. “We were American and not Korean. But we were Korean and not American. We were cultural nomads, finding a home somewhere in the in-between.”

Somerville proposed the idea that stories connect people, lead to understanding and empathy between each other and different cultures and as a result, make us more thankful.

Lauren Wilson, senior philosophy major, spoke on her experience with fluoroderma, an acne condition that flares up around the mouth and jawline from exposure to fluoride. She explained the virtually unknown and alarming effects of fluoride, and how most water, food and even teflon pans contain fluoride.

Bringing her passion for both the original and current Sherlock Holmes stories to the stage, Abby Nichols, senior English major, spoke about “Sherlock Holmes and Cultural Trends.”

“I think that the Holmes stories, as often as they get retold, have become actually really like a central part of culture,” Nichols said. “Their effect is a lot more pervasive than people have ever even realized a lot of the time. I think that the adaptations reflect culture and also the culture reflects the adaptations.”

Maggie Mills, a senior commercial photography major, spoke about “The Transforming Power of Portraits,” and the ability of a photograph to capture the essence of a woman: both her inner and outer beauty. These portraits, she argued, serve as a picture to reflect on and to inspire the woman in them, reminding her she is capable of feeling and looking well, thus adding to the initiative to help reshape society’s definition of beauty that seems to lie in meer outer appearance.

With some personal experience with food stamps and welfare, Emmy Oakley, senior social work major, spoke on the topic of “The People We Serve,” persuading one to respect people who need help, and to recognize that the majority of people on welfare and unemployed is far less than the common opinion.

Olivia Shields, senior public relations major, spoke on the topic, “Positive Politeness: A Look at the Motivation Behind Cultural Communication in Spain.”

Shields said she wanted to speak because she enjoys public speaking and because she wanted an opportunity to share her experience with positive politeness while she studied abroad in Spain.

She spoke on the positive and negative aspects of politeness, explaining that the Spanish practice of kisses on the cheek and talking over another in a conversation is to show love and admiration, and their interest in another person.

Shields said that many Americans’ goals are to try not to offend each other and give others their personal space. As she deemed this as OK, she urged listeners to consider why they do these actions and to practice civility, respect for another out of love, not fear.

“A really good takeaway is the importance of people’s cultures and stories,” Emily Rangel, senior accounting major, said. “Understanding where they came from, who they are and loving and respecting them well. It’s really a good reminder.”

“This year was really unique because every single person connected their topic to their personal stories. It sort of gives it the benefit of experience, and it’s really easy to identify with a person,” McGee said. “And [what happens] afterwards. It’s not just you’re standing up there speaking. You have an effect, you’re making connections, and you’re also giving people ideas.”