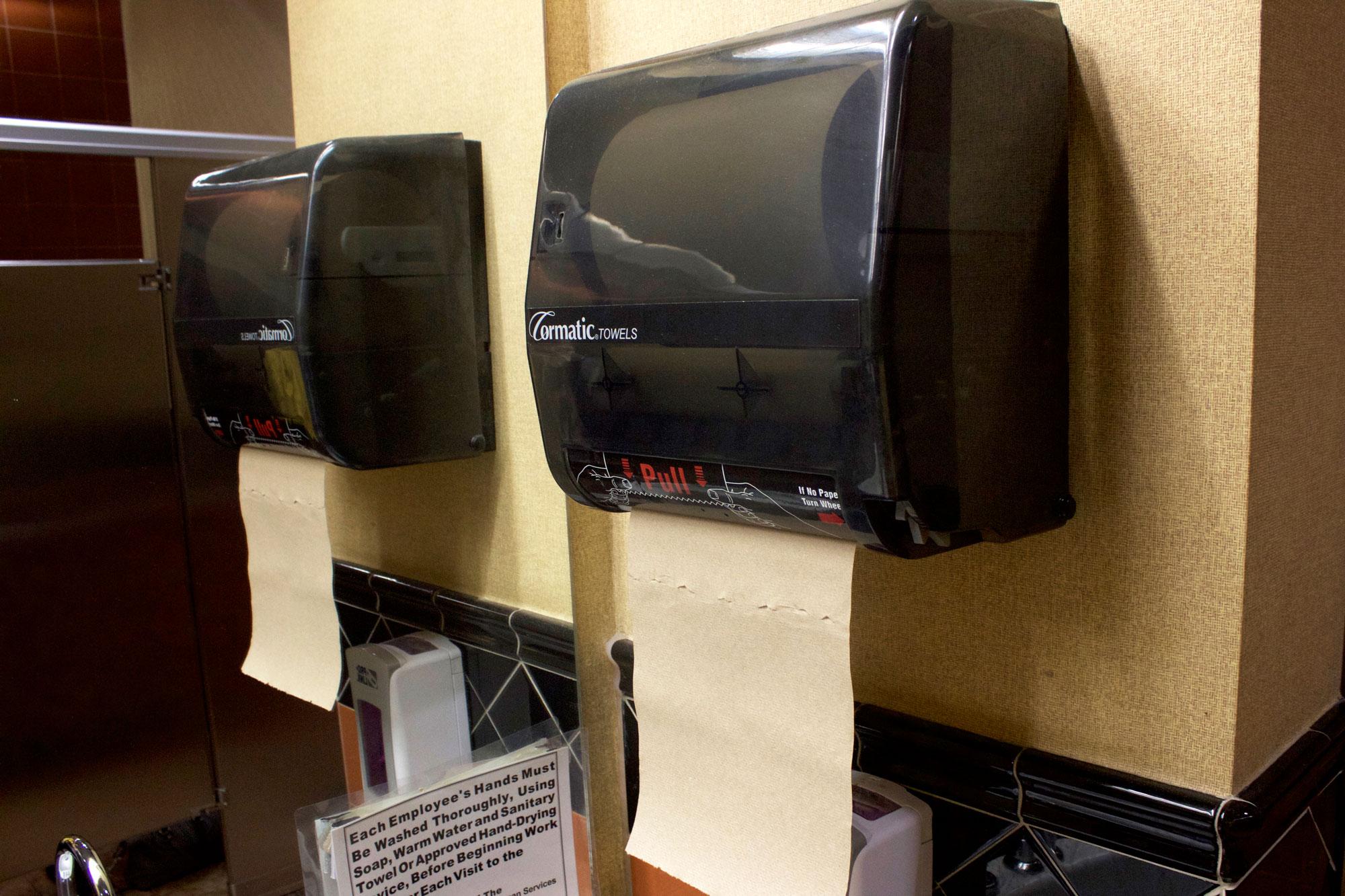 Bathrooms in the Plemmons Student Union have seen the return of paper towel dispensers after what Jeff Cathey, director of student programs in the Student Union, said was around a two year hiatus.

Cathey said Dave Robertson, the previous director, was behind removing the dispensers.

According to the PSU website, new, energy efficient, hand dryers were installed two years ago in all the restroom facilities.

Cathey said the decision to bring paper towels back was based on recurring comments from students and faculty regarding the need to have paper towels for hygienic reasons and to clean up small spills.

Cathey said there were also concerns that the hand dryers were not sufficiently sanitary for those suffering from colds or the flu.

According to a waste audit conducted by the Office of Sustainability in 2013, compostable paper comprised around 13-18 percent of waste generated in Cascades, McAlister’s Deli and the common areas of the student union.

Jennifer Maxwell, University Sustainability Program specialist, said there are plans to expand the university’s composting program but those are hampered by the lack of infrastructure in surrounding areas.

“We have to be very creative in what we do here on campus to handle our waste,” Maxwell said.

Maxwell said that, despite the challenges, there are plans to expand the composting program so the university can meet its goal of 90 percent landfill diversion by 2022.

In keeping with the university’s focus on sustainability, Cathey said there are plans to put up fliers on the dispensers which would encourage people to take a paper towel only if they need one.

About the fliers, Maxwell said outreach is tremendously important in creating a community that takes personal responsibility for reducing waste.

According to Cathey, this promotes thought about sustainability that simply removing the choice of paper towels would not.

“We want to encourage our campus community to become more aware of their choices and to make responsible choices whenever possible,” Cathey said.