Pierce Freelon uses hip-hop and creativity to stand against discrimination 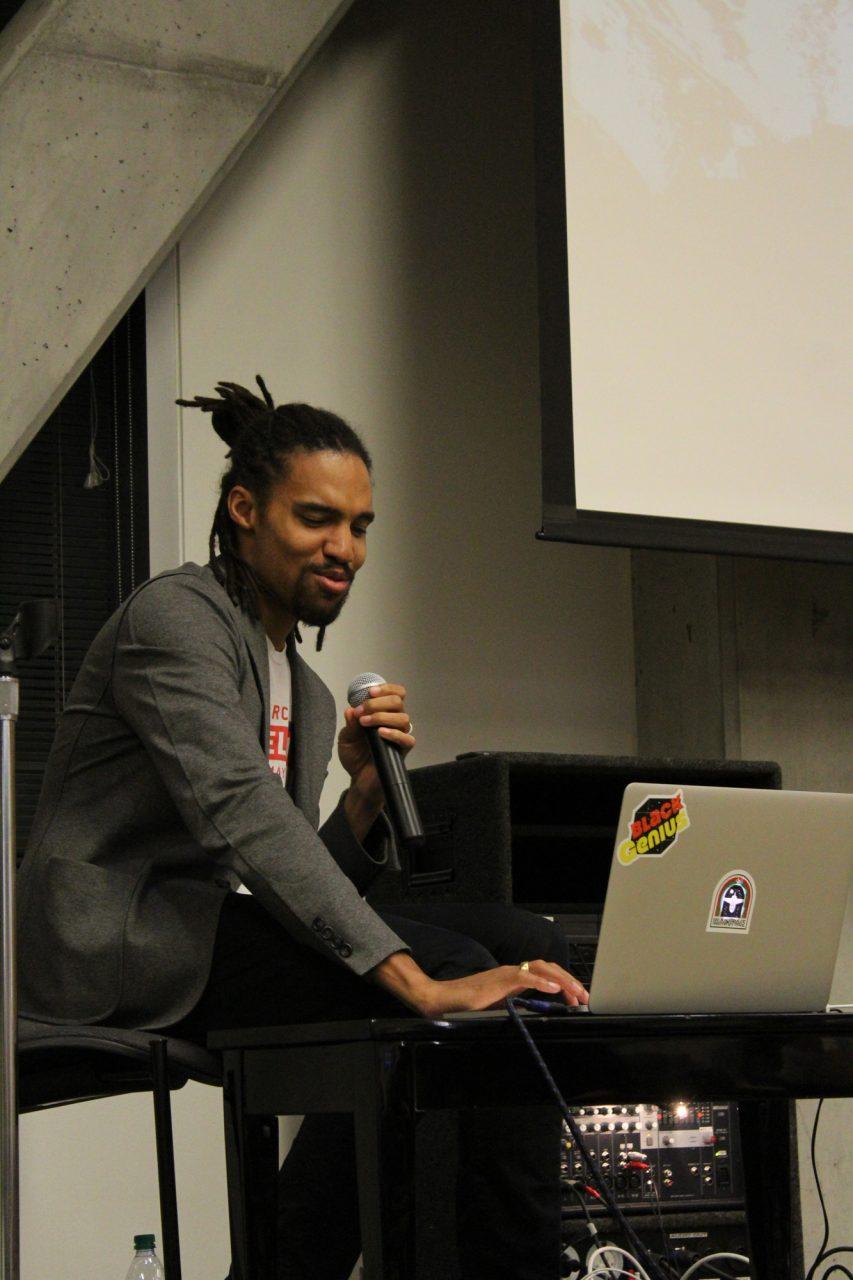 Pierce Freelon plays one of his favorite rap songs for an audience of Appalachian students. Freelon is a Durham-based rapper and activist that has travelled around Africa empowering young people through his music program known as "Beat Making Labs."

Students gathered in the Parkway Ballroom to listen to a speech on how they can use music and art to combat discrimination on Sept. 14.

Pierce Freelon, founder of Blackspace and mayoral candidate in Durham, said of all the work he does he most enjoys talking about his “artivism,” which merges the worlds of art and activism. Through visual arts, music, writing, performing arts and more, artivists challenge status quos of inequality and promote peace, intersectionality and understanding.

Blackspace, a “digital maker space” for youth in Durham, and Beat Making Lab, a PBS-sponsored webisode, are recent projects of Freelon’s. He showed an episode of Beat Making Lab where he travelled to Addis Ababa, Ethiopia to introduce young people to the power of poetry, hip hop and music.

Freelon said hip-hop is the medium he is most passionate about; he has been rapping since elementary school and is a current frontman of the music group The Beast, named after the X-Men character.

Freelon performed his own raps during the presentation, listing off his black heroes from the past and present while he made beats on the ballroom floor.

Freelon said these raps are ways to practice “Sankofa,” a Ghanaian term that means “to go back and get it,” or looking back on one’s past and heritage to understand the future.

Freelon said he focuses on deconstructing racism because it’s important to understand its origins, and showed a video that illustrated how race was used to separate people throughout America’s history.