Playlist of the week: A night at Hogwarts 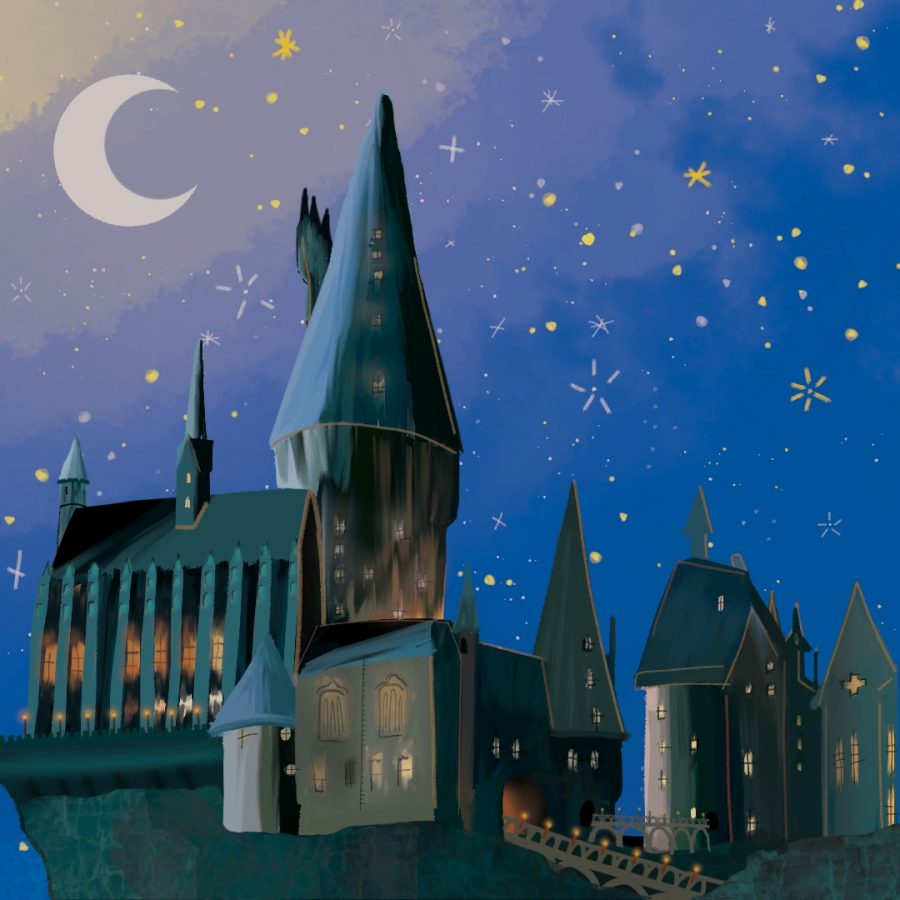 Between the pages of the “Harry Potter” books, a sprinkle of magic resides. Arguably one of the most popular series of all time, Harry Potter’s popularity partially resides in its immense world-building. From Hogsmeade to Malfoy Manor, to the Ministry of Magic and beyond, the series takes readers across a fully developed wizarding world on adventure after adventure.

Yet, perhaps the most magical, nostalgic and iconic location in the series is the wizarding school Hogwarts. The place where Potter grows up and finds his role within the magical world, Hogwarts acts as an integral foundation of the book series.

Seven stories high with over a hundred stairways, Hogwarts is a masterful work of architecture with “many turrets and towers” and windows that “(sparkle) in the starry sky,” Potter said in “The Sorcerer’s Stone.” Centuries old, the castle’s immense size and startling structure is held together by ancient, powerful magic, according to the books.

With so much to explore, put on your wizarding cloak, grab your Marauder’s Map and cast a lumos spell. Let’s take a trip through the dark, secretive and magical hallways of Hogwarts at night.