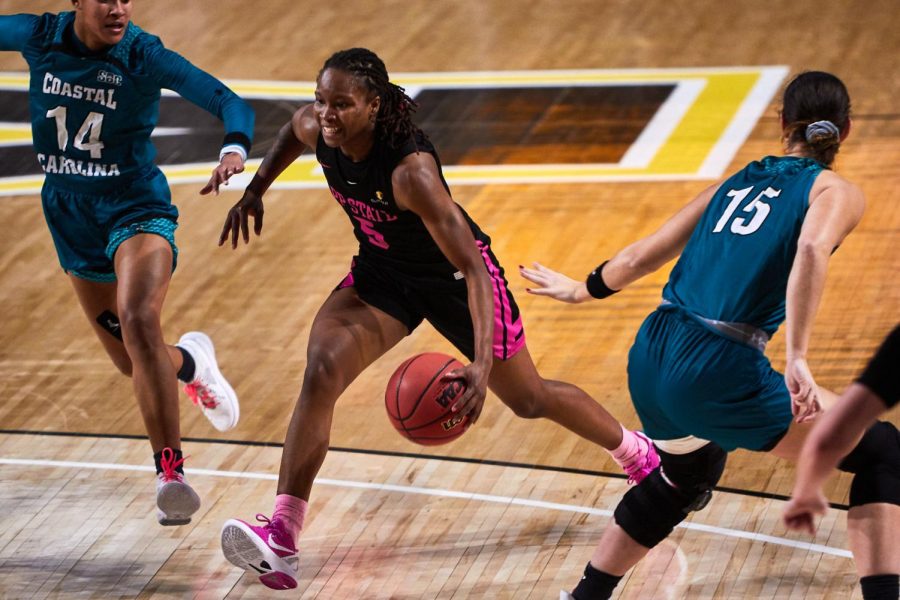 “I couldn’t be more excited to start my journey playing professional basketball,” Stanley said in a release. “To have the opportunity to go to training camp with the Washington Mystics is amazing. I want to thank #AppNation, my coaches and teammates for all of your support. With God, all things are possible. Always keep God first in everything you do.”

“Pre has truly made an impact over her four years at App State,” App State women’s basketball head coach Angel Elderkin said. “Her growth both on and off the court is one of the reasons why she has a great opportunity in front of her. We cannot wait to see the next steps of her career in professional basketball. We know she will make App State proud.”

The Florida native finished her career in Boone with the fifth most points (1,584), fourth most made free throws (383), and sixth most made field goals (561) in program history. During her illustrious career, she helped lead the Mountaineers to a WBI Championship, where she took home MVP honors, and two Sun Belt tournament semifinals.

The Washington Mystics have been one of the more successful WNBA franchises in recent history, earning back-to-back Finals appearances in 2018 and 2019, winning the 2019 WNBA Finals. Training camp begins on April 25 and pre-season action tips off May 1.