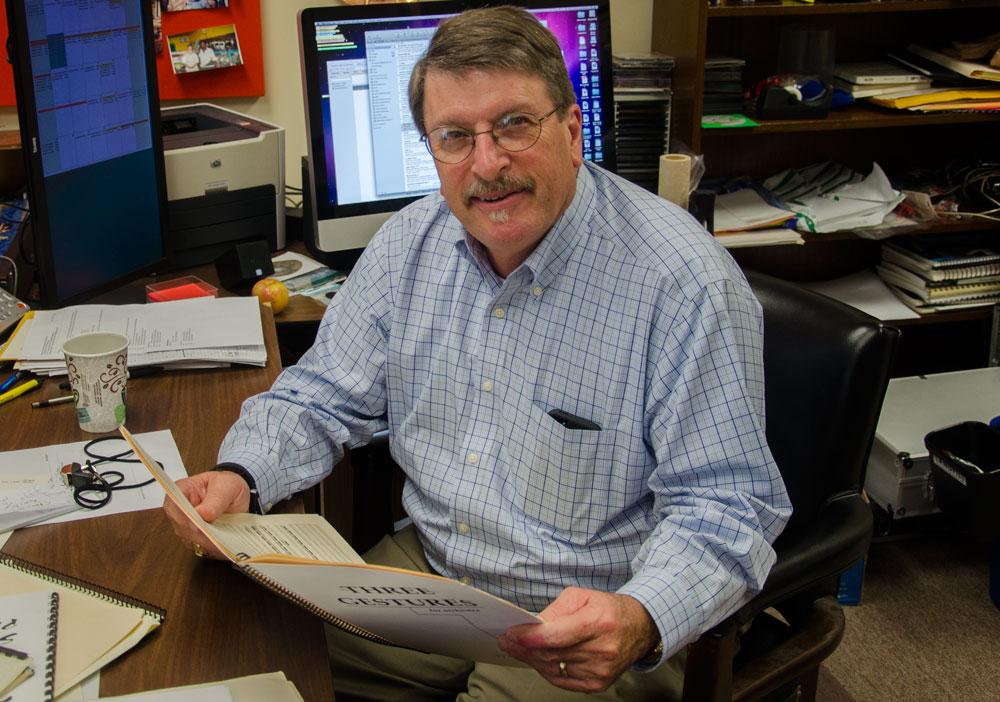 Appalachian State University’s Scott Meister is retiring after 40 years with the Hayes School of Music.

Meister is the director of the university’s Steely Pan Steel Band, as well as theory and composition programs.  He has held the Sharpe Chair Professorship of Composition for 20 years, directed the Cannon Music Camp and is responsible for creating one of just two master’s programs in the country for steel drums.

The drums used by the Steely Pan Steel Band are made by Meister himself.

“A man I was giving lessons to had purchased a steel drum in the Bahamas, and I had never seen one up close,” Meister said. “I was fascinated, and I started building my own.”

Meister is a friend of the inventor of the steel drum, Ellie Mannette, who he met in Atlanta.

Meister’s past student Jason Graves has gone on to compose the music for films and video games such as “Dead Space” and the 2013 reboot of “Tomb Raider.”  Another past student, Jonathan Scales, now plays with Bela Fleck and has his own band called The Fourchestra.

Meister described his composition style as very visual and outside the box.

“This is academia, we should be at the cutting edge of music,” Meister said. “You have to see my music to hear my music.”

Meister has written pieces incorporating unconventional elements such as winds playing into pyrex bowls filled with water. Additionally, he built the university’s electronic music studio and used electronic sampling in his music at the advent of the technology.

Meister is also a recipient of the university’s Appalachian Global Leadership Award, Hayes School of Music outstanding teacher award and the W.H. Plemmons Leadership Medallion.
Meister was hired by the university in 1974 at the age of 24.

“In 1974, the university was looking for a percussionist, a composition teacher, someone to direct the jazz band, someone to build an electronic studio and someone to teach theory,”  Meister said. “I fit the bill, so I interviewed for it and got the job.”

Meister said the Hayes School of Music has grown tremendously since he first started teaching.

“I.G. Greer was the music building when I came here and we had about 20 music faculty,” Meister said. “Now we have about 50.”

Meister said he will miss his students the most after retiring.

Junior music education major Tyler Stark is one of Meister’s students. Stark said that Meister is a very practical teacher and emphasizes the hard work it takes to make it as a musician.

“He talks a lot about putting in the work to be the best, how to get things published and the reality of working in music,” Stark said.

Associate Dean of the Hayes School of Music Jay Jackson was Meister’s student at Appalachian when Meister was first hired by the university.

“I was the only percussion major in the department of music in 1974,” Jackson said.  “I had only had master’s students as instructors up to that point, and I was about to move to another institution.”

Jackson said when he heard a full-time percussion instructor was going to be coming to the university, he decided to stay.

“It was my junior year and I was looking to be a high school band director,” Jackson said.  “It comes to no surprise to me that he has had the success that he’s had.”

“Nobody spends a career in one place and doesn’t leave their personality there,” Jackson said.