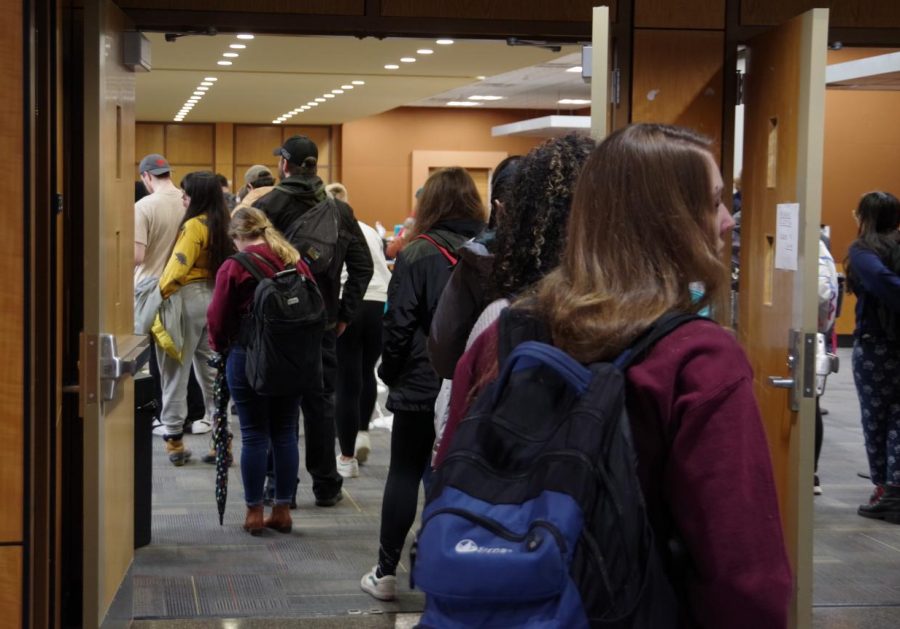 Hundreds of people have stopped by to vote at the Plemmons Student Union voting site on Tuesday.

“It’s doing really well,” Gary Moorman said. “It’s crowded, and a lot of people here are trying to vote and, you know, some people are confused and sometimes, the voting regulations are confused as to what precinct you vote in and how, what happens if you’re not in the right precinct.”

Moorman is the site manager for the Plemmons Student Union voting site and the chief judge for Super Tuesday.

Some voters are confused about for the precinct they can vote in. The Plemmons Student Union voting site is the Boone 2 precinct.

The longest line is the provisional ballot line, which poll workers estimated would take roughly an hour to get through. The line was roughly 10 people outside of the door of the polling site.

“I would say anybody who’s planning to vote in November that they would do themselves a big favor by doing early voting, the one stop voting,” Moorman said. “We never had a line as long as five minutes in two and a half weeks of early voting.”