Ransom Cafe: Music of the past 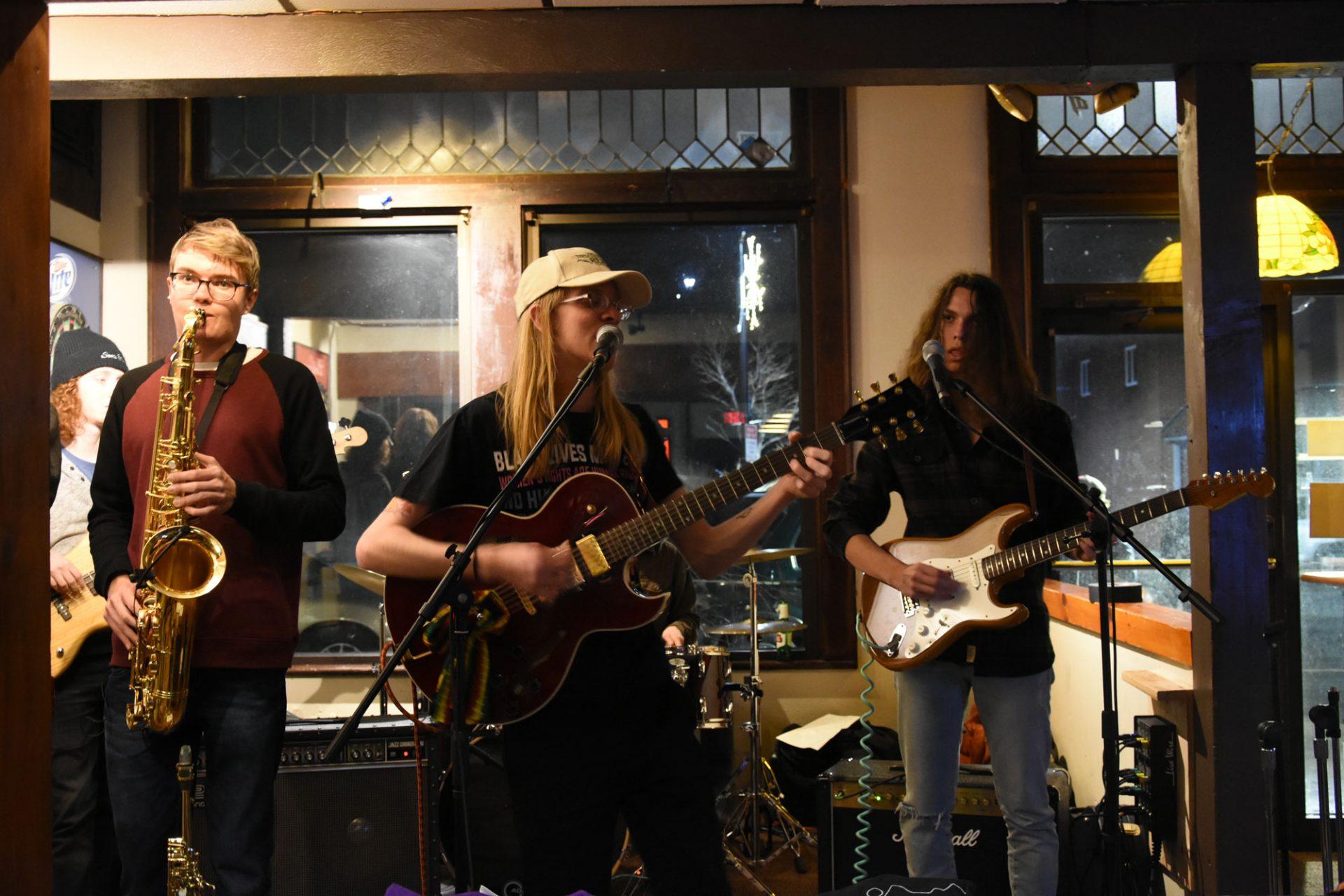 Evan Button & the Tribe singing "Where Should I Go" at Ransom in downtown Boone on Jan. 20.

Ransom Cafe and Pub, located in downtown Boone on King Street, is home to eclectic pub grub and live music sessions, one being their weekly old time music jams. Happening every Wednesday night starting at 7 p.m., Ransom welcomes any old time music lovers to come sit down and enjoy authentic music performed by some of the best musicians in Boone.

These weekly jam sessions have been going on for nearly six years since this past Halloween. Ransom had been formerly called Murphy’s when John Payne and Mike McKee got the offer to perform. With groups of 8-15 musicians, the old time music sessions have brought guests from near and far to sit down and have a drink as guitars, mandolins and all sorts of instruments fill the pub with music.

Usually the regulars of the jam sessions are students of Appalachian State, with a few older citizens of Boone joining. However, the music jams have brought people from all over the country and even the world to come and play, or simply listen.

One player who performs at Ransom nearly every week, McKee, said, “After the establishment of the music jams, we began to grow a bigger crowd size every week we would perform. Starting off small, the music jams now have bigger and more energetic audiences.”

The old-time music jams even attract audiences to Boone from all around the world.

“One music group from Scotland even came to Boone to play with us,” McKee said. “They come back every year for winter. They hate the heat, so they’ll never be here any other time. Another group from Canada had heard about the jams and was excited to play here in Boone, even travelling down nearly every spring because of them.”

The age range of the players falls between 15 to 70 years old, attracting people of all ages to come and perform for the crowds at Ransom. The players didn’t even take a break for the Christmas or New Year’s holidays and even attracted more crowds during the break than they had ever seen before.

But what exactly is an old-time music jam?

John Payne, another one of the weekly musicians, said, “They’re most definitely not a concert where every song is already prepped for performance. A jam is when one person of the group picks a song to play and leads it while the other players try to follow along. Most of the time, the song will be something that we all know and are able to keep up with, but sometimes we just have to wing it and hope for the best. A jam session is supposed to be completely participatory, with every player putting in all they’ve got to make the music as great as it can possibly be no matter what happens.”

McKee and Payne also perform every Thursday at 7 p.m. at the Jones House on King Street. There, they perform traditional folk music in the kitchens of the house, where the best acoustics are located.

At Ransom, the players sit in a circle in the middle of the room and take turns leading the song. The instruments involved span anywhere from banjo, guitar and fiddle to dobros and harmonicas. The fiddle is the most dominant instrument, providing the rhythm for the other players to follow along with.

Spanning from derived tunes of the British Isles, most old-time music lovers can recognize a tune by the first note, allowing the players to pick up on the song and immediately get into the groove of the rhythm. Even if a player does not recognize the song during the session, they will still strum along accordingly to provide some background music while the others take the lead.

“I’ve always been a big fan of any older music, like swing or folk,” Haley said. “I just love the traditional sounds and instruments of the music, as well as the unique history of old-time music. It’s always been extremely fascinating.”

Ransom also provides other live music gigs for App students and the citizens of Boone. According to their website, they have “something for everyone.” One of the many reasons people come to Ransom, besides the food and old-time music, is because Ransom is also in cooperation with the Wine to Water Association. Some of the proceeds from meals sold are donated directly to providing clean water to those in need around the world. While partaking in the food and music, visitors will also be helping those less fortunate.

Featured Photo Caption: Evan Button and the Tribe singing “Where Should I Go” at Ransom in downtown Boone on Jan. 20.