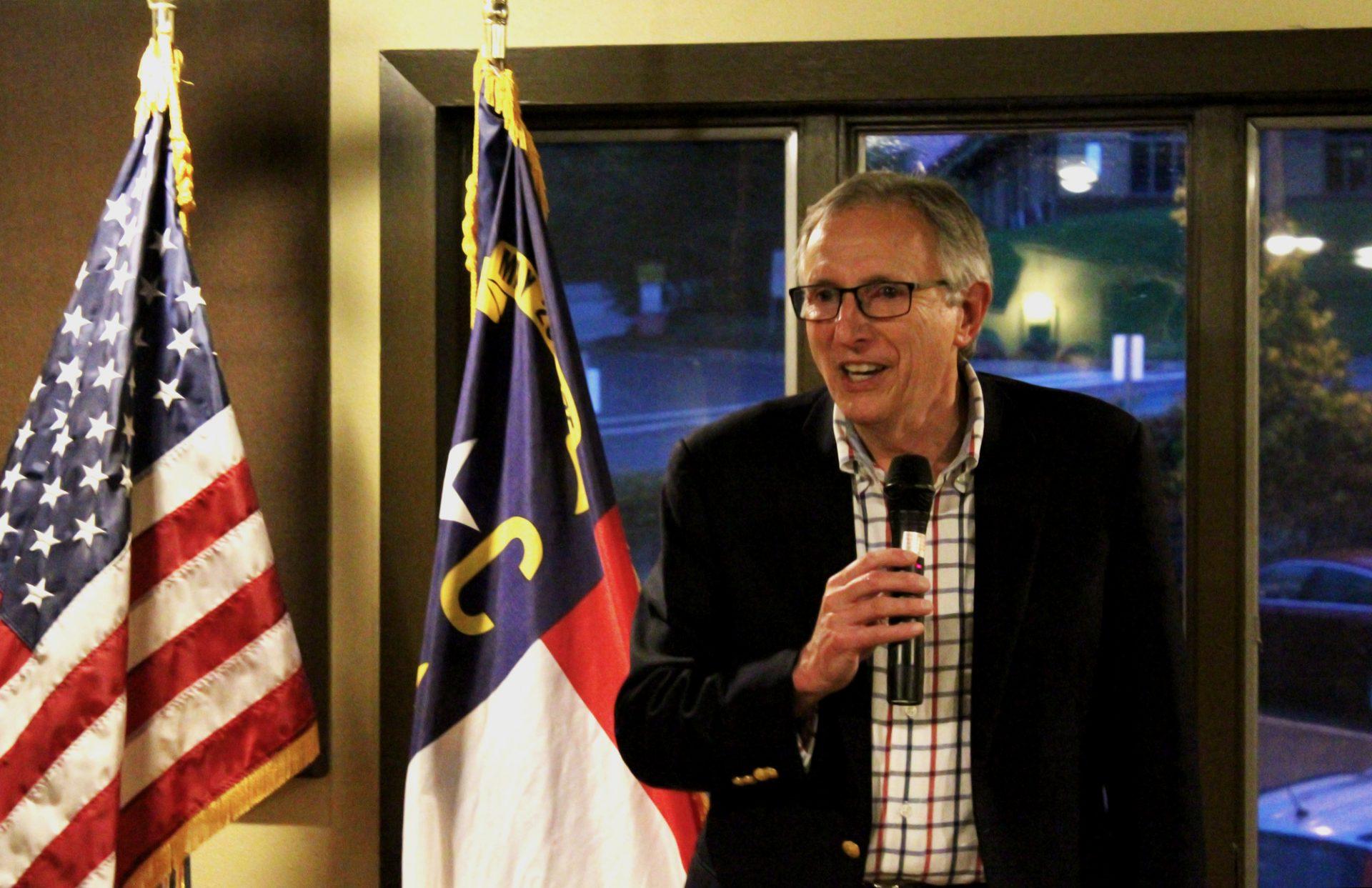 Ray Russell speaking to a small audience of supporters. Russell annouced his candidacy for the 93rd district of the NC House on Tuesday at Lost Province.

“He is a friend to us all,” Clawson said. “He is also a skilled communicator, a scientist, an educator, an entrepreneur and a minister. He has proven that he cares about North Carolina and is totally qualified to lead as our next state representative.”

Russell began his announcement with an anecdote about a meeting he had with Graig Meyer, a representative from the 50th district, in which he described the reasons why and how he began Ray’s Weather.

“Graig looked at me and he said ‘Ray, you just described to me how to win an election for the House of Representatives. It’s about having a passion, training yourself and getting ready to do this [job], being honest, be yourself, mix in a little humor at times and be uplifting in your community.’”

In his message, Russell described a campaign based on respect, listening to voices—whether they align with his views or not, leading and being a decent person. Russell also said that he was originally inspired to run after the outcome of this past year’s presidential election.

“I kept thinking, ‘Somebody needs to step up,’ but the more I thought about it, I realized that maybe I was the person who needed to step up,” Russell said.

Willow Larson, an intern for Russell’s campaign, said, “He talks about decency. He talks about education and after the 2016 election, I think those are the two things I care about.”

“I think what I really liked most was just the idea of bringing decency back into the political process,” Sandy Windelspecht, a resident of Blowing Rock and former professor at App State, said. “I think the current political climate is to create division, which is very apparent from the White House. I think we need to have someone that is going to fight that and create a climate that is more inclusive.”

“The heart of North Carolina is ‘Love your neighbor as yourself,’” Russell said. “In the coming campaign and eventually in the North Carolina House of Representatives, I’ll live out that principle by demonstrating respect, listening to your voices and leading with innovation and skill.”

Russell will be facing either incumbent Rep. Jonathan Jordan or App State student Robert Block, depending on who wins the Republican primary.

CORRECTION: An earlier version of this article stated Ray Russell would be facing Jonathan Jordan and Robert Block in the House District 93 election. Since Russell is a Democratic candidate, he will only face one, depending on who wins the Republican primary between Jordan and Block. This change was made on Nov. 3.