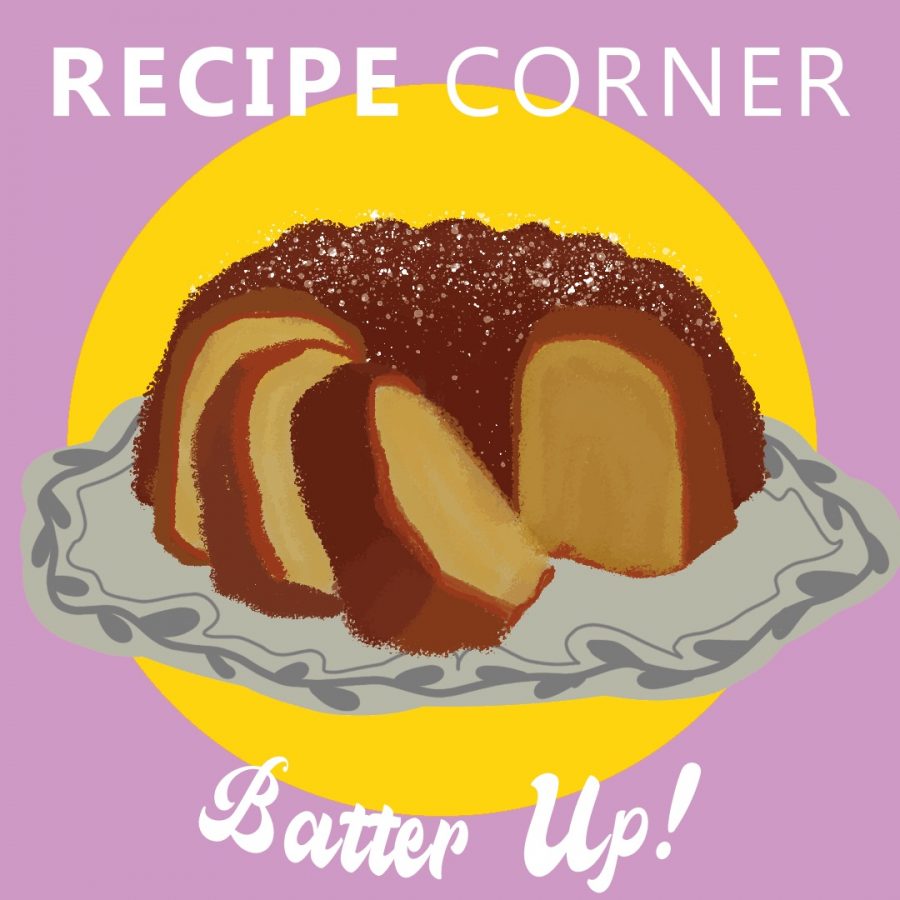 There are two secrets to making a dense, buttery pound cake with a tender crumb, and they both start with the batter: bringing your ingredients to the same temperature and avoiding overmixing after the flour has been added. If your ingredients are the same temperature, the butter and sour cream incorporate more easily when you cream them, and the eggs don’t change the batter’s temperature before it bakes. Overmixing the flour in the batter helps form the gluten strands, which give bread its nice chewy texture but ruins the tender crumb of a pound cake, so mixing the flour as little as possible helps prevent the gluten strands from growing before you want them to. Ensuring your ingredient temperature and careful beating make a pound cake with a soft crumb that’s plenty sweet on its own, but wouldn’t say no to some whipped cream either. Try toasting a slice in the toaster or under the broiler, or use it to make French toast for breakfast instead of bread (no, really, try it!)

Step one: Preparing the ingredients

Allow all ingredients to come to room temperature together for at least an hour (do not skip this step). Butter a loaf pan and line with parchment paper to make removing the cake easier. Preheat the oven to 375 F.

Cream the butter, sour cream and sugar together until very light and fluffy, 3 to 5 minutes, scraping down the sides of the bowl as necessary. Add the vanilla extract and kosher salt, beating on medium speed until combined. Beat in the eggs one at a time, mixing until combined. With the mixer off, add the flour and baking soda; turn the mixer on low until just combined. Do not overmix.

Pour the batter into the prepared loaf pan. Bake in the preheated oven for 45 to 60 minutes; cake is done when a toothpick or skewer inserted in the center comes out with a few crumbs and the top is golden brown. Cool in the pan for 10 minutes, then lift to a rack or the counter covered with a clean dish towel to cool completely. Slice and serve plain or with whipped cream, berries, ice cream, etc. Leftovers can be stored in an airtight container up to a week or frozen.