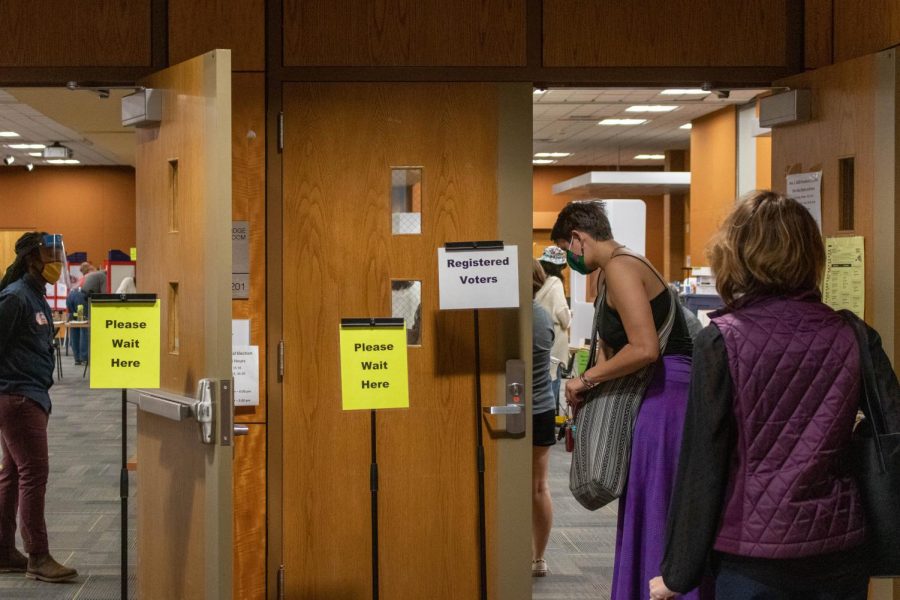 Community members wait in line outside the polling site in the Plemmons Student Union's Blue Ridge Ballroom on October 15, the first day of early voting.

With less than two weeks until Election Day, North Carolina has already surpassed half of the total votes that were cast in 2016.

In 2020, over 36% of registered voters in North Carolina have cast their ballots either in person or by absentee ballot.

Over 2.7 millions have cast their ballots so far while 4.7 million cast their votes in 2016. Over 2 million of those ballots have been cast in person during early voting.

“I just want to thank the over 25,000 election administrators who have been doing this work day in and day out,” chair of the North Carolina State Board of Elections, Damon Circosta, said.

The App State campus voting site — the Blue Ridge Ballroom in the Plemmons Student Union — has seen the most votes with over 3,500. The next highest early voting site in Watauga County is the administration building which has seen over 2,900 voters.

Watauga County is matching the statewide voter turnout so far in 2020.

Much of the increase is due to absentee voting. In Watauga County, this year has seen nearly triple the number of absentee ballots than it saw in 2016.

There is just over a week left of early voting which ends Oct. 31 at 3 p.m. The following early voting sites are open in Watauga County: