Renovating App: Solidifying the next steps for Sanford Hall 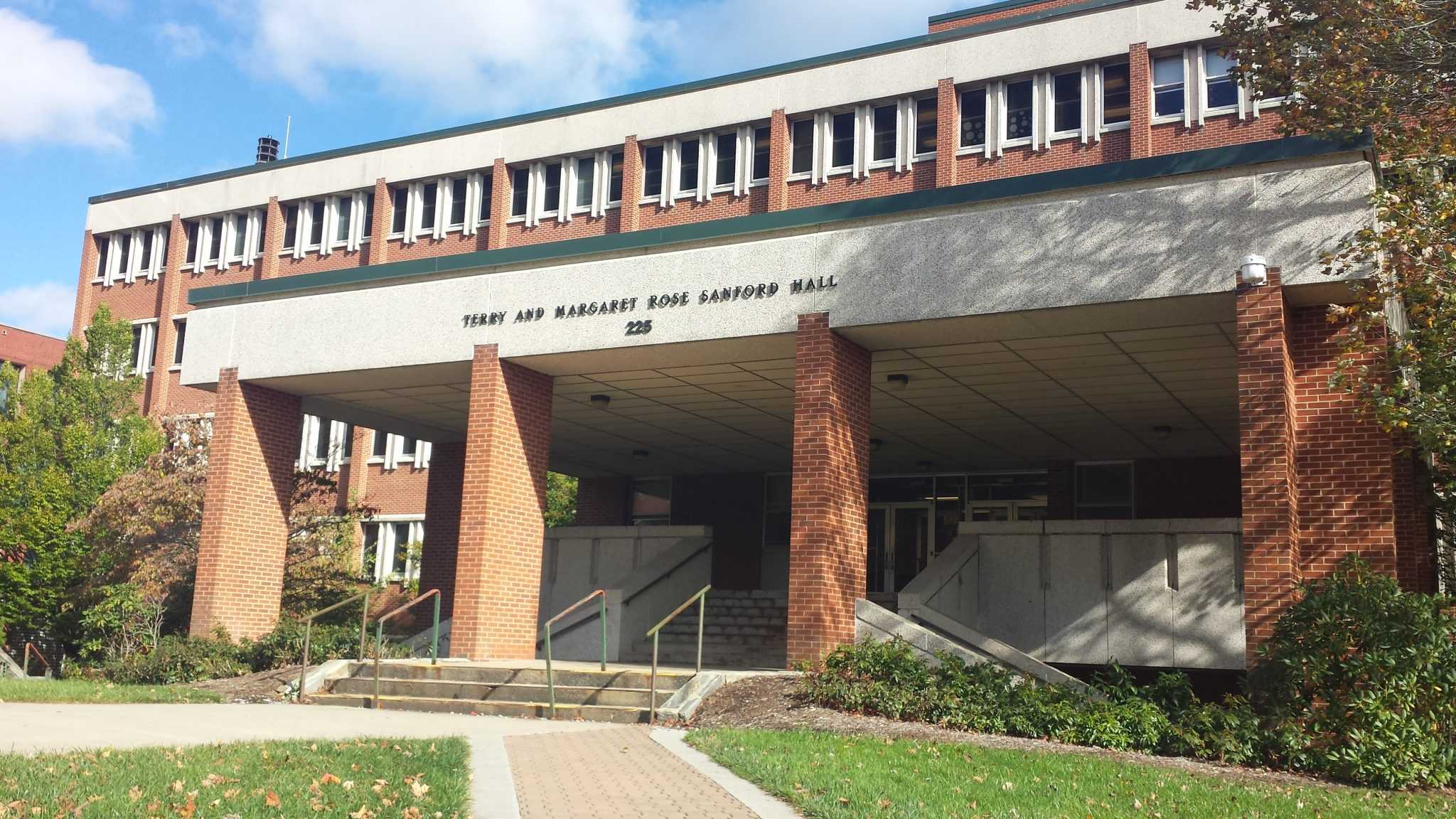 The front of Sanford Hall, Appalachian State's building that is up next for renovation.

BOONE — Sanford Hall is currently in talks to become the next project for renovation on App State’s campus, according to administrative officials. Originally opened in 1968, Sanford has been in use for nearly 50 years without any major restorations. Paul Forte, vice chancellor for business affairs, spoke of a project restoring the building within the next year.

“In the [App State] master-plan, East Hall is scheduled for demolition and that would be an entryway to the university. So redoing Sanford Hall as the first building you’d see would be a really nice addition,” Forte said.

Sanford Hall would be the latest in a string of renovations and building projects the university has undertaken. This past August saw the opening of Howard Street Hall which was previously home to a church.

It has been renovated into several classrooms and offices while the Beaver College of Health Sciences is slated to add several new buildings in the fall of 2018.

Appalachian has also acquired the former Watauga County High School with plans of repurposing the space for the university.

Although only currently in the planning phase, Appalachian officials said that renovation on Sanford Hall could coincide with the opening of the College of Health Sciences.

Art Rex, the director of space management and planning, and Darrell Kruger, provost and executive vice chancellor, spoke of the benefit of being able to move classes currently in Sanford to the health sciences buildings during construction.

Rex elaborated by saying two floors had recently been worked on, though mostly cosmetically with tile replacement and fresh paint. Plans for this more major renovation would most likely revamp everything excluding the bone structure which is still architecturally sound.

“One of the things that has been kicked around, because the elevator is so antiquated, is to use that shaft for mechanical stuff that runs in the building,” Rex said. This would include running electrical wiring and an air conditioning system that the building currently lacks.

More than just updating the amenities, Kruger said that refurbishing the building would help the building last another 30 to 50 years.

“If you look at our student growth and hiring more faculty, obviously we need to increase the space we’ve got,” Kruger said. “We can do it in a couple ways. One way is basically to renovate existing space. Then the other way of course is to build additional space.”

Kruger said that because the building is still sturdy, it would cost less money to restore Sanford than to build something from the ground up.

“That space is very well used. For the amount of money that we’ll invest we’ll get lots of benefits from it,” Kruger said. He said this was especially true because outside of transfer students, nearly every student will attend a class in Sanford Hall.

While no target budget for the project has been set yet, early guesses put the number around $14.5 million, some of which could potentially come from a small fee for students, administrative officials said.