Renovations for the Appalachian Theatre underway 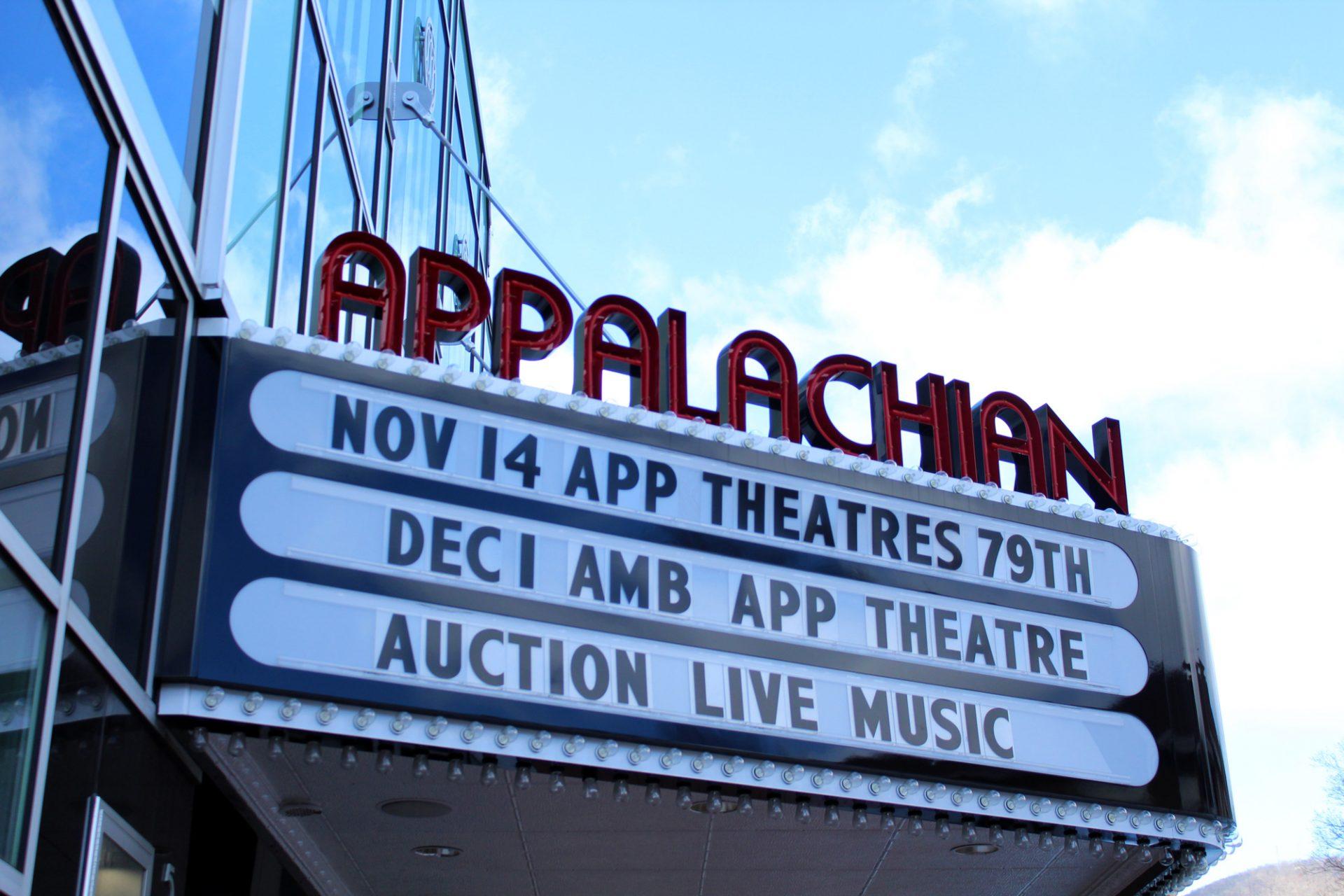 The Appalachian Theatre's marque. The Theatre has been a historic symbol of Boone for years.

On King Street sits a local historical site with a dramatic past. The Appalachian Theatre, originally built in 1938, burned down on Jan. 21, 1950, and was closed in 2007 due to the recession. In 2011, the theatre was purchased by the Appalachian Theatre of the High Country Inc., a local nonprofit with hopes to reopen the theatre.

“We hope that when we reopen the theatre, the stage will be larger,” John Cooper, a chair of the Board of Trustees for the theatre, said. “We want the stage to be larger so that theatre groups can use the facility for productions and music festivals. We’ll have an elevator in the back of the stage, as well as catwalks in the ceiling to project the lighting down onto the stage opposed to the original footlights that are already here.”

The website for the nonprofit, savetheapptheatre.com, said that the nonprofit plans to reopen the theatre through “outreach to and inclusion of local, regional and national artists in our programming, the formation of strategic collaborations and partnerships, the active engagement of the community in establishing, using and sustaining the facility and through the cultivation of relationships with groups or individuals who will use the space on a regular basis.”

Susan McCracken, a member of the board of trustees and a director of career development and economic engagement at Appalachian State said that she was inspired to start working with the theatre because of the impact it could have on the Boone community.

“I believe strongly in the economic and social impact of the theatre,” McCracken said. “I really want to resurrect a community landmark like the theatre because it will bring a different segment of life back to downtown Boone. Not only will it bring opportunities for music to be performed, but it will engage students to get involved with the community.”

The renovations to the theatre will change the original design. Efforts to restore original structures of the theatre were unsuccessful, but new improvements will transform the old theatre into a modern performance space.

“We will have dressing rooms, a mechanical room and a green room under the stage,” Cooper said. “We also plan to build an orchestra pit so that the facility can be used by the university here in Boone for their opera performances.”

Currently, the building is scheduled to undergo renovations in the spring and could reopen within a year.