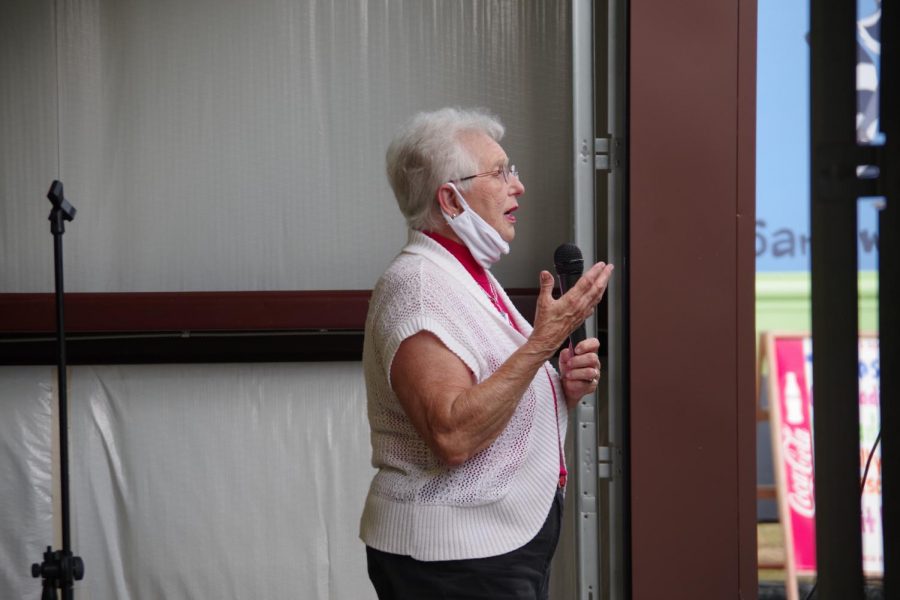 Congresswoman Virginia Foxx speaks to the crowd at the Watauga County GOP event Sunday evening about the importance of the 2020 election.

The main issue for many of the candidates was simple: get out and vote.

Pickett is running against Ray Russell for the North Carolina House of Representatives District 93 seat. Russell defeated Jordan in 2018.

Jordan had served four consecutive terms in that position.

“We have to be very vigilant, we have to turn out our voters,” said Congresswoman Virginia Foxx.

“We lost some wonderful candidates,” Castle said. “We didn’t support them and we didn’t go vote. People get complacent.”

In 2018, every Democrat running for office in Watauga County received the majority of votes in their race.

“Those students on campus that are pushed from those liberal pressures. Those are the ones that make us go democratic in this county with every election,” Keller told the crowd.

He also encouraged people to register to vote if they have not.

State Senator Deanna Ballard told the crowd the election was about two things: chaos versus community and choice versus no choice.

“I would want to say at the state level as a whole one thing that this election is about is about one man versus we the people and that’s our governor,” Ballard said. “Our governor has had extreme absolute authority and power to make the decisions that he’s been doing.”

Ballard brought up how the legislature, which is a Republican majority, has tried to pass bills to reopen the state.

While the invitation stated masks were mandatory — a requirement under Gov. Roy Cooper’s guidelines — many chose not to wear them.

“You know, the Democrats cannot win at the ballot box. They just can’t,” Foxx told the crowd. “But, they can win in the courts and they can win with absentee ballots.”

App State freshman football player Anderson Castle was there with his family and a few teammates in support of his dad, Todd Castle.

Collins said seeing peers his age made him feel better about his club’s presence on campus.

Senior Isaiah Gordon attended the event and helped organize parking. He was also glad to see college-aged people at the event expressing their political beliefs.

“People should be able to express their political beliefs without being in fear of backlash from anybody,” Gordon said. “That’s a very important thing. That’s what makes America what it is.”

John Moncrieff, president of App State’s Turning Point USA — a conservative non-profit — said he’s ready to get to work for the candidates.

“I’m excited to see what we can do for them and hopefully we can flip a few seats and go from there,” Moncrieff said.