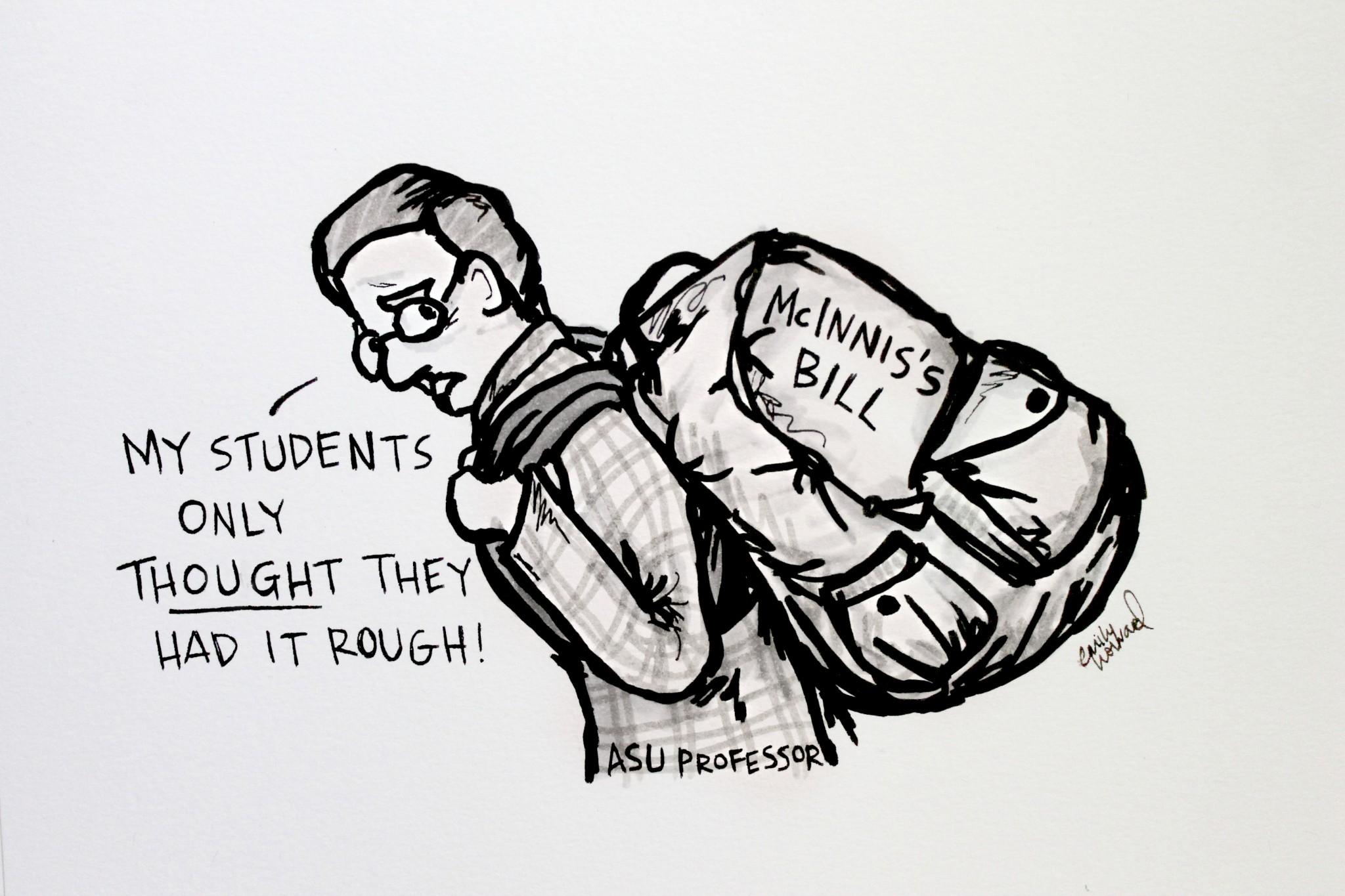 State Sen. Tom McInnis filed a bill March 26 that would require all professors in the UNC system to teach at least eight classes per school year. Faculty salaries would be pro-rated for professors who taught less than eight courses.

The bill states that any shortfalls in professor salary may be “supplemented with the proceeds of the constituent institution’s endowment fund.”

In addition to being an attack on faculty, this bill embodies the view that many in the state government have of what education is not and should be.

Conservative think tanks like the Pope Center have long criticized the UNC system for not being efficient enough.

In particular, the center has released several reports over the years questioning whether or not faculty members could assume greater class loads.

For the conservative policymakers at the state level, higher education must be measured almost exclusively by its quantifiable results. Gov. Pat McCrory, in the interview with Bill Bennett early on in his administration, said famously that the emphasis should not be on the number of butts in seats, but in “how many of those butts can get jobs.”

By requiring professors to teach more classes, and suffer financially if they do not, Sen. McInnis is trying to impose this type of philosophy in the system.

Results matter, of course. As a public institution, the UNC system should be held to certain accountability standards.

The particular view pushed by these conservatives in state government miss the point by tying the value too strongly to these metrics at the expense of the less tangible, but no less valuable, aspects of university work.

The work of college professors consists of more than simply teaching. Research is able to contribute in both concrete and intangible ways to our collective body of knowledge.

Also, the non-teaching work professors do has an impact in the classroom.

Behrent added that the passage of the bill would likely cause many professors to leave the state.

This bill comes out of the type of narrow thinking about higher education which has already done so much damage to the UNC system.

Passing this bill would be one more step in the wrong direction.

Griffin, a junior journalism major from Madison, is an opinion writer.