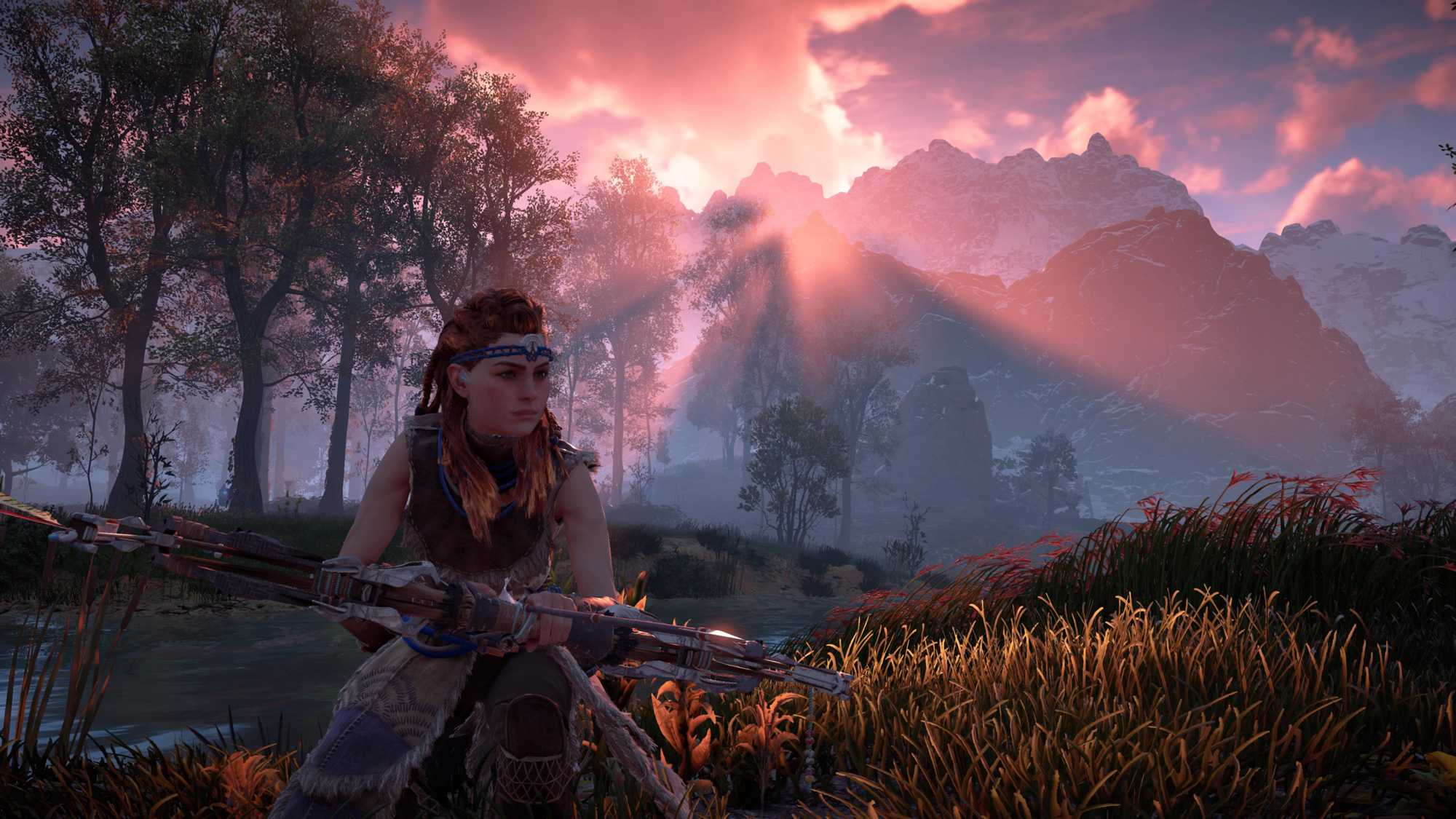 Horizon Zero Dawn, a long-anticipated, open world role-playing game set in a post-apocalyptic world filled with mechanical beasts, was released on Feb. 28 as a Playstation 4 exclusive.

The game revolves around the life of Aloy, an outcast of unknown birth who makes it her goal to discover the identity of her mother and prove herself worthy of rejoining society as an accepted citizen.

The family hierarchy in Horizon is matrilineal, which is how Aloy became an outcast. Without any idea of who her mother was and with no one to claim her, Aloy was cast out. As a child, she found a token of the old world called a focus, a device which gives her special powers and the ability to understand old world technology. Essentially it is the Google Glass of the future, but amped up.

You can scan the Earth with the touch of a button, locating enemies and highlighting their weak points, as well as picking up footprints, blood trails and audio logs that keep you informed about the environment.

The game is set in a time after our civilization has gone to waste; only certain elements of the past human footprint remain, such as the focus and other rare technologies. Most characters fight with bows and swords, and hunting and gathering is a big aspect in the game, if you want to survive. Perhaps scarier than the enemies of opposing tribes that you have to worry about are the giant mechanical beasts who roam the land.

Regardless of what you’re doing at the moment, it is almost impossible not to stop while playing the game and take in the world around you. Every remnant of the old world is covered with overgrowth. The colors of the world are rich and striking, and the land is packed with detail. Even if you finish the main quest first, you’re going to have a whole world left to pick through.

Horizon combines a lot of elements that are lost in other open world games. Usually, there is a lot of give-and-take with games like these. The graphics are beautiful, but the mechanics are limited. The movements and abilities of characters are diverse and realistic, but so much so that they seem a burden and affect the playability of the game.

Horizon combines playability with beauty, and does it better than almost any open-world game that has been released in years. The visuals are striking, but so is the gameplay. The movements are fluid and intuitive, and the incorporation of the focus gives the player a feel of the land that most other games lack. After years of playing games, there is something very satisfying about sliding down a steep hill, rather than awkwardly glitching to the bottom.

While the game at the beginning equips you with the basics, players must figure out how to work out more complex controls associated with trading and combat. Aloy has an ingrained connection to the land, when you pass over materials to harvest, she comments on them, reminding players that they’ll need those resources soon enough.

The controls and the landscape work together to make a game that plays well and looks revolutionary.

Horizon is the biggest game to be made thus far by developer Guerilla Games, and when the idea of the game was being pitched back in 2011, director Mathijs de Jonge described Horizon as being the “most risky” of all the ideas the company had thus far. Apparently, being risky paid off.

As far as critics are concerned, the game has high marks all across the board, with Metacritic giving it 88 percent, Gamespot giving it a 9 out of 10 and IGN giving it a 9.3 out of 10. At the 2016 Game Awards, Horizon was a nominee for the most anticipated game.

In top UK sales, Horizon has passed The Legend of Zelda: Breath of the Wild to the top of the charts, with only two extra days of sales to climb to the number one spot. Breath of the Wild, which was a release title for the Nintendo Switch that came out last Friday, was also a highly anticipated game with the weight of a long-running series and new console to encourage sales. Yet, Horizon prevailed as the most successful title.

As a female, a huge part of this game’s appeal to me was the fact that the main protagonist was also female. Playing as Aloy isn’t a choice, she is the main character that the game was built around. In an industry where most single-protagonists are exclusively male, it is refreshing to see a reversal of the tired norm. Representation is a heavily debated topic in the video game industry, and having someone like Aloy in the spotlight finally lands a victory on the side of the underrepresented.

Aloy will likely go down in video game history as an iconic female powerhouse, much like Samus from Metroid, Lara Croft from Tomb Raider, Chell from Portal 2 and Ellie from The Last of Us. She can’t be removed or switched out, because she is unique.

While the premise was nothing too mind-blowing or innovative, it still managed to grab me in a way most games lately have failed to. Combined with Horizon’s beautiful scenery and progressive character choice, the game gets high marks from me. I won’t stop playing it any time soon, and if I do, it’ll be hard not to think about going back.