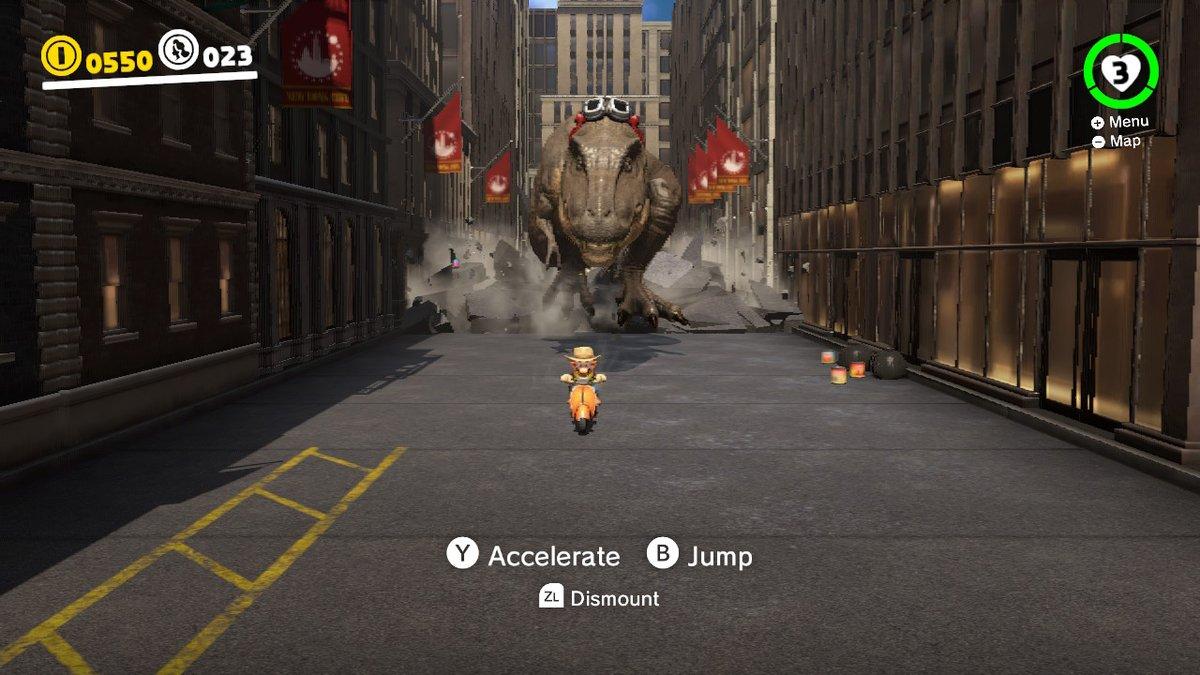 “Super Mario Odyssey,” the newest Super Mario 3D platforming game, is a tremendous return to form for the series to the open-world, sandbox style of the classic “Super Mario 64.”

The story is the typical fare expected of a Mario game; Bowser has kidnapped Peach again, this time to force her to marry him. It is up to Mario to stop him, this time with the help of Cappy, a sentient hat from a world of sentient hat people.

Learning how to use Cappy is essential to mastering the game. The most unique use of Cappy is to possess certain enemies; while you can’t possess every enemy in the game, each world has unique enemies that can help you traverse the environment and reach hidden areas.

For example, in the forest world of Steam Gardens you can possess Uproots, enemies that have long, extendable legs. You can use this ability to reach higher locations or push platforms or objects into the air which plays heavily into the kingdom’s boss battle.

Probably the most exciting enemy you can posses is a T-Rex (in the very first kingdom no less) which is just as ridiculous and fun as it sounds. Smashing everything around you is incredibly satisfying and, while the T-Rex is rarely used, it’s an incredibly fun time when it is.

Cappy is equally useful in platforming and general gameplay. Cappy can be thrown forward, upward or around in a circle to hit enemies or destroy objects. It is possible to throw Cappy forward, hold him in place temporarily and then jump on him like a springboard, allowing you to reach distant platforms or areas.

Through the 14 different worlds playable in the game’s main story – ranging from sprawling worlds like the bustling, upbeat metropolis New Donk City to smaller areas like the bleak, gothic ruins of Crumbleden – there’s plenty to explore. My personal favorites are Lake Lamode, an underwater world, and Fossil Falls, the first world in the game.

Replacing the traditional Power Stars are Power Moons which can be found by completing tasks, solving puzzles, completing platforming sections or boss battles and more. There’s over 880 Power Moons to collect which can seem daunting, but it never feels like a chore to find them.

While “Super Mario Odyssey” draws its inspiration from the large worlds of “Super Mario 64,” it places much more of an emphasis on exploration and less on missions. Massive worlds like the Sand Kingdom have upwards of 80 Power Moons to find, many of which are only available after beating the main story.

There are also special coins cleverly hidden throughout each level which can be exchanged at a store for special costumes. Mario can be outfitted to look like a cowboy, pirate, samurai or even as his polygonal “Super Mario 64” version, my personal favorite outfit in the game. Most of the smaller kingdoms have 50 coins, while larger ones have 100.

With all of those Power Moons and coins to collect, there are plenty of things to explore and exploring in and of itself is a blast. Mario is easy to control and the colorful, diverse worlds are fun to venture through. This is one colorful game and it looks great on even a 4K TV.

Also worth noting is the soundtrack, which is incredible, up there with the best soundtracks in a series known for great music. Each kingdom has a unique, and in my opinion, a generally excellent song, but some have different ones for specific areas, such as the ruins and town in the Sand Kingdom Tostarena. In a first for the Mario series, there are also a few songs with lyrics which are incredible.

Perhaps the one negative in this game is the motion controls. Some moves can only be made by shaking the Joy-Con controllers. These work incredibly well when the Switch is connected to the TV. However, if someone is playing this game in handheld mode, with the Joy-Cons attached to the side of the console, they have to shake the console to accomplish the moves. While it is rare to actually need them to progress in the game, the lack of button mapping is an inconvenience to say the least.

In my personal opinion, “Super Mario Odyssey” is the best Mario game since “Super Mario 64.” It is a must-buy if you have a Nintendo Switch and adds to a library of compelling titles that are quickly making the Switch an essential for gamers.

Eric Cunningham is a senior journalism major from Hickory, North Carolina. You can follow him on Twitter at @DEricCunningham.