Review: “The Haunting of Bly Manor” 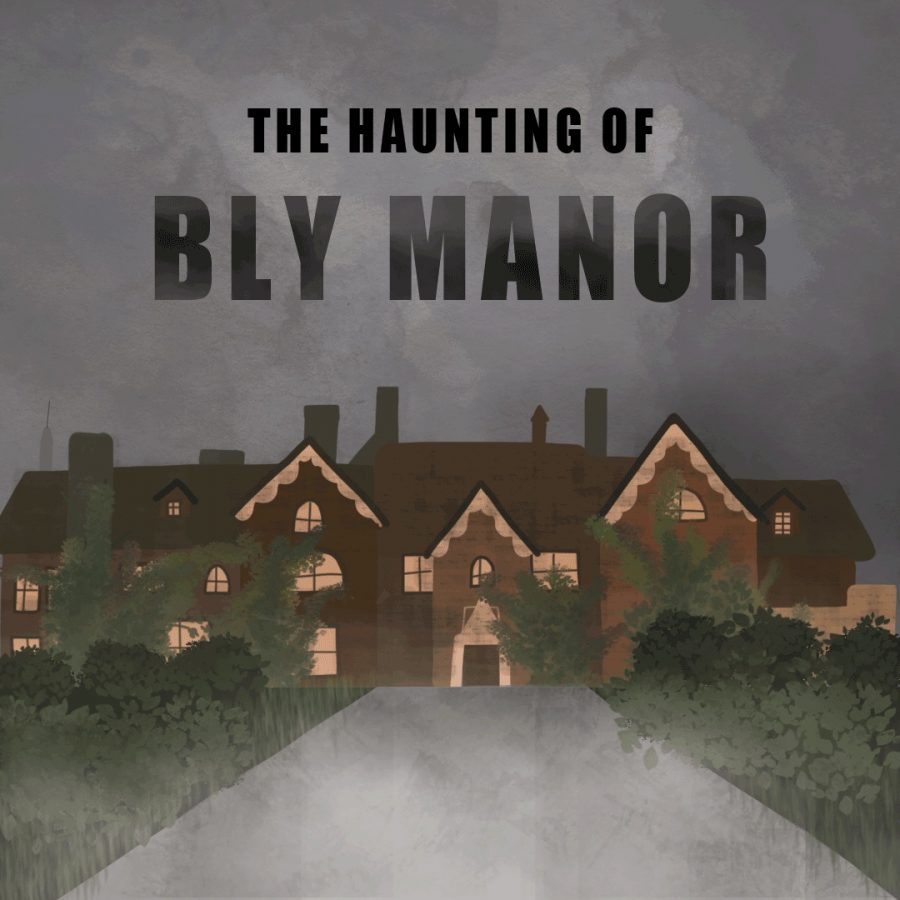 This work is a matter of opinion and is spoiler free.

The much-anticipated Netflix horror series “The Haunting of Bly Manor” is finally here, just in time for the holiday season of scares and screams. Following in the footsteps of 2018’s “The Haunting of Hill House,” Bly Manor had some serious shoes to fill, and unfortunately, it doesn’t quite hit the hype.

Created by Mike Flanagan, Bly Manor released on Netflix on Oct. 9 as a nine-episode sequel series to “The Haunting of Hill House.” The show follows a mostly-loveable cast of characters as a new au pair arrives on Bly grounds to nanny two recently-orphaned children in surely one of the freakiest manors England has ever seen.

While each of the characters feels fleshed out and believable, several of whom viewers will struggle not to grow attached to, the pacing of the series and lack of scares in comparison to its predecessor leaves a bit to be desired.

The pacing of Bly Manor is tough to put your finger on. Some sections, even entire episodes, keep your pulse pounding start to finish, while others are entirely composed of backstory that editors could have cut to a quarter of their final screen time; episode eight, we’re looking at you.

The backstory of the manor and characters is interesting and makes the viewer care about the players and plot, no doubt. But the way the show presented backstory, and its balance with action and suspense, often made it feel like a slog to get through.

Another aspect of the show that wasn’t able to quench the hype was the lack of terror-inducing scenes. “The Haunting of Hill House” immediately became known for its ability to make viewers feel horrified, whether the scare was at the forefront of the shot or silently looming in the background. While ghosts appear frequently in the background, checking one box the previous series popularized, the show’s scares lay predominantly in the first two or three episodes, after which point the genre seems to shift much closer to a psychological thriller than anything horror related.

The show manages to throw in a few nice “gotcha” moments, but after the first few episodes, there isn’t much reason to shield your eyes behind your blanket or webbed fingers.

With the negatives out of the way, the show is largely thrilling, even if that’s not what you signed up for in the first place. The audience grows to care about the characters and may laugh or cry for them, an example of what the show absolutely nails.

The setting of Bly Manor throughout the 1980s was also fantastic and compels the audience to do their own research on the inspiration from Henry James’ Novella ‘The Turn of the Screw.”

Finally, the series’ mood is exactly what viewers are searching for: a mysterious, often bleak, composition that begs for rolling fog over empty landscapes.

Overall, “The Haunting of Bly Manor” is a great October binge. The hype created by the instant classic “The Haunting of Hill House,” however, was a shadow too large for the sequel to overcome, and Bly Manor seems to fall flat pitted against it.