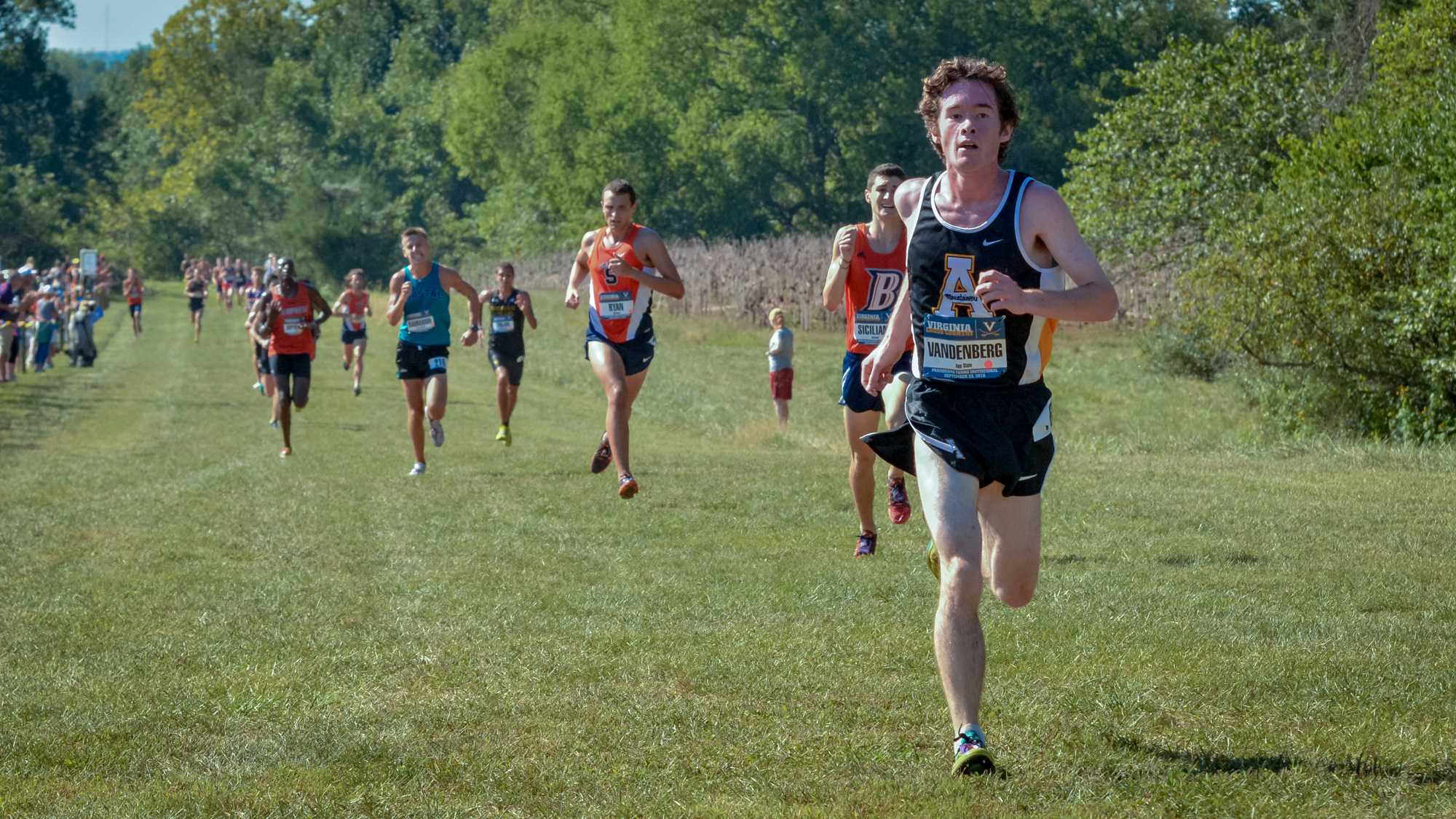 When App State senior cross-country runner and Boone native Andrew Vandenberg was named Sun Belt Conference Runner of the Week on Sept. 28, not only was he recognized for having a strong race at the Panorama Farms Invitational, but for succeeding in a sport that he almost wasn’t able to compete in.

Facing a multitude of medical issues growing up, Vandenberg discovered a passion for running in the sixth grade. His life took a sudden turn in 2011, however, when he was diagnosed with Common Variable Immune Deficiency.

A disease characterized by low levels of serum immunoglobulins and antibodies, CVID causes an increased susceptibility to infection and almost stopped Vandenberg from doing what he loved: running.

Vandenberg was introduced to Charlotte’s infectious disease doctor, Dr. Niraj Patel, who resides at Levine Children’s Hospital. Vandenberg’s life was changed for the better with Patel’s help and initiative in helping him.

Committing to run cross-country at App State, the school where his aunt and father, Peter Vandenberg, ran and were enriched in the Hall of Fame, Vandenberg has not only become one of the Mountaineer’s top runners, but has become an inspiration to the rest of his team.

“For whatever reason, one day I decided to run as fast as I could up and down the hill we lived on a few times,” Vandenberg said. “It was so much fun that I decided to do it the next day and the next day. I found a lot of enjoyment in pushing my body everyday in training and still do.”

The road wasn’t always easy for Vandenberg and he had to fight through a lot more than just running.

Suffering small seizures soon after he was born, Vandenberg was put on medication for the first six months of his life.

Dealing with thyroid issues, lypodystrophy and seizures that returned in the second grade, Vandenberg’s doctors diagnosed him with liver disease in the sixth grade, the same year he began running.

“He had a horrible cough that was diagnosed as exercise-induced asthma,” Vandenberg’s mother Wendi said. “He really had a hard time breathing in races, even when he ran well.”

After visiting multiple allergy specialists and still unable to figure out the issue, the Vandenberg’s were recommended by Dr. Hugh Blackman to visit Patel.

“The first time Andrew saw Dr. Patel, I knew Dr. Patel had taken an interest in helping him,” Wendi said. “We appreciated that so much. Andrew had labs drawn, and we expected to hear back in a week or so.”

Just a couple days later, Patel let Vandenberg’s family know that the numbers were very alarming and he was surprised that Andrew was running the way he was.

“Prior to my diagnosis, there would be periods in the year where I would be unable to run because I was so sick,” Vandenberg said. “That meant my training and performance suffered a great deal.”

Vandenberg and his mother said they had no clue what Patel was talking about, leaving them worried and clueless. They soon found out about Common Variable Immune Deficiency.

“Andrew went to Levine Children’s Hospital for his first infusion,” Wendi said. “The nurse could not have been nicer, and Dr. Patel came over to check on Andrew himself.  We decided to learn to do the subcutaneous infusions at home every week as opposed to an infusion in the hospital every month.”

Learning to do subcutaneous infusions himself, Vandenberg began to notice improvement with his upper respiratory issues.

“There was a great sense of relief,” Vandenberg said. “We had seen multiple doctors for the previous two years trying to figure out what was wrong with me and why I kept getting so sick. To finally find out what was wrong and know that there were treatments to fix it was a real blessing.”

After running for Watauga High School through the health issues and being treated with the infusions and antibiotics, Vandenberg signed with App State to continue his running career and fulfill a lifelong dream.

Vandenberg was also awarded the Eric Marder Scholarship, an award created in honor of Marder, who died from complications with CVID.

In 2010 Patel began a group called “Team IDEA” which stands for Immunodeficiency, Education and Advocacy and has helped become a resource for patients like Vandenberg.

“Back in 2009 and 2010, there was really no group in town for patients to get educated and learn off each for resources,” Patel said in an interview with Vandenberg last week on the WCNC Today Show. “This group provides resources for patients and families who have Immune Deficiency.”

Patel said with CVID being so difficult to diagnose, most patients wait for an average of 12.4 years before finding out they have the condition.

“We began having meeting for patients to get more information on treating CVID,” Patel said. “One of our goals was to spread awareness and I think we have done an excellent job doing that.”

Continuing to visit Patel for treatment, Vandenberg continued to run for the Mountaineers and listen to head coach Michael Curcio, a former teammate of his dad, for advice.

“I do what everyone else does to stay in shape,” Vandenberg said. “Just stretch, listen to my body, do what my coaches say.”

Now in his senior season, an upper respiratory sickness set Vandenberg back and caused him to miss an invitational and some time practicing, but Patel once again took time to focus on Vandenberg and help treat him properly.

Just a few weeks later, Vandenberg placed 42nd out of 113 runners and first for App State in the Panorama Farm’s Invitational 8K with a time of 25:26.90, a personal best.

“I am very proud of Andrew,” Curcio said. “He has had to deal with some health issues that kept him from racing at the Mountains to Sea Duals Invitational. I know he really wanted to be a part of that. He was very patient and worked his way up through a pretty talented field last Friday. With the weather being fairly hot for us, he really played it smart and got pretty close to his PR on a tough course.”

The strong performance led to Vandenberg being awarded the Sun Belt Conference Runner of the Week.

“We prayed for someone to help Andrew even before we knew what was wrong and the extent of it,” Wendi said. “We believe Dr. Patel is an answer to many prayers.  We appreciate him so much and we really believe that Andrew may have already died from pneumonia or suffered severe lung damage without the care Dr. Patel has given to him.”

While most people may know Vandenberg as a star cross-country runner at App State, not many know the struggle that he has had to fight since the day he was born. Patel said it is not common that people with CVID can run at the level Vandenberg does.

“Dr. Patel has allowed me to perform at a level that I could never have without him,” Vandenberg said. “Thanks to Dr. Patel I could train more consistently, which translated into much better racing performances. I would not be running for App right now or been able to do everything I’ve done running wise if it had not been for Dr. Patel figuring out what was wrong with me.”

Not only did Vandenberg find a doctor who helped possibly save his life, but also he found a mentor who truly cares and has helped him achieve success at a collegiate cross-country runner.

“He appreciates his help and care so much,” Wendi said. “We have been to many doctors in his life, and Andrew recognizes someone who takes an interest in him and goes the extra mile, or 100 miles, to help him.”