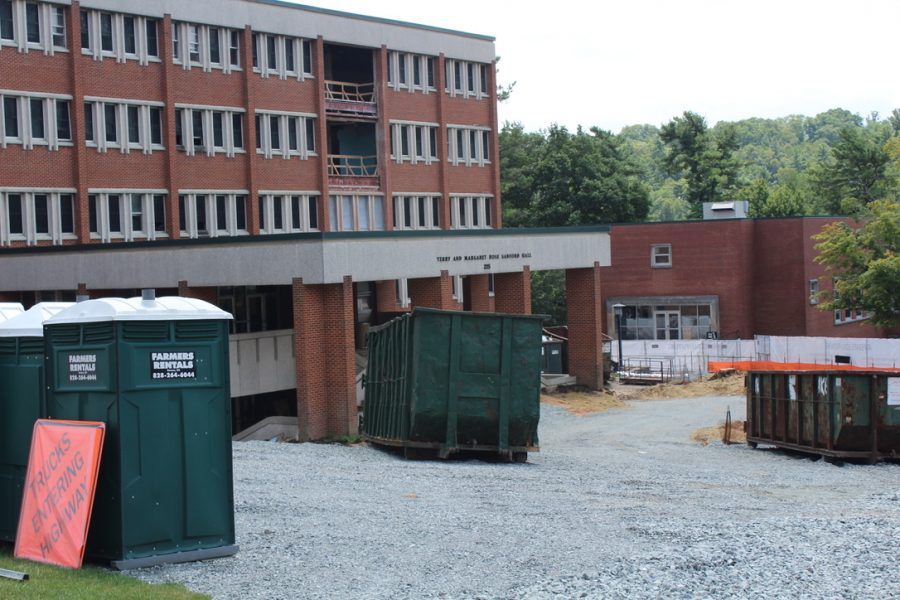 Spring and summer were full of changes for the English department and the languages, literatures and cultures department, formerly housed in Sanford Hall. Now that the school year has started and the dust has settled, the departments are acclimating to their new homes across campus.

“I think the university has provided the resources we need to make this transition, and I think it has actually gone amazingly well for our department,” Lillian said.

“Dean (Neva) Specht, the dean of the College of Arts and Sciences, decided we needed to meet the current state standard for the size of offices. In the old version Sanford, almost all the offices were smaller than what is now the current standard that the state sets,” Lillian said.

While the majority of English classes now take place in Edwin-Duncan Hall, there were not enough classrooms for all of them.

“We’ve had to rely on the generosity of other departments to share space, and we’ve had to accomodate to when the space is available,” Lillian said.

Plemmons Student Union has allowed the department to hold classes on a regular basis, and some film classes now meet in the Greenbriar Theater, which is not typical.

Lillian said many classes were moved to times they would not normally meet, such as 8 a.m. and 5 p.m., due to classroom availability. 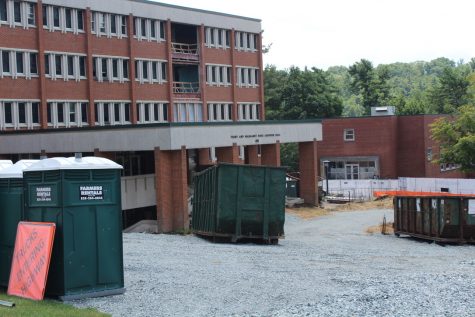 Lillian said while it is different not having the entire department in one building, she has found it enjoyable to “meet the people in the building and talk to them.”

“People rise to the challenge, and the people who are already in Edwin-Duncan and have been there all along have been very welcoming to us,” Lillian said.

Lillian said the move allows the department to meet student needs it may not have met before. She explained not all students are the same, and there are increasingly more non-traditional students who may prefer online classes.

“One way that we are dealing with the challenge of classroom space is we are offering a number of sections online that haven’t previously been offered online,” Lillian said.

Professors who were interested in teaching online were encouraged to complete the training, but no faculty were required to teach online classes.

Despite the changes, Lillian views the renovation as a fresh start for the English department.

“The whole move out of Sanford and anticipating the move back in is an opportunity for us as a department to renew ourselves, and there is a kind of excitement about this. It feels very positive that the university has understood the importance of the space that we teach in English and being in an appropriate space,” Lillian said.

As for the students, Lillian said they are resilient and don’t mind the change. Junior communication sciences and disorders major and Spanish minor, Adrienne Luceri, agrees.

“It wasn’t the biggest transition; however, it did knock me off a little bit since I’ve had classes in Sanford before, and it is kind of weird navigating the first couple of days,” Luceri said.

Luceri said, despite the new environment, she likes the location of L.S. Dougherty and how the entire languages, literatures and cultures department is located in one building.

“It’s just convenient being in the center of campus still and still being able to easily navigate to go to one class and take a sharp left turn to go to the next one,” Luceri said.

Maria Patricia Ortiz, Spanish professor and assistant chair of the languages, literatures and cultures department said renovations in preparation for her department began this summer.

Ortiz said many of her colleagues have shared positive feedback about their new offices, and classrooms are now well-equipped with adequate classroom and office spaces.

Classrooms were renovated into smart rooms, and industrial kitchens previously used by the College of Health Sciences were gutted to create additional space.

Ortiz explained that during this transition, there was substantial support from different offices on campus. In particular, Dean Specht, “was super receptive and super helpful and spent a lot of resources and time trying to understand our concerns,” Ortiz said.

Ortiz said that while it was a challenge to move away from a building that was familiar and comfortable, “It feels good to be in this new environment.”

The best part of the transition was the renovations in L.S. Dougherty were completed on time, allowing the department to move into the building a week before classes began, Ortiz said.

“I am really glad we did the move, and so far, I think it was a positive move. I’m very grateful to all the people involved who made possible that we had a building on our own with all we need,” Ortiz said.