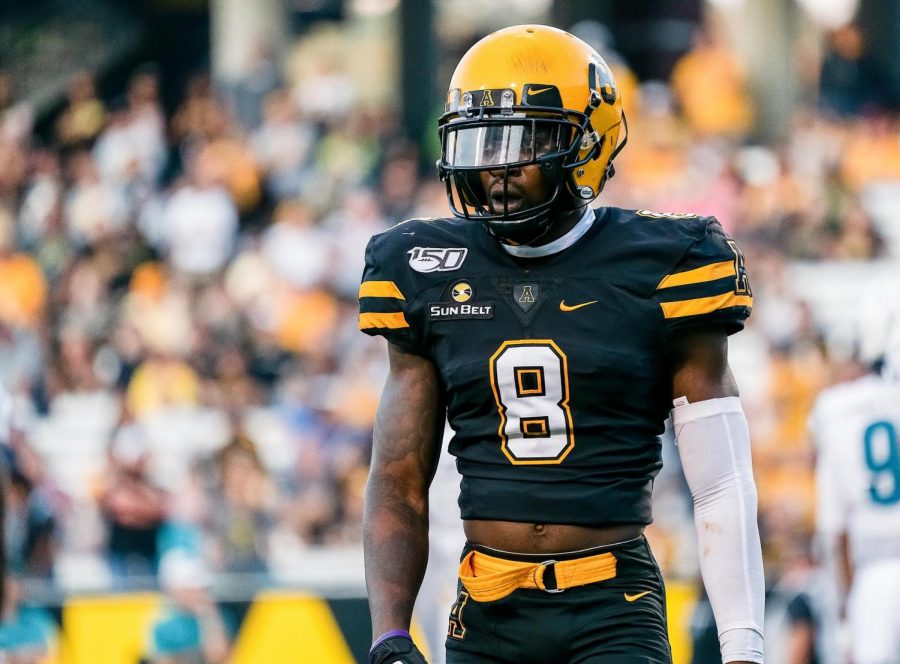 The Green Bay Packers selected former App State defensive back Shemar Jean Charles in the fifth round of the NFL Draft Saturday. The Miramar, Florida native was the first of four players selected from the Sun Belt Conference in 2021.

Once a two-star recruit from Miramar, Florida, cornerback Shemar Jean-Charles turned into a strong special teams player early in his career at App State. During his last two years as a Mountaineer, he ascended to a starting role alongside Shaun Jolly and became a Walter Camp first team All-American.

On Saturday, his NFL dream came true, as he was selected by the Green Bay Packers with the No. 178 pick in the 2021 draft. The only Mountaineer drafted this year, Jean-Charles joins a star-studded secondary in Green Bay alongside All-Pro Jaire Alexander, Kevin King, and No. 29 pick Eric Stokes. Where does Jean-Charles fit?

Things don’t stop there, though: the Florida native led the FBS with 16 pass breakups during his senior season, and his ball skills are well-documented by NFL scouts. Stacking up at 5-foot-11, Jean-Charles is a bit undersized, but he flashed physicality at App State, playing outside for the Mountaineers and getting up close and personal with wide receivers for all of his pass breakups.

Fellow Green Bay pick Eric Stokes from Georgia will likely compete for the second outside CB role with Kevin King, who returned after testing free agency. This opens up competition for the slot/nickel corner for defensive coordinator Mike Pettine. Chandon Sullivan is currently the starting slot corner, who signed his restricted free agent tender with the Packers.

The question that lies: Can Jean-Charles overtake Sullivan’s role in the slot? The former Mountaineer will have to adjust in the NFL, improving his hip movement, which draft analysts questioned at his Pro Day, with underwhelming shuttle and 3-cone times. Jean-Charles’ technique can be corrected with NFL coaching. In the slot, this lateral quickness will need to improve and will be the catalyst for him earning a starting spot.

Jean-Charles’ game tape speaks for itself, recording the highest forced incompletion rate since 2019 at 22.9%, according to PFF. If he can improve his technique, Jean-Charles will compete for a starting spot in Green Bay, and his experience on special teams will only boost his chances.

This competition will begin during Organized Team Activities (OTAs) and training camp this summer, where Jean-Charles will become familiar with the defensive system and look to move up the depth chart.