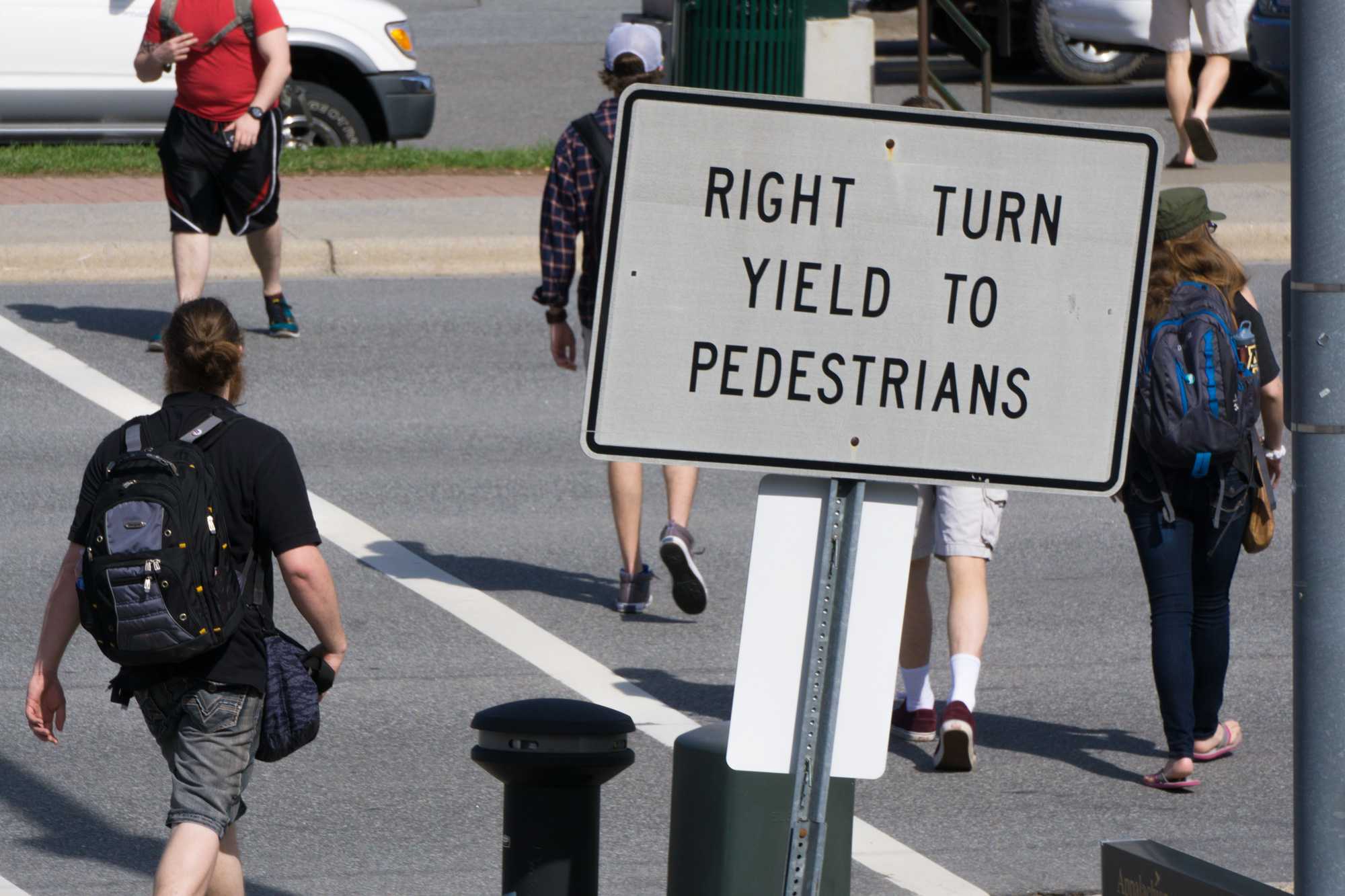 The Student Government Association passed legislation on Nov. 17 as an endeavor to install a crosswalk between Durham Park and the JET Building to keep students from jaywalking between the two points.

Jarred Miles, a political science major, was the junior class senator that wrote the resolution for the crosswalk. Miles started research for the crosswalk in August and petitioned for SGA in September. He also traveled to Wilkesboro to speak with the district’s department of transportation coordinator on the issue.

“I was thinking of things that could be changed,” Miles said. “I was just walking on campus and it stuck out at me. There’s plenty of other things that can be done at App, but I feel like health and safety is a top priority. When human lives are at stake, I feel like it should be number one and I feel like it hasn’t been in that area.”

To prepare for his argument for the crosswalk, Miles conducted a student survey, obtained department of transportation flowcharts and got police reports on Rivers Street accidents.

He found that of 133 students surveyed, 58.2 percent claimed they felt unsafe crossing Rivers Street, 93.49 percent witnessed jaywalking “often or very often” on Rivers Street and 82.8 perecent were in favor of a crosswalk between Durham Park and the JET building.

The police reports showed that since 2010, Rivers Street had been the site of 36.3 percent of all accidents out of about 16 streets and 11 parking lots.

“Some [students, faculty and staff] actually brought their concerns to the NCDOT,” Miles said. “I was not going to take no for an answer.”

Business Affairs is reviewing the case, but ultimately the decision is up to the North Carolina Department of Transportation since Rivers Street is owned and maintained by the state. The NCDOT would also be responsible for funding the installation.

This is a long term issue for the university, but Mike O’Connor, physical plant director, said there is a lot to consider before approving the installation of a new crosswalk.

“This is a great time for this to come up because we’re getting ready to do the campus master plan for the university,” O’Connor said. “The master plan sets out how we’re going to do everything on campus for the next 10-20 years. That whole Rivers Street and Holmes Convocation Center and that intersection area up there is going to be looked at.”

O’Connor said the biggest issue with installing a crosswalk between Durham Park and the JET Building is that it would be too close to the intersection between U.S. Route 321 and Rivers Street. The crosswalk would require a stoplight and there would be no place to back up the cars without causing a traffic jam.

A tunnel or a pedestrian bridge similar to the one that runs from Roess Dining Hall to the parking deck are two alternatives to the crosswalk. Another option is to expand the divider between the lanes so that there would be more room for students to stand before crossing to the other side.

But O’Connor said he think the NCDOT is willing to make changes to improve pedestrian safety since legislature decided to restore some funding to the NCDOT budget.

“Of course, that’s for the entire state and we’re a very small player in that, but you know, there’s a little bit more money freeing up so maybe they’d be willing to help us out,” O’Connor said. “NCDOT is also concerned about Rivers Street and want to make some improvements to it. We work with them. They’re teammates. They’re fellow state employees. They’ll work with us to come up with a way to improve pedestrian safety.”

In the meantime, O’Connor advises that students remember the basic rules for crossing the street such as looking both ways and being aware. Students can also use the crosswalk at the end of Rivers Street, the pedestrian bridge or the tunnels that run from Rankin Hall to Garwood Hall, previously known as the CAP building.

“We’re working hard throughout the campus to make improvements where we can given the money we have,” O’Connor said. “We’re aware of these issues and we’re working on them.”