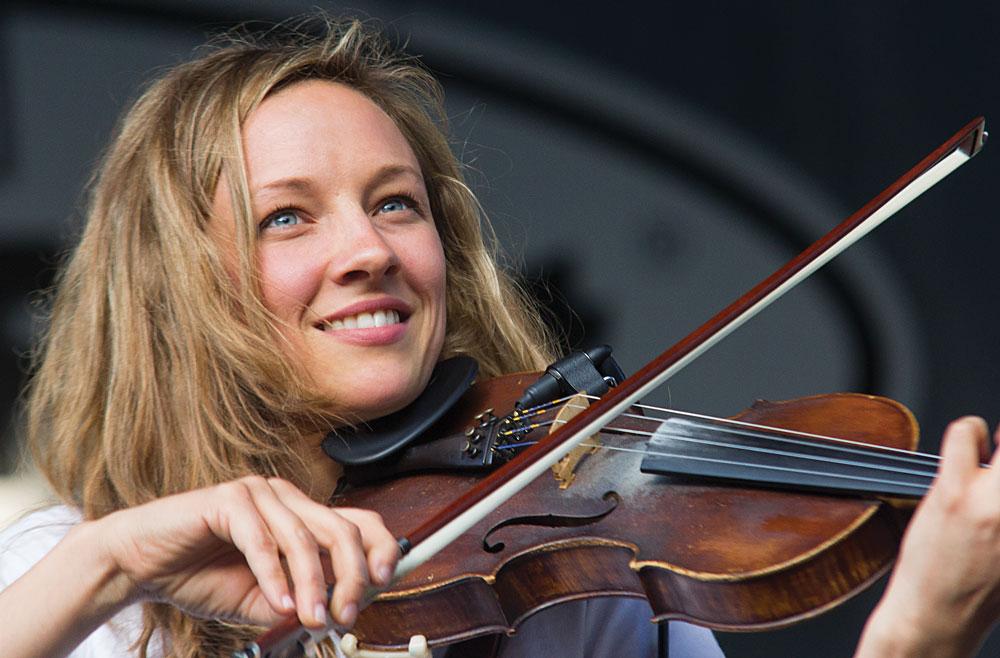 Wilkesboro Community College was once again home to tens of thousands of music lovers attending shows on 13 different stages at the 27th annual MerleFest, Thursday through Sunday.

The weather this year was sunny and pleasant, a sharp contrast to last year’s pouring rain.
Named in commemoration of the late guitarist Merle Watson, the music festival honors the entire

Watson family, including folk music legend Doc Watson, who founded the festival. This is the second MerleFest since Doc’s passing.

“The best times I had were sitting next to Doc,” country singer Ricky Skaggs said during his Saturday evening performance at the festival’s main venue, called the Watson Stage. “Standing up here, Doc not being here is a little bit bitter. But I know if he was here today and knew that you all were out here, he’d be very proud.”

Doc’s influence over countless musicians was keenly felt Friday night at Nashville-based band Old Crow Medicine Show’s manic, lively headlining set. The band got its start after the Watsons discovered them busking in front of Boone Drug on King Street.

“Nancy Watson comes up to us and says ‘My daddy loves this kind of music, let me go get him,’” said multi-instrumentalist Ketch Secor, frontman of Old Crow Medicine Show. “Twenty minutes later Doc Watson walks up and says, ‘You boys sound so good. How’d you like to play the MerleFest?’”

Though Doc and Merle made their names playing traditional styles of music such as folk, country and gospel, MerleFest’s programs famously recount a story of Doc referring to the festival’s style as “traditional-plus.”

This means that the acts on a MerleFest stage aren’t easily categorized, with some staple headliners such as the Sam Bush Band incorporating jazz fusion and classic rock elements into their shows while still being firmly rooted in bluegrass and country.

The musical diversity is but one aspect of MerleFest’s easygoing, family friendly atmosphere. The festival doesn’t allow alcohol or tobacco and has many opportunities for children to pick up instruments at tents designated for impromptu jamming.