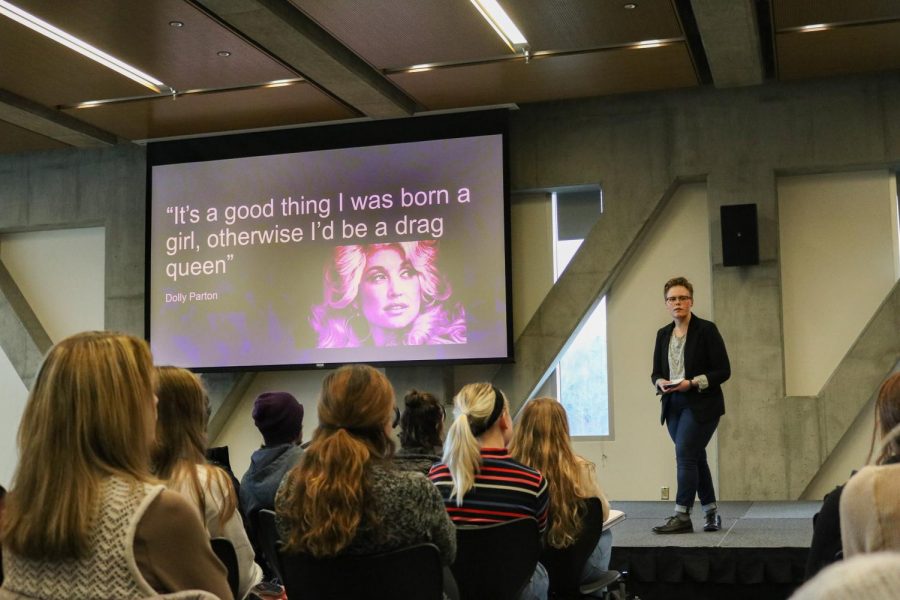 The audience claps their hands as the first speaker of the night, Raven Walker, takes the stage with “Who Are You? Question of Identity.”

Panorama, a TED Talk-style public speaking event, welcomed the highest audience in attendance to date with over 200 people on Tuesday evening in Plemmons Student Union. The event featured six students speaking on topics they are passionate about.

AppSpeaks, a group of students on campus who inspire creative thought and cultivate a safe space for others to share their stories and experiences, organized Panorama.

Senior psychology major Karsen McGee, president of AppSpeaks, said Panorama is the biggest event the club does each year.

“It’s the best way for students from anywhere on campus to speak on anything they’re passionate about,” McGee said.

Event preparation starts during the fall semester. Students audition and share the topics for their talks, and then members of AppSpeaks guide the chosen speakers through a series of workshops and meetings to prepare them for the event in the spring.

Junior journalism major Ebony Foster, a Panorama attendee, said she was surprised at the variety of topics presented, and she hopes AppSpeaks will continue holding the event because of the serious nature of some of the talks. “These are kind of important not only for the presenters, but especially for students to come and see, and I was glad and thankful to see some of the more serious topics being discussed,” Foster said. “I wish more people even from around town were here to hear some of these talks as well.”

Some speakers told stories based on their own life. Senior psychology major Alaina Swick shared her past struggles with a brain condition that affected her physically and mentally. Because of her condition, Swick is passionate about neuroplasticity, the way our brains reorganize themselves by forming new neural connections.

“I would hope that by people hearing what I had to say would find solace and hope in the fact that we are not just victims to our circumstances in any way,” Swick said. “We are literally wired to change and react and adapt to the world around us and to our internal state, and that we can take charge of that and move forward in our lives and do amazing things.”

“Even if they didn’t learn anything new, just thinking about something in a different perspective because we have such a wide range of topics presented, there’s always something that can catch anyone’s attention,” McGee said.

For more information about Panorama or AppSpeaks, visit the club’s page on AppSync.