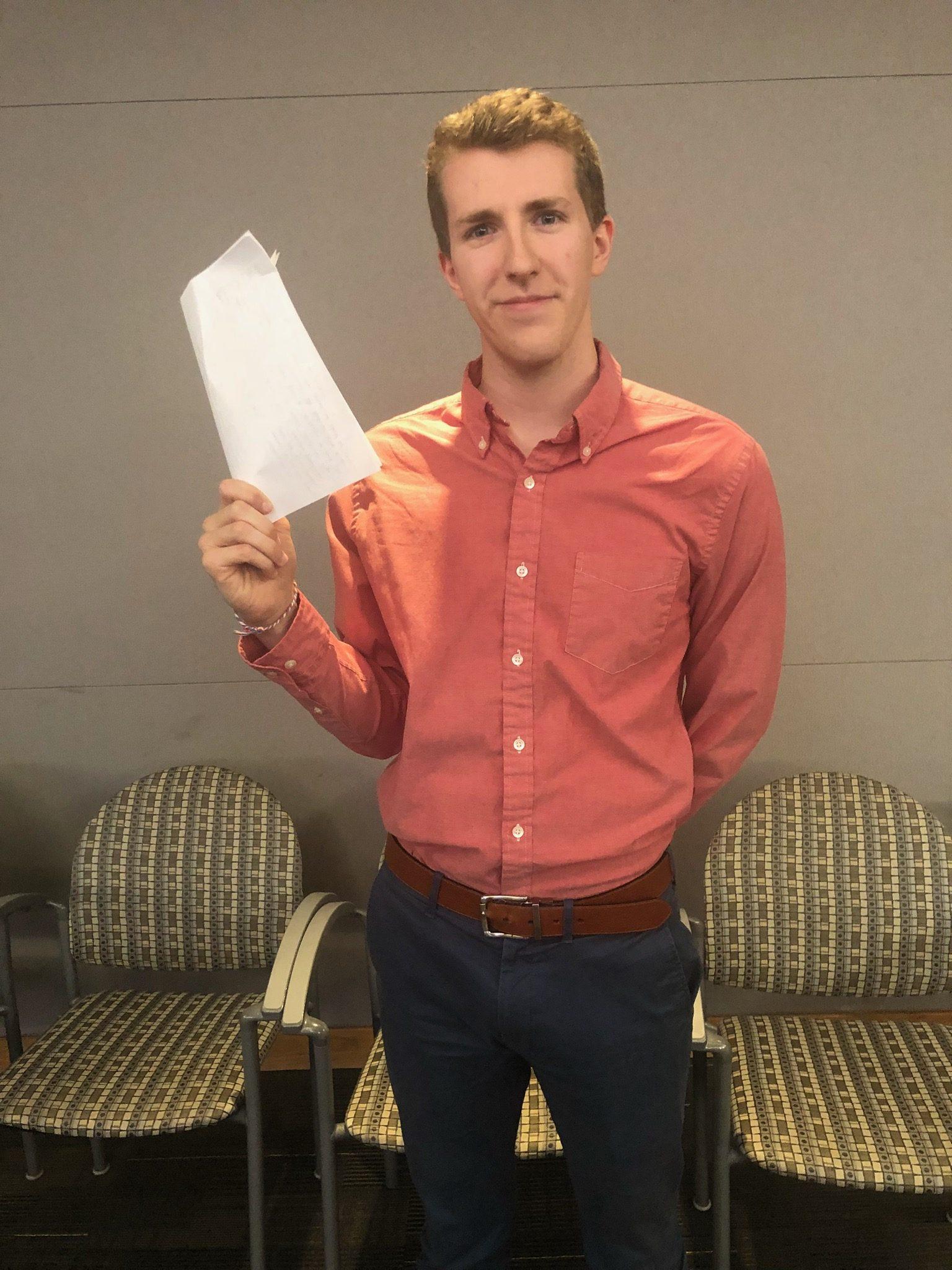 Andrew Strahan, senior, after the SGA meeting on Oct. 2. HIs Smiley Card bill was successfully passed by the Senate.

The Student Government Association voted to pass SB 052-016, or The Smile Card Act, on Tuesday night.

The bill’s goal, created by College of Arts and Sciences senator Andrew Strahan, senior economics and international comparative politics major, is to create a system so students don’t have to sit alone while eating if they don’t want to.

“There’s no reason someone should be sitting down at a table with other people around them and not eat together,” Strahan said.

He said the plan is to have little cards with smiley faces that people can pick up and place on the tables, which would start next semester. The cards are 5.5 inches by 3.5 inches.

“If someone is interested in sitting with someone else, they will either see the card or pick up their own card and they’ll go sit down with that individual,” Strahan said.

The Senate discussed the bill on the floor with Strahan taking questions from other senators. The rules committee found the bill unfavorable in research.

“The rules committee was split in a 5-4 decision over whether to give it a general or favorable in research,” Greg Steckbeck, sophomore management major and rules committee member, said. “People gave an unfavorable and specifically cited the source of the Odyssey article as unfavorable.”

The Odyssey article cited was a piece written by Lukus Becker, a student government official from Utica College, according to the bill’s text. Becker wrote about how he did not like eating alone every day and how it was a depressing feeling.

“As a former member of rules committee, I know their job is to dig as deep as possible and to critique and find every little mistake they can,” Strahan said. “As far as the research goes, I think the main arguments were that the quote didn’t align with what they thought.”

Strahan said he explained the quote to them and made it much clearer.

The quote taken from the Odyssey article reads: “I never really experienced the depressing feeling of eating alone for this long of a period in my life. So that’s what I am writing about, that painful feeling you get when you spend too much time eating alone.”

Strahan said SGA has used their budget to help students but not in tangible ways as this bill does.

“The reason I want the Senate to pay for it is because it will show student government is absolutely actively working hard to make sure that students on this campus are receiving the best experience they have,” Strahan said.

The cost of getting the smiley cards is $116.76 plus tax and shipping, according to the bill.