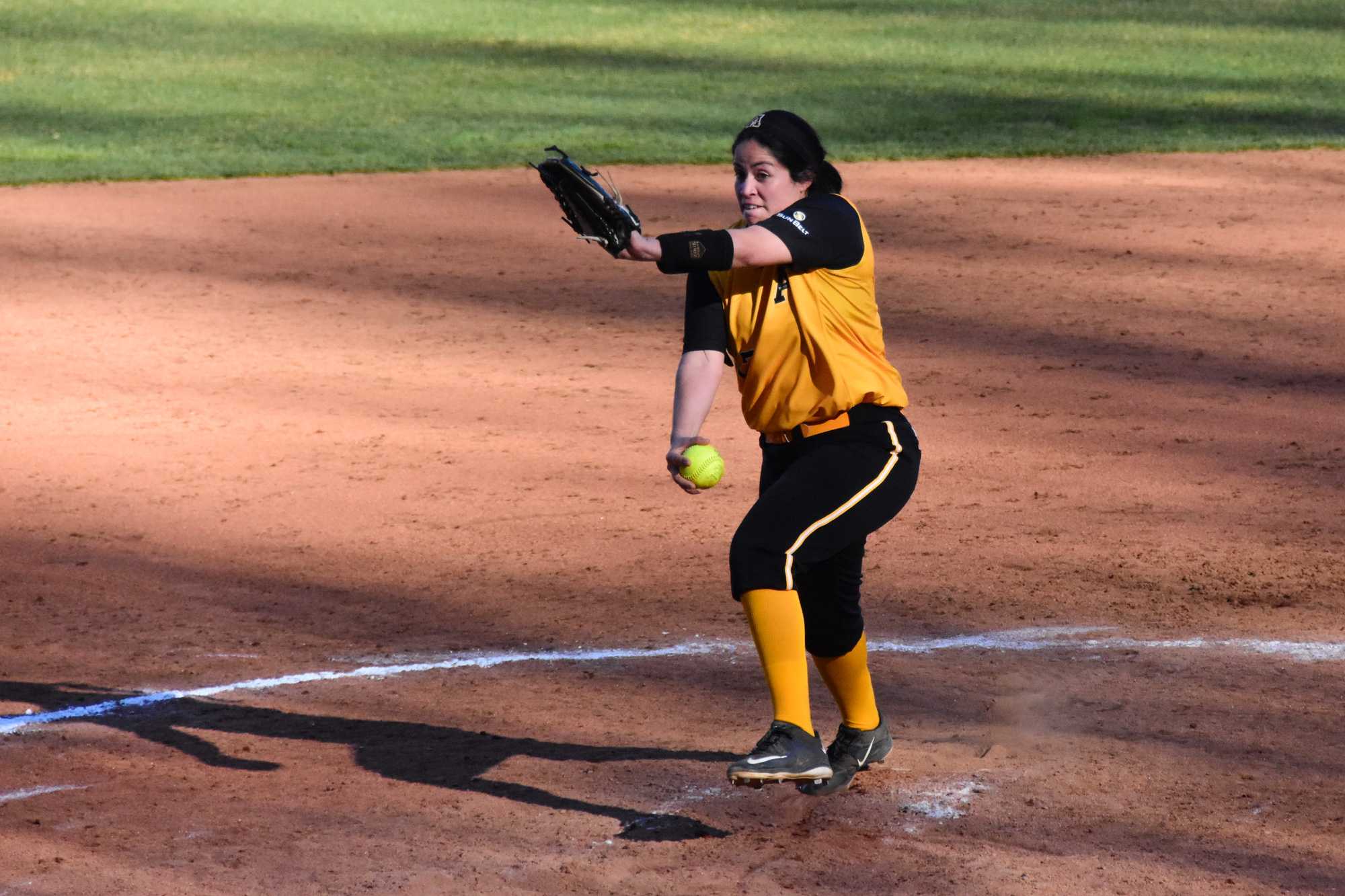 Junior pitcher Vanessa Ciocatto winds up a pitch on Tuesday’s game against Morehead State. The game resulted in a 0-7 loss for App State.

After an offseason that included the addition of 13 new players, the Mountaineer softball team is finally ready to take the diamond on the field and begin their season. The Mountaineers will play their first game Feb. 10 on the road.

“Our first game is at JU [Jacksonville] and we are just excited to get on the dirt and see how our team is looking,” head coach Janice Savage said.

Despite the roster turnover, the Mountaineers have put together a solid offseason. Unlike last season, the players were able come back from Christmas break a week early and get some practice time out on the field.

“It was a week of no classes and we called it the school of softball,” Savage said. “It was just playing and studying softball. The preseason this year shows that we’ve put in more work, we’ve put in more time and we are more prepared this year.”

App state returns some significant contributors from the 2016 team, including senior second baseman Cara Parker. Parker started every game last year, and led the team in hits, RBIs and home runs. The team also returns sophomore Natalie Orcutt, who had the highest batting average in 2016, and fellow sophomore, defensive specialist and starting catcher, Jenny Dodd. The returning pitching staff is highlighted by senior Vanessa Ciocatto who had the best earned run average for the Apps last year, and struck out 70 batters in 2016.

Eleven of the 12 freshmen are from North Carolina. The large number of freshmen have added a new dynamic to the Mountaineers.

“As a whole, they’ve really helped our program with the competition factor,” Savage said. “They have made people step up and work harder, it also raises everyone to a new level.”

The Mountaineers have worked hard to integrate these new players, and one of the players helping with a year under her belt is sophomore catcher Jenny Dodd.

“This year our whole sophomore class has gone out of our way to show [the 12 freshmen] the ropes,” Dodd said.

There are some obvious uncertainties with all the fresh faces, but the Mountaineers have a positive outlook for the upcoming season.

“My expectations for this season is for us to grow. When we finish the year, I want them to be better people,” Savage said. “I think wins and losses will take care of themselves. If we continue to do that, continue to be good teammates and continue to build our culture and our program, the rest will take care of itself.”
The Mountaineer softball team will spend all of February on the road, and play in two early season tournaments before returning to Boone. The first chance Appalachian fans will have to catch the Mountaineers at home will be on March 11 when the Apps take on conference foe UL-Lafayette, who finished last season ranked number 12 in the nation.