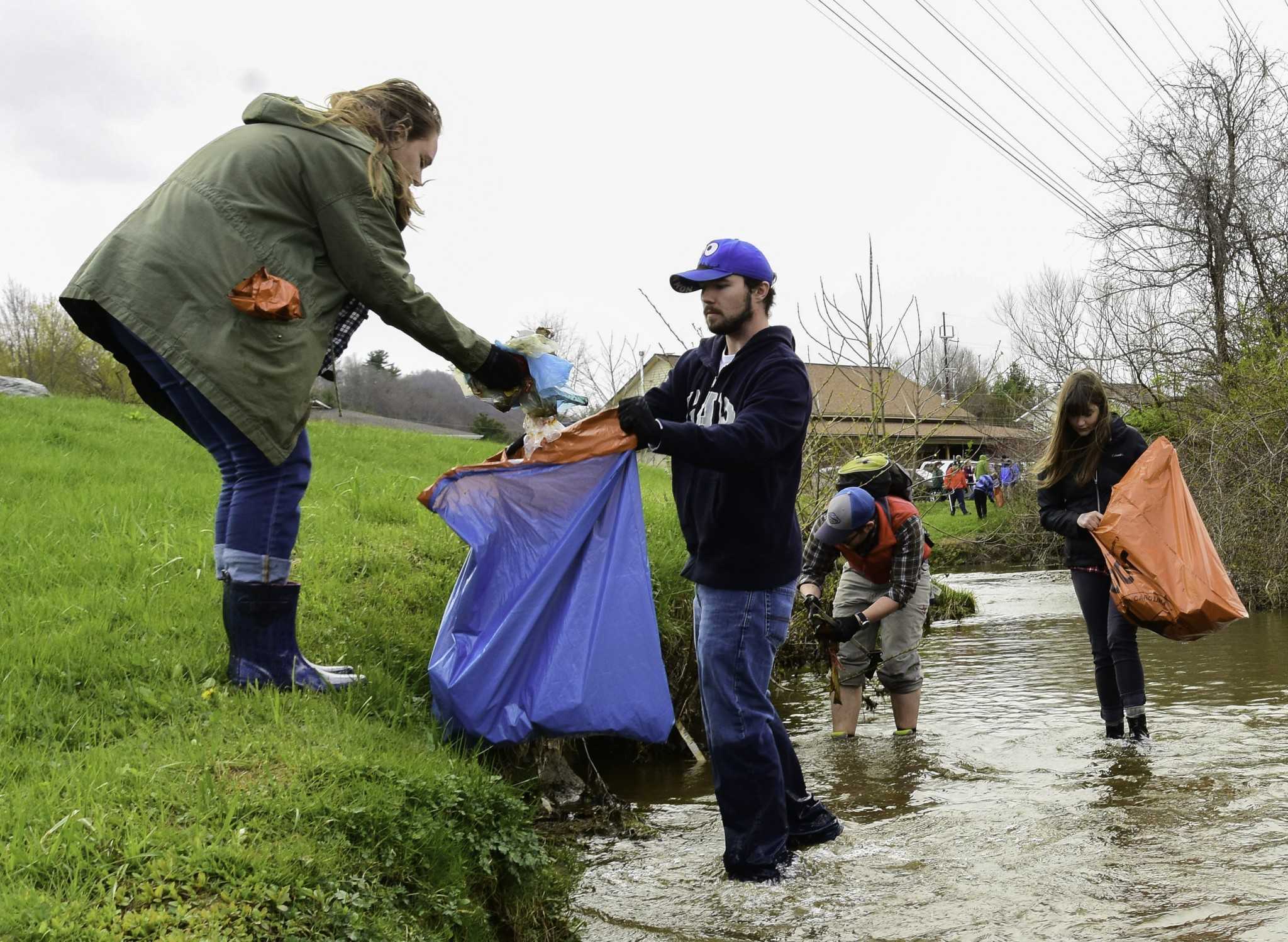 On Thursday, 48 people ventured into Boone Creek, despite the rainy weather, to beautify the area behind Appalachian Mountain Brewery.

Each spring and fall, the ASU Sustainability Council invites people to demonstrate their commitment to sustainability in the community by donning old clothes and work gloves to pick up trash in an area of the creek.

Laura England, the chair for the outreach and engagement committee within the ASU Sustainability Council and the coordinator of this event, described it as a fun, straightforward way to make a tangible difference.

The council adopted the portion of Boone Creek that borders Appalachian Mountain Brewery through the Adopt-a-Stream program.

But this year volunteers went above and beyond during the cleanup; the group cleaned up twice the length of the council’s adopted section of Boone Creek and also cleaned up a segment of Hodges Creek, which is a tributary of Boone Creek that flows in beside Appalachian Mountain Brewery.

Volunteers filled almost 40 trash and recycling bags during the cleanup.

A car door, a traffic cone, a large metal coil and an old CRT television were some of the items that were unearthed throughout the afternoon.

Even though conditions were far from ideal, groups were upbeat and highly productive as they worked hard picking up as much trash as possible during the event.

While participants did receive a 10 percent discount on everything at Appalachian Mountain Brewery for the rest of the night, “You could tell they weren’t just there for a discount on beer,” Amy Birner, a co-chair on the ASU Sustainability Council who led a group of volunteers through the event, said.

The Spring Cleaning event shows Appalachian students the effects that our campus has on the surrounding ecosystems.

Most of the trash in the creek wasn’t put there directly; it was dropped on the ground somewhere on campus or in a surrounding area, made its way into a creek and floated downstream to this section of Boone Creek.

England said cleanup has an educational impact because it is a reminder of the connection between land and water.

“It doesn’t get at the root of pollution problems, but it’s a way to remove some of the pollution in our environment,” England said.

“It shows that the students of App State really care about the surrounding community, in terms of both sustainability and community wellness,” Leila Jackson, a member of the outreach and engagement committee of the Sustainability Council, said.

Birner, who has now participated in the event twice, urges people to come out next fall, “It’s only an hour and a half of your time, but it makes a huge difference for the riparian zone and the ecosystem of the creek,” she said.