“Squid Game” review: A harrowing reminder of what capitalism can become 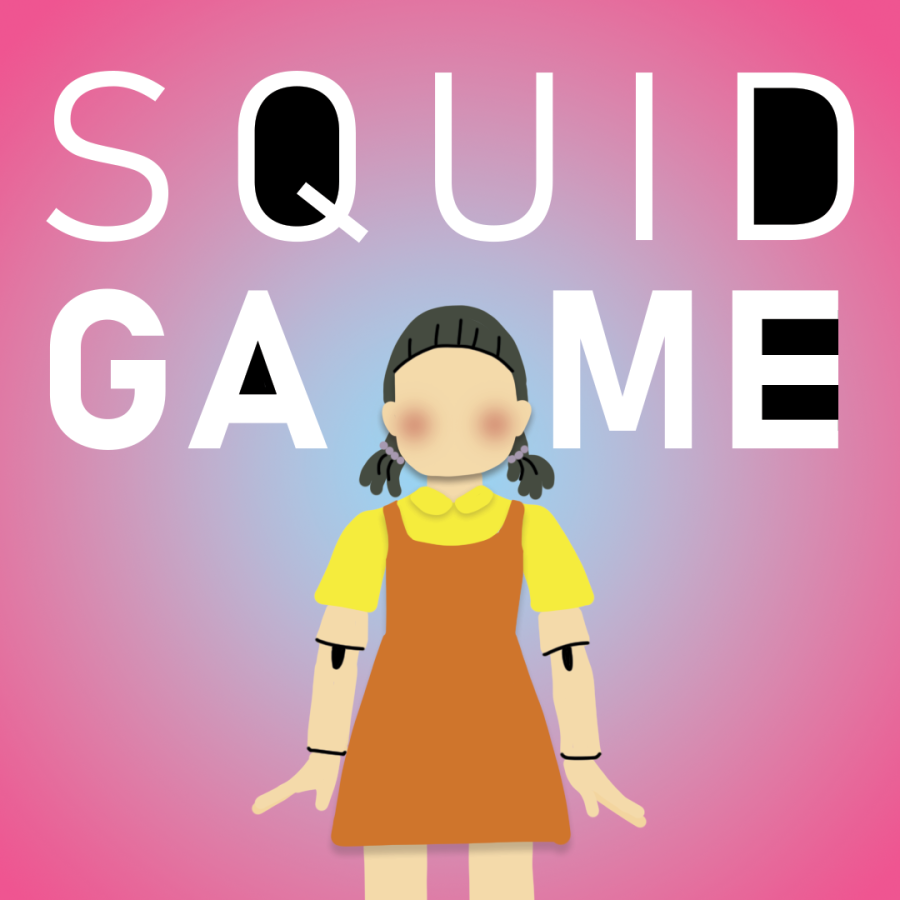 Whenever deep emotions rise in your chest, it sometimes feels like you’re reverting to childhood. Helpless, alone, scared and uncontrollable, these feelings revert us to our primitive roots, our natural lives before we knew how to be independent and take care of ourselves. Somehow, the South Korean dystopian smash hit “Squid Game,” keeps its audience in that primitive mind space. With gore, children’s games, masterminds and an unconscious sense of reality, this show is worth the watch.

“Squid Game,” a nine-episode series, was released Sept. 17 and is on the fast track to becoming the most popular show the streaming platform Netflix has ever released according to Verge reporter Alex Heath. Why is that? Here’s the answer.

The series starts by highlighting the depressing story of Seong Gi-hun. He’s divorced with a child he can’t support, living with his aging mom, accumulating more debt by the minute and struggling with a gambling addiction. Amid Gi-hun’s life struggles, a man comes up and asks him to play a popular South Korean game, ddakji. If he wins, he gets $100,000 based on American currency. If he loses, the man gets to physically slap him. Gi-hun eventually wins, and the mysterious man hands him a card with a number to call for a game that is higher stakes with more money on the line, the man says.

Gi-hun is hesitant, but when he learns that his daughter is moving to America with his ex-wife, he decides to join the game so he can better support his child. Gi-hun is abducted, essentially poisoned and taken to a strange location where players are in neon green tracksuits, and the gamekeepers are dressed in bright pink and ominous black masks with basic shapes in the middle. It’s a scary, confusing and disorienting sight.

The first major stakes game is Red Light, Green Light, and the players are shocked when people begin to be killed. If a player moves after a huge, creepy, animatronic doll calls red light, they’re shot on the spot. Naturally, people begin panicking and scramble, causing roughly over half of the initial 456 players to die.

From there, it’s a game of ethics, will and brainpower.

The candidates are allowed to leave after the first game, but astonishingly, most come back because of the mass amount of money on the table. The terrifying part is all the challenges are children’s games. The horror is in the simplicity. Candidates are asked to cut out a shape from thin honeycomb, play marble games and hop-scotch on glass from miles above the ground.

Twisting these children’s games into horrifying and deadly challenges builds a level of anxiety, fear and reality within viewers. Even Americans who grew up with different children’s games relate to the simplicity of the rules and the childlike settings and revert to that small feeling of helplessness you only feel as a child, basic in your emotions and dependent on those around you.

As the challenges continue, characters dwindle and the cash prize rises. By episode six, most of the main characters remain and their stories become quite developed. There’s the “Old Man” Il-Nam, Gi-hun’s old mastermind classmate Sang-Woo, the orphan Sae-Beyok, the innocent Abdul Ali and the roughhousing streetsman, Deok-Su. However, with the nature of the game, most of them die somber, tragic deaths. One minute you’re rooting for them on the edge of your seat, the next you’re tearing up when your favorite character barely misses the finish line.

In addition to the game players, there are some other intriguing characters. There’s a South Korean police officer who infiltrates the game, a Front Man who doesn’t show his face until the eighth episode and VIP game watchers. All of these characters have small side arcs intertwining with each other and the game in a well-rounded way.

Like  “The Hunger Games” and “The Purge” before it, there is an unmistakable sense of reality to the show. It’s easy to see a game like this becoming a reality as things like climate change, the wealth gap and more continue to change our economic and political reality. What will people have to do for money when they’re so far in debt in the future? What do people do even now? Don’t we already watch people essentially starve and struggle to live on shows like “Survivor,” “Naked and Afraid” and more? How far can it go? Perhaps the thing that makes this show so horrifying and good is not the gore and childlike wonder, but the fact that in the back of our minds, we know this could easily be a reality. So, if you haven’t already, take a chance and dial that number to join the Squid Games. Who knows? You might enjoy it.