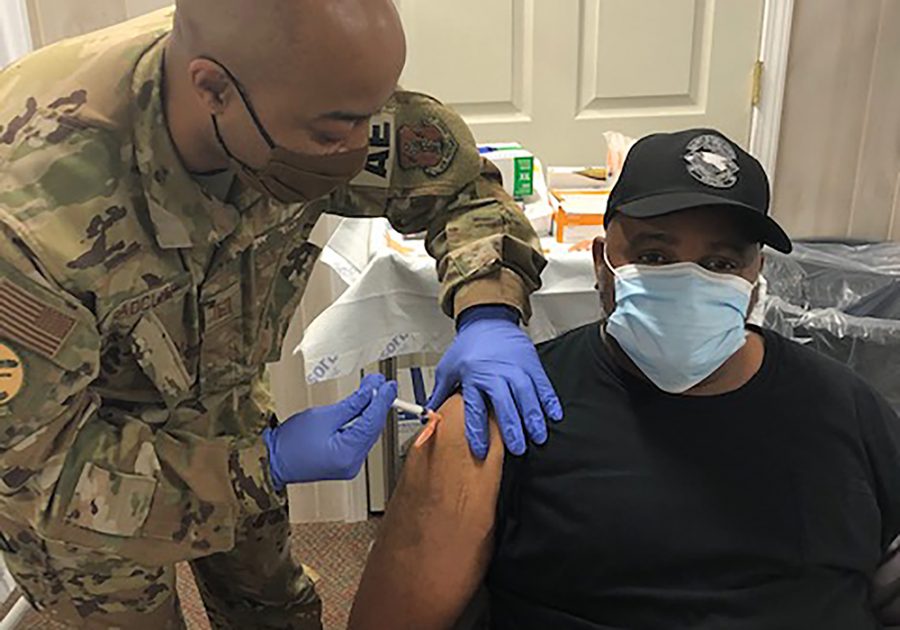 Courtesy of the North Carolina Department of Public Safety

Todd Ishee, North Carolina commissioner of prisons, said in the presentation hosted by the Department of Government and Justice Studies, that when the pandemic began there were a lot of  “unknowns.”

“People throughout the prison system, both our staff and offenders, began to get sick pretty quickly,” he said.

To combat this, the incarcerated population was organized into cohorts — family-sized units that ate, slept and lived together. Prison administration restricted incarcerated people’s movements within the prison and put mask mandates in place. They also eliminated visitation and installed air ionizing filtration.

No person currently incarcerated in Watauga County has contracted COVID-19, but 10 staff members, including deputies and detention staff, have been infected by the virus, said Watauga County Sheriff Len Hagaman.

Hagaman said most of the detention staff has been vaccinated already and the rest will get it now that all North Carolina adults are eligible for a vaccine.

Prisons, which are separate from county systems such as Watauga County Detention Center, started vaccinating incarcerated people and staff in January.

Ishee said that the prison system did an internal survey of its staff members asking who was interested in the vaccine. Of the 16,000 people employed in North Carolina prisons in January, 17% said they would like to get vaccinated.

After the survey the state’s prison system began educating its staff members about the vaccine and offering incarcerated people incentives, such as sentence reduction credits and commissary dollars to those who participated in the vaccination program.

Ishee said around 50% of the staff is now willing to be vaccinated.

Ishee said he expects between 65% and 75% of offenders to accept the vaccine, but that they’re still “flirting” with the remaining 50% of the staff who have said they will decline inoculation.

As of April 8, the North Carolina prison system had 10,006 total cases of COVID-19 among offenders and 53 total deaths among both offenders and staff since March 2020.

Ishee said most of the spread through the prison systems has come from staff and new offenders arriving from other institutions.

He said there are concerns that staff will quit if the system makes vaccines mandatory. North Carolina correctional facilities had 700 employees out of work because of contracting or caring for someone with COVID-19 earlier in the pandemic. Currently 120 employees are still out and one-third of nursing staff positions are unfilled.

Ishee said prison administration has to be “sensitive,” but has not ruled out mandatory vaccinations.

Cohorting incarcerated people has had side effects: rehabilitation efforts suffered as prisons were unable to hold classes. Visitation was also eliminated until video visitation was implemented in fall 2020, Ishee said.

However, the cohorting system has brought some benefits. Because offenders have been unable to move freely throughout the prison, gang activity has decreased. Extortion and victimization are also down, Ishee said.

To combat the lack of PPE, prisons began making their own using existing prison industries. Ishee said “luckily” North Carolina has the third largest correctional industry in the United States, including chemical plants with the ability to make necessary soaps and disinfectants.

Prisoners earn between $1.25 and $3.00 a day for work in these industries, according to the North Carolina Department of Public Safety.

In April 2020, the North Carolina prison system saw its first COVID-19 related death and the NAACP filed a lawsuit against the Department of Public Safety, calling for the release of those incarcerated due to unsafe conditions brought about by COVID-19.

The suit was settled in February and the DPS agreed to release 3,500 incarcerated people over the next six months. Around 800 have been released so far, Ishee said.

Watauga County released a “handful” of offenders because of COVID-19, Hagaman said.

Between four and six detainees have been released since spring of last year.

Correction: A previous version of this story incorrectly stated the number of deaths and the incorrect month of the prison system’s settlement. These errors have been corrected. Context was also added to clarify the reason state prison employees were out of work early in the pandemic.