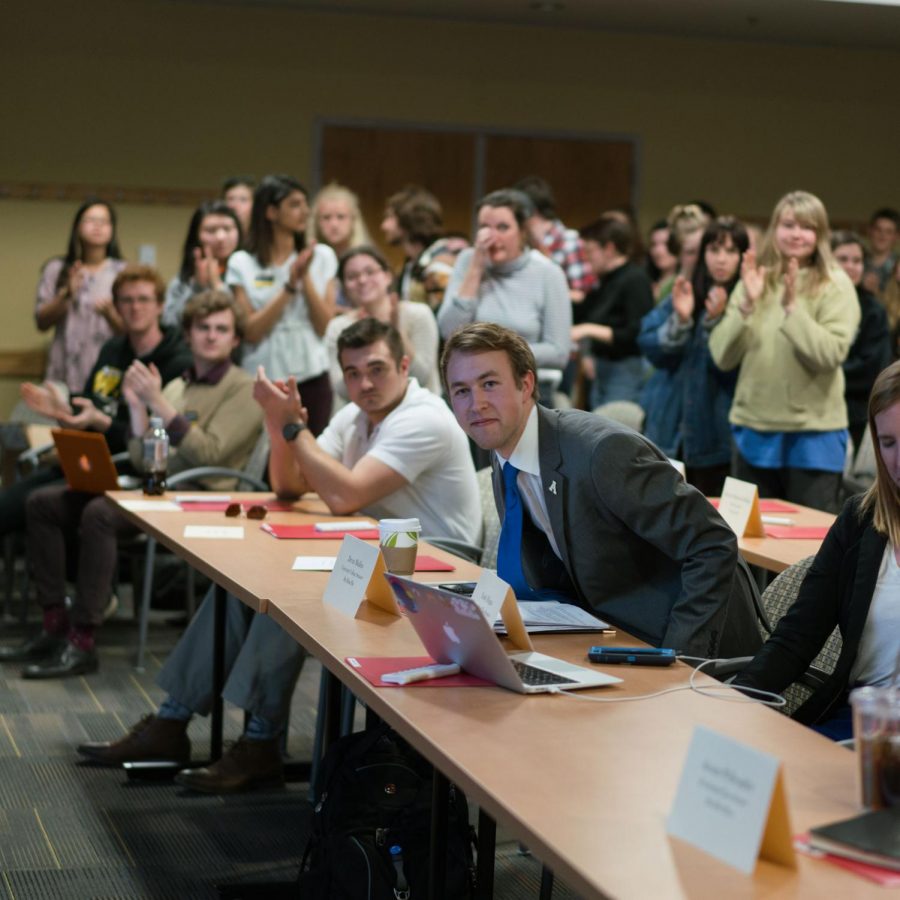 Devin Mullins, Student Government Association Senate President Pro-Tempore and senator, plans to run for student body president in the upcoming election, according to a source close to Mullins’ campaign.

“I am not currently a candidate for student body president,” Mullins said in a statement. “I remain committed to the important work that I am doing as a senator, such as my advocacy for academic excellence or my work in pressing the university toward a more socially and environmentally sustainable future.”

Per SGA and App State rules, there are no current candidates as the official declaration period has not happened. An official candidate interest meeting will take place March 2, and the declaration of candidacy period is March 3 to March 6.

Mullins, a sophomore political science major, has introduced 10 bills during his two years in SGA.

In February 2019, one of Mullins’ most popular bills was the Climate Neutrality Act, which was passed by the Senate. The bill called for App State to “take aggressive action to achieve climate neutrality by 2025.”

The bill had support from 28 groups and 41 individuals across campus.

Martin, a communication sciences and disorders major, joined SGA her freshman year. In an interview with The Appalachian in 2018, Martin said she hoped to serve on SGA all four years of college.