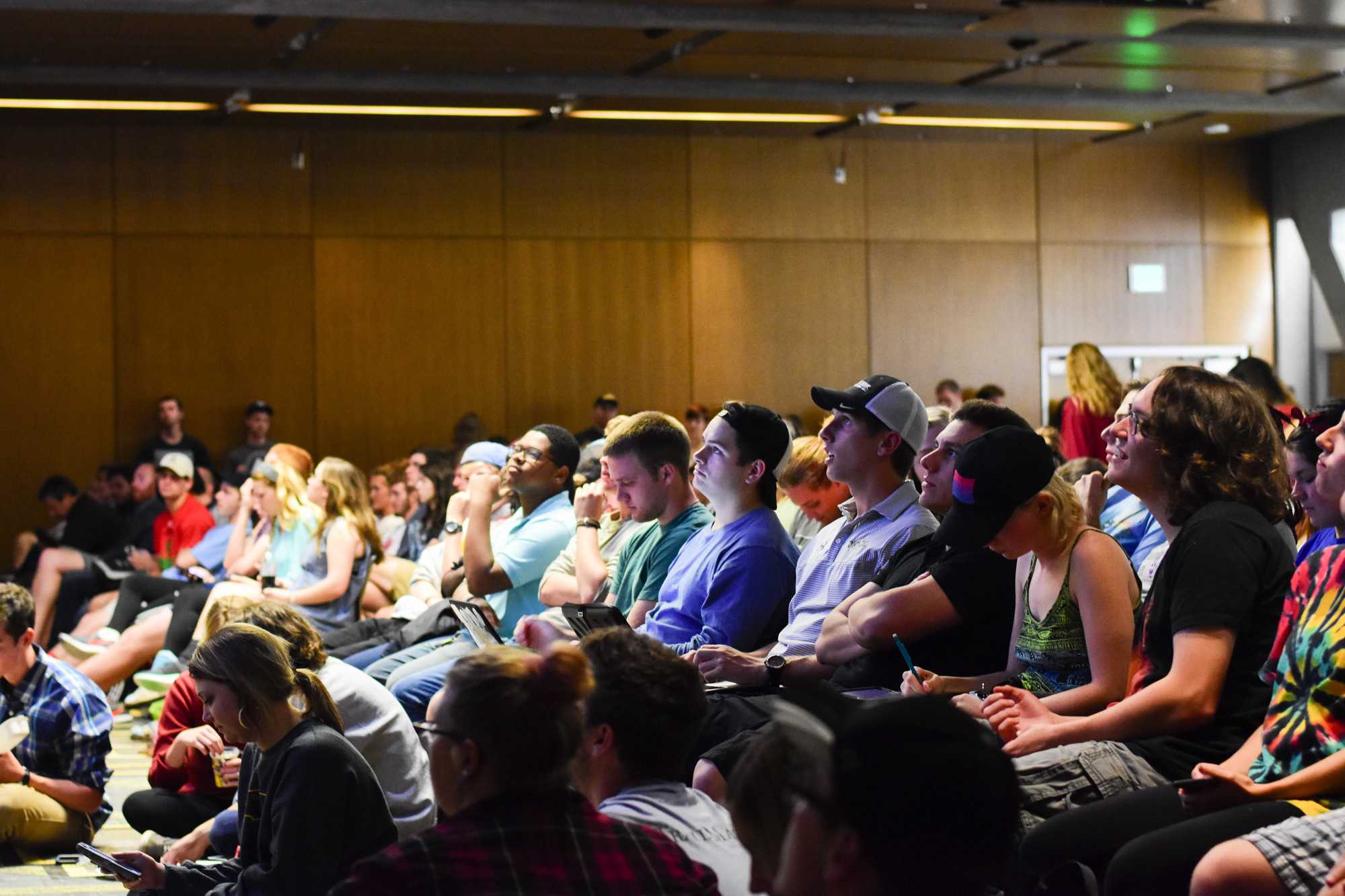 A standing room only crowd gathered in the Parkway Ballroom to watch the first presidential debate of the 2016 election, an event projected to shatter previous debate viewership records.

Free pizza and drinks were provided by Fox News and Fox News Business, and political organizations on campus also lent their support.

Phillip Ardoin, chair of the Department of Government and Justice, said he originally conceived of the event at the beginning of the semester as a way to get as many people as possible involved in the electoral process.

Tyler Hardin, lead college associate at Fox News, said he had been planning a debate watching event for Fox independently but heard about Ardoin’s plans and decided it would be in their best interests to collaborate.

Ardoin said that Fox News and all the students involved hosted the debate in a very professional manner.

For his part Ardoin said he wanted to have professors speak about their research on the subject to provide students insight and set a nonpartisan tone.

Ardoin said he thought the viewing party went very well, drawing a much bigger crowd than expected and not losing them after they ate the pizza.

As the debate went on, the odd cheer or fit of laughter broke out among the crowd but never escalated past that.

“There was laughing and there was reactions to comments but there was no booing or hissing or inappropriate responses,” Ardoin said.

“The big issue was John Kerry flip-flopped between positions so there were a group of students who started taking their flip-flops and waving their flip-flops in the air and throwing flip flops,” Ardoin said. “The crowd became on both sides sort of disrespectful of the others and it ended up not being an environment that was conducive to actually paying attention and watching the debate.”

Kenneth Hester, a junior political science major, said he was excited to see both sides coming together because much of the election cycle this year has been playing out on social media.

Charlie Day, a political science graduate student, said he came out to the debate to see how people were reacting to the candidates and felt that Clinton came out on top.

Justin Allen, president of ASU College Democrats, said students are often underrepresented in the political process and having them get involved is important.