Students for a Free Tibet first of its kind in North Carolina, hopes to advocate from Appalachia 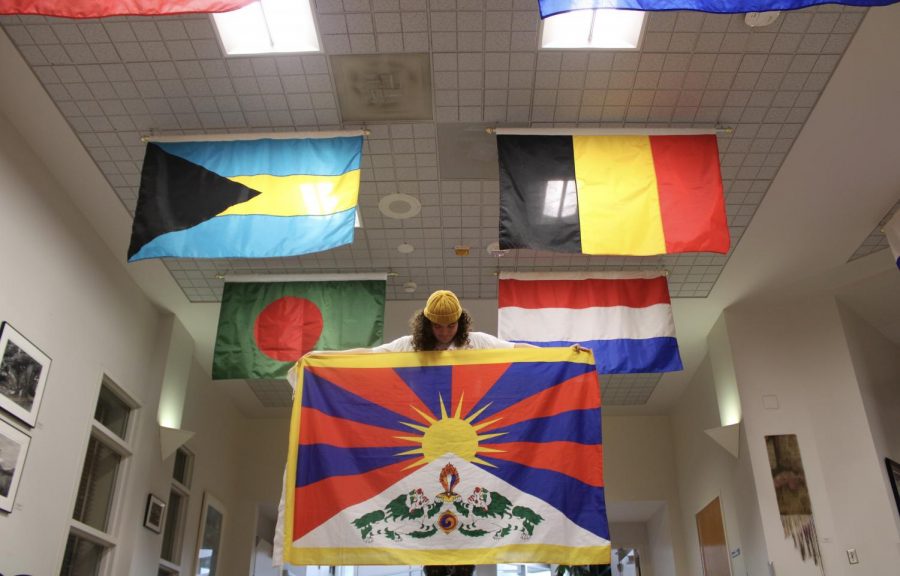 Junior sustainable development major Justin Marks is an advocate for justice in Tibet, which is currently under Chinese Rule. Marks is starting the club "Students for a Free Tibet," which aims to empower those "in our community while lifting up Tibetan voices at the same time."

Since the 1950s, the Chinese government has suppressed religious freedom and lifestyle choices in Tibet. App State junior sustainable development major Justin Marks aspires to aid in the Tibetan peoples’ fight for freedom with the help of a new club on campus.

This semester, Marks is starting “Students for a Free Tibet,” a club that aims to assist Tibetan people in their fight for freedom.

The Tibetan government claims autonomy and freedom from China, despite the communist party’s reign.

The Communist government in China sees any deviation from their ideals as harmful. Since Tibetan Buddhism has a spiritual influence on Tibetan culture, China desires to control any and all aspects of religion.

The Dalai Lama is currently 84 years old. Tibetans worry that after his passing, the Chinese will appoint their own Dalai Lama who fits their agenda to continue oppressing Tibetans.

Clubs like Students for a Free Tibet exist on other college campuses, but is the first of its kind in North Carolina.

FreeTibet.org’s mission statement reads, “Our vision is a free Tibet in which Tibetans are able to determine their own future and the human rights of all are respected.”

Marks said he became interested in Tibet after taking a religious studies course on Buddhism.

“It blew my mind that I was 19 years old, and I never knew about the Free Tibet movement,” Marks said. “I learned about Tibetan values of compassion and kindness. I really just want to lift up their voices and help more people at Appalachian learn and care about the issue.”

Doma’s connection to Tibet spans generations. Her father was born in Tibet and fled as a child after Chinese occupation.

After teaching English at a Tibetan refugee school in India, Doma said she was moved to join the Tibet movement, starting as an intern with Students for a Free Tibet in 2016. She said she is excited about Marks’ ambition to create the club.

“By starting a chapter, students at your university have the opportunity to engage with the Tibetan movement and learn about what has been going on inside Tibet, while also joining a social movement,” Doma said.

Marks said the club can make a difference by raising awareness on and off-campus.

March 23 and 24 is Tibetan Lobby Day, a day in which Americans and Tibetans will come together to speak with their representatives, according to tibetlobbyday.us.

Marks plans to travel with the club to Washington, D.C. to march and talk to North Carolina lawmakers about Tibetan human rights and religious freedom.

As the only Students for a Free Tibet organization recognized in the state, Marks said he feels responsible to fight for Tibetans in any way he can.

“I’m really excited. I really do think that we can make an impact in empowering others in our community while lifting up Tibetan voices at the same time. I just feel that I can use my privilege to help them,” Marks said.

Change may come faster than Marks initially thought, however. On Jan. 28, U.S. House legislators approved a bill to update the 2002 Tibetan Policy Act.

The act previously urged George W. Bush to start a dialogue between China and representatives of the Dalai Lama.

The new legislation will establish U.S. policy that states that future succession of Tibetan Buddhist leaders will be left in the hands of Tibetans, eliminating Chinese influence.

The bill is currently awaiting a vote in the Senate.

Since beginning to advocate for Tibet, citizens have messaged Marks on Instagram, thanking him for spreading awareness.

Marks said he enjoys messaging those who contact him, and they give him hope after fighting for 70 years.

“Their religious freedom has been denied and denounced for so long, and no one is talking about it. People are not profit. Silence can contribute to violence,” Marks said.

Marks encourages students who wish to get involved to register for Tibetan Lobby Day at tibetlobbyday.us. Registration closes March 9. Prospective members can keep up with the club on its Instagram page, @freetibetappstate.