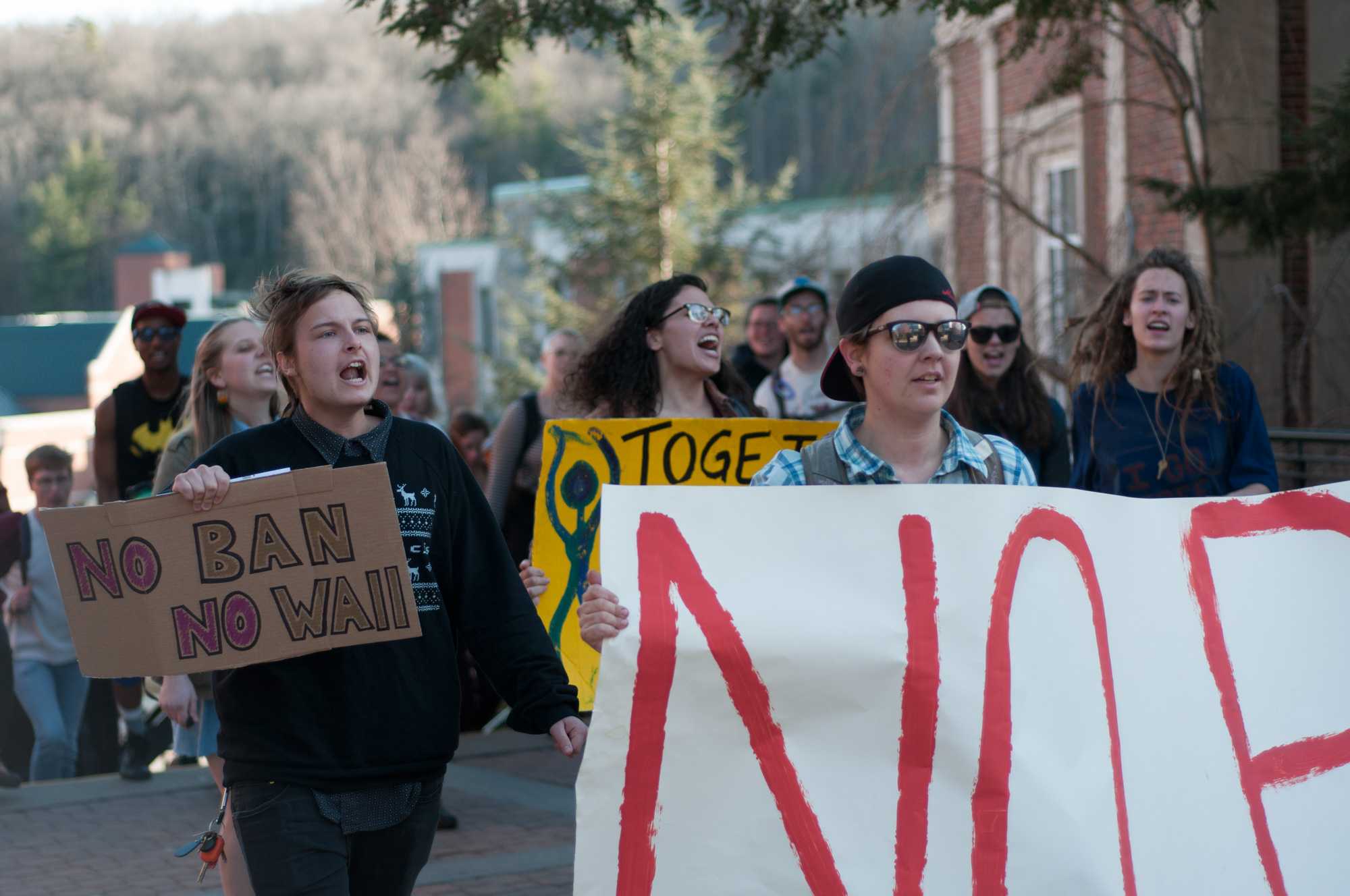 Protesters this past spring semester marching through campus to protest the Trump administration's travel ban.

Diana Feria Mejia, a senior communication studies major, said it’s important for students to raise their voice and communicate that this kind of action is unacceptable.

Feria Mejia said the revised ban issued last Monday was just the “Muslim ban 2.0” and that any revisions were just made to curb the nationwide protests against the original ban.

Keven White, a senior religious studies major, said no matter how it is presented the substance and intent of the ban comes from a platform of racism.

Organizers encouraged those in the audience who have been affected by racism or anti-immigrant sentiment to come forward and share their stories.

Kevin Israel Garcia Bautista, a freshman communication studies major, said when he was very young his father was detained without being able to see his family for 20 days after a routine traffic stop. His father signed a voluntary departure form and his mother decided to follow him to Mexico to keep the family together.

“For the next seven years I would have to live under the desperate conditions of poverty, crime and lack of opportunities within the country,” he said. “During high school I was not allowed to continue my education due to financial instability and since I was not registered as a Mexican citizen the government wouldn’t provide me with any financial support.”

Bautista said he was fortunate to be able to return to America to finish his studies but that his family is still stuck in the desperate conditions he managed to escape.

Josie Varela, a graduate political science major, said she was inspired to share her experiences as a Cuban immigrant because she feels all voices should be heard, especially those that are underprivileged and often ignored.

Evie Giaconia, a senior anthropology major and an organizer with Boone Rising, said they had planned to respond to the second iteration of the travel ban with a protest and that an emergency meeting was held immediately after the announcement to determine how best to respond.

Giaconia said Boone Rising reached out to groups on campus that are most affected by the ban to ensure that their voices were central to the march.

“We have to make it known that people are here who are affected and we care about them,” Giaconia said. “We want those community members to understand that they have support from us.”