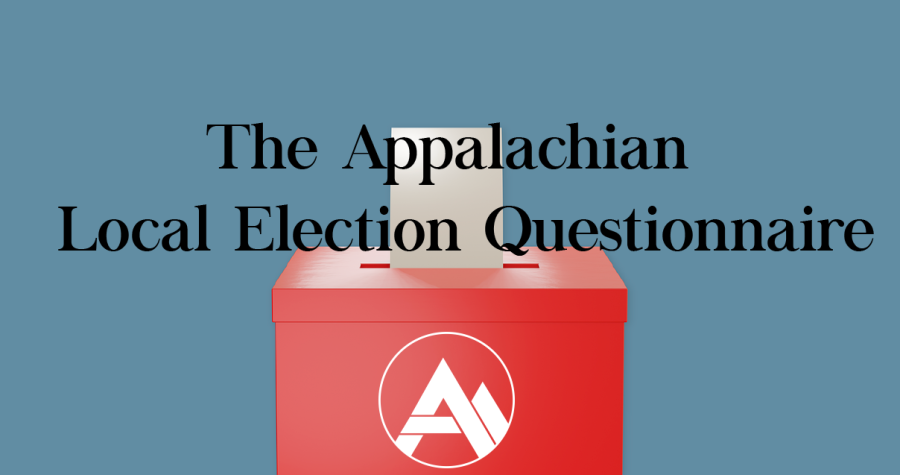 Leading up to the Watauga County 2021 municipal general election Nov. 2, The Appalachian sent each candidate the same questions via email, asking what motivated them to run for their positions and how they plan to tackle other issues. Read their thoughts on the Plemmons Student Union voting site here.

Absolutely support 100%. Students should be able to choose the representatives where they live the same as anyone else. If for no other reason, it’s a very convenient location. It’s right in the middle of town, there’s adequate parking. Anyone who is eligible to vote, and has the desire to exercise their right should have as much access as we can provide.

I 100% support the Plemmons Student Union voting site, first and foremost because I believe that as Americans, we need to make it easier to vote and not more difficult. We have a precious, and now rather precarious democracy to protect.

Absolutely. I have fought as an activist to save this site since I’ve lived here. The student union voting site is necessary and must be protected by the town, university, and residents alike. It is the most used site in Watauga County, serving students and community members and representing a central and accessible location for every local resident. Voting should be easy for everybody. This means the preservation of our voting sites.

Benjamin Ray did not respond to The Appalachian’s questions.

This is a no-brainer question — YES.  The ASU site is a central location to voters. A large portion of voters either attend, work or live near this voting station. To remove this site would rightly be seen as a sign of voter suppression.

The demographics of Boone, with a strong super majority of its voting population concentrated on or near the campus as we commit our efforts to serve voter convenience, presents the voting site at the Plemmons Student Union readily supportable. The purpose to serve the voters at a reachable proximity forms a reason to continue its election placement.

Ultimately, we may have to defer to the local and state board of election officials to provide all of the information that may be necessary to make an informed decision on this issue; however, in my personal opinion, EVERY individual has the right and responsibility to vote and so if we do identify any potential barriers to voting, then we must make it a top priority to figure out a solution to those barriers.

One Stop early voting began October 14 and ends on October 30. Election Day is November 2 with polling places opening early and closing late. I encourage each and every one of you to take the time to do your own research on each candidate and make an informed vote. Please don’t simply follow someone else’s picks or get caught up in the political divide. Our community and our relationships are too important!

I would support the Student Union as a voting site because the traditional age bracket of students will be the next generation to take on some of our larger issues like climate change and the wealth gaps, and their voice and involvement is crucial to the success of future generations.

Edie Tugman did not respond to The Appalachian’s questions.