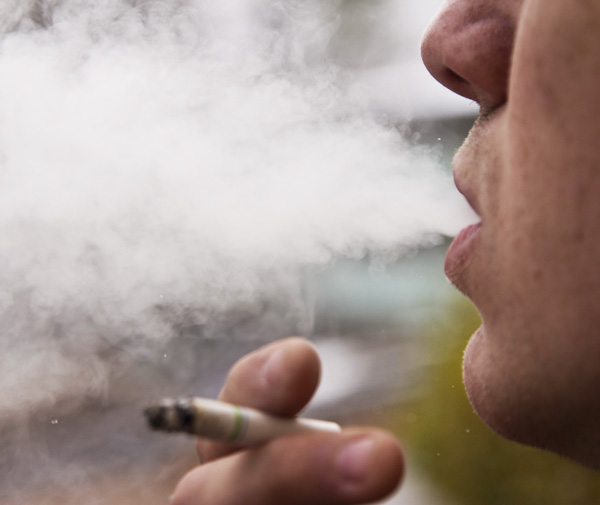 Every year, the Wellness Center surveys students to determine the percentages. Since the survey is anonymous, there is little false reporting, Kirkley said.

“The sample is large enough and representative of the overall population in which the confidence rate of the survey is very high, factoring out statistically the small numbers who may not be completely honest,” Kirkley said.

The smoking rate has also decreased slightly between 2009-11, Kirkley said.

Since students smoke in visible places, the number may appear higher, Kirkley said.

“So even a few thousand smokers can present a feeling that smoking is prevalent, when the overall population percentage is fairly small,” Kirkley said.

Psychology professor Denise Martz said there is a cultural aspect to smoking at the university.

Since North Carolina is a tobacco growing state, there has been a lot of investment in tobacco, which could be a possible factor for the smoking population, Martz said.

“Nicotine is a very powerful chemical, and nicotine is very rewarding for the brain,” Martz said.

Martz said students who smoke should try to opt for pure nicotine, even though it is more expensive.

“Using nicotine would be better for a person than using a tobacco product where they’re getting cancer causing agents, carcinogens, and tobacco smoke,” Martz said.

“To begin with, smoking was a social thing for me but my reasons have definitely become different since then,” Greene said.

Martz said she is empathic for students trying to quit smoking because nicotine is such a strong chemical, that can cause withdraws.

During withdrawal the body undergoes an opponent process, Martz said. For example, a person who smokes every time they drive will crave a cigarette whenever they get into a vehicle.

“Let’s say you wake up and light your first cigarette at 8 a.m., they would wake up with an opponent process, so a lower than normal heart rate, so when they smoke it brings it back up to normal,” Martz said. “Opponent process explains why anybody gets addicted to any kind of substance if they use it on a regular basis.”