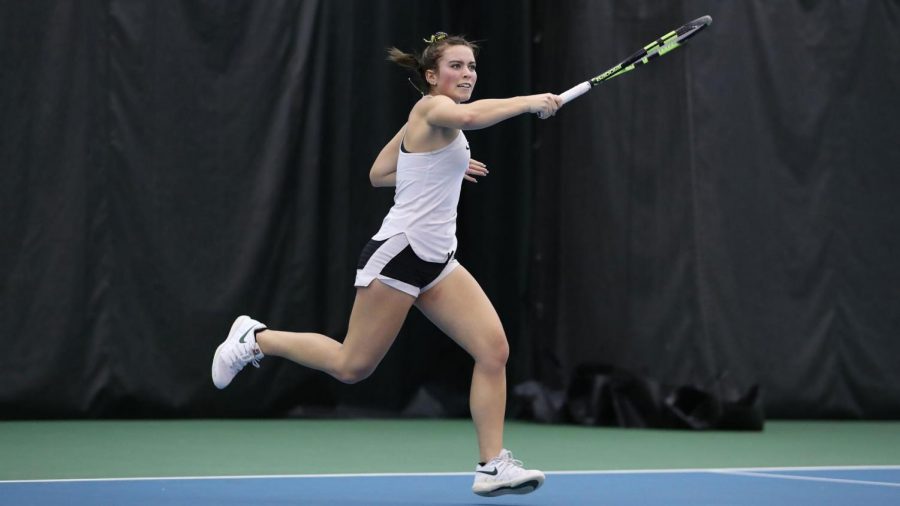 Senior Heidi Swope finished the regular season with a 12-3 record and a 4-1 Sun Belt record.

Tennis may be an individual sport at times, but a successful team needs players who will step up and get the job done. The App State women’s tennis team has that in Heidi Swope.

The senior from Weddington has had an excellent campaign in her final year as a Mountaineer.

“The past few years we’ve done well, but we haven’t been playing at the level we all wanted to at the same exact time,” Swope said. “This year we’re coming out and just killing it in conference, and everyone is firing at all times, and the energy has just been really great.”

Swope has performed consistently for the Mountaineers, earning at least five singles wins in each of her previous three seasons.

In 2019, Swope earned a 12-3 record while appearing in the No. 5 and No. 6 slots. Along with her partner sophomore Maria Jose Zacarias, they picked up doubles wins in three consecutive matches to close out the season.

On senior day, Swope and Zacarias won their doubles match and helped App State beat Texas State. Even though she will celebrate with the team, she still knows there is more work ahead.