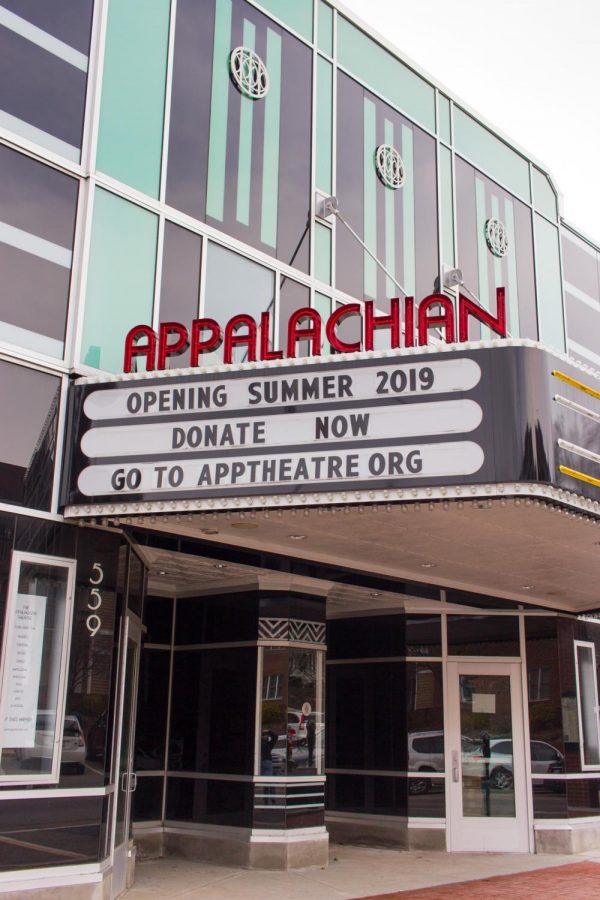 The Appalachian Theatre's is an iconic landmark of downtown Boone. The theatre is hoping to purchase a digital marquee.

The theater with tinted windows on King Street is undergoing more changes than meets the eye.

The historic Appalachian Theatre of the High Country is undergoing the second phase of its renovations, which started in 2018.

Phase one was completed in 2016 and consisted of restoring the front marquee with flood lights on the bottom, LED message boards and its black acrylic design on the front. Phase two includes renovating the theater’s interior, exterior and backstage.

In 2011, the Town of Boone repurchased the theater from a Florida developer, which led to nonprofit organization Appalachian Theatre of the High Country Inc. buying it in 2013.

The organization’s mission is to recreate the theater’s former glory, preserve its history and transform the building into one of the High Country’s premier arts and culture venues, according to The Appalachian Theatre website.

Kratt said adding a digital marquee is an idea that is purely under discussion, but could be beneficial for communicating multiple events.

“The Appalachian Theatre should be a very busy place,” Kratt said. “The more we can support our user group by promoting their events and letting the public know about them, the stronger the audiences are and the more sustainable a historic theater is.”

Town manager John Ward said having the 600-seat theater in the heart of the municipal district will improve Boone’s overall economic development.

“Patrons who come for performances or events will more than likely be visiting our shops, our restaurants and participating in other downtown activities,” Ward said. “(The Town of Boone) sees any use of what was a vacant storefront or theater as a huge contributing factor to the downtown economy.”

Ward said the theater will also bring a variety of cultural events, and groups can use the community room for meetings.