The Bookstop: Most anticipated books of 2022 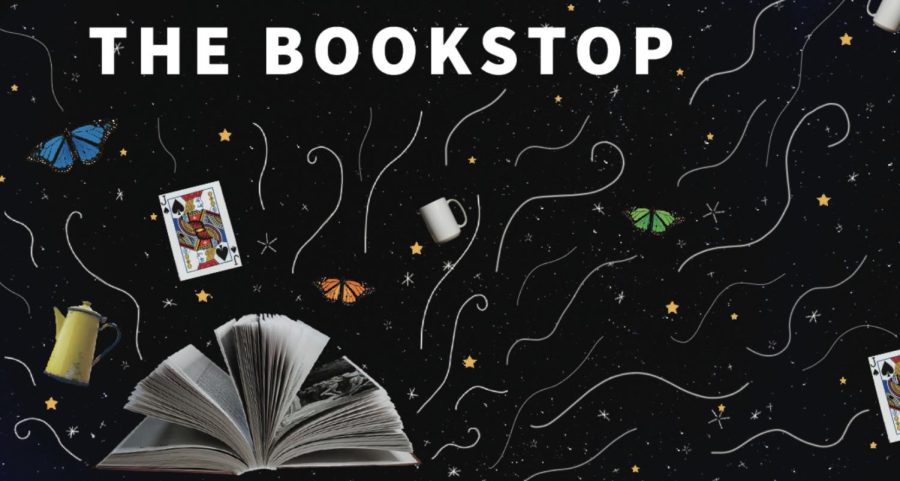 Whether reading more is on your list of New Year’s resolutions or not, 2022 already has an exciting lineup of new books. With a collection of nonfiction, fantasy, literary fiction and romance, this year’s releases are sure to have something for any new reader or seasoned book lover.

This book details the life of Constance Baker Motley, the first Black woman to argue a case in front of the Supreme Court. Learn about how she defended Martin Luther King, fought Jim Crow Laws and argued in Brown v. Board of Education in this biography about the iconic female leader. Written by legal and Civil Rights historian Tomiko Brown-Nagin, this book is the perfect nonfiction addition to your bookshelf this year.

Told through a letter sent to the one she loves most, Violeta Del Valle tells her life story. Starting in 1920’s South America and spanning 100 years, Violeta’s life is marked by not only love affairs, wealth and poverty, joy and loss, but also by some of the most significant moments in history: the Great Depression, women’s voting rights, tyrannical leaders and two pandemics sandwiching it all.

This Woven Kingdom by Tahereh Mafi

Inspired by Persian mythology, the author of the acclaimed “Shatter Me” series debuts a new fantasy trilogy. Alizeh is the long-lost queen from the nearly-forgotten Jinn race, though hidden in plain sight as a servant. Kamran is the current crown prince, drawn to the girl with strange eyes and plagued by a prophecy that could change his life and kingdom. As the forbidden romance trope requires, the two are pulled together, and their worlds begin to change as the prophecy — that Kamran fears and Alizeh is destined for — looms above both futures.

From one of Time Magazine’s next generation leaders comes a memoir about self discovery and acceptance told through dissection of Buddhism and experience. Kodo Nishimura, Buddhist monk and makeup artist, found fame through “Queer Eye: We’re in Japan.” Through his experience as a celebrity makeup artist and as a trained monk, his novel is meant to be a guide to self-acceptance, self-love and positivity through his modern take on Buddhist teachings.

All My Rage by Sabaa Tahir

From bestselling author Sabaa Tahir, “All my Rage” centers on best friends fighting for better lives. After growing up in the small town of Juniper, California, Salahudin and Noor are reeling after a fight that ruined their friendship. Now, Salahudin has to run the motel his mom started while Noor works at her volatile uncle’s liquor store and applies to college to escape Juniper. However, the pair’s friendship is tested when Sal’s efforts spiral out of control.

The War of Two Queens by Jennifer L. Armentrout

After the first book in the “Blood and Ash” series took the book community of TikTok by storm, the anticipated fourth book debuts in March to an awaiting audience. Set to continue the high fantasy story of Poppy and Casteel, an important maiden and her guard, the explanation Armentrout offers to the plotline is that “War is only the beginning…”

Take My Hand by Dolen Perkins-Valdez

This novel starts in 1973, Montgomery, Alabama, and spans decades through the eyes of Civil Townsend. Civil is a young Black nurse hoping to make a difference in her community through the family planning clinic in her town. When two of her new patients are poor, young Black girls being forced to take birth control due to their welfare plan, she watches over them — until the unthinkable occurs. Years later, now a doctor and mother to a grown daughter, Civil looks to retire but is confronted by the past. From NYT bestselling author Dolen Perkins-Valdez comes this hopeful historical fiction novel of redemption inspired by true events.

TikTok’s book community fawned over Emily Henry’s recent “Beach Read” and “People We Meet on Vacation.” This novel, set in summer as Henry’s other novels are, has readers meeting cutthroat literary agent Nora Stephens on a trip to a small North Carolina town with her sister, Libby. Nora envisions her own meet-cute on vacation, but instead continuously runs into Charlie Lastra, a book editor she already despises from the city … Do you smell an enemies-to-lovers trope? Because I do. “The Seven Husbands of Evelyn Hugo” author Taylor Jenkins-Reid calls this “a rom-com lover’s dream of a book.”

A Show for Two by Tashie Bhuiyan

Inspired by the time Tom Holland visited the author’s school for research in his Spider-Man role, “A Show for Two” takes that experience and turns it into a love story. The main character, Mina Rahman, has the chance of a lifetime to win the Golden Ivy student film competition when indie movie star Emmitt Ramos enrolls at her school under a secret identity to research his next role. Making a deal to help him with photography in exchange for his help in her short film, Mina and Emmitt must work together, but then Mina realizes her dreams may not be what she wants after all.

Hell Followed with Us by Andrew Joseph White

Set in a post-apocalyptic world, Benji, a 16-year-old transgender boy, is on the run from the cult that raised him and wants to use him to wipe out the rest of the population. Trying to keep the cult from using the bioweapon they injected into him, Benji meets a group of teenagers from the local LGBTQ+ center known as the ALC. After being taken in by the group, Benji is pulled toward the group’s alluring leader, who just so happens to know Benji’s bioweapon secret, but he has an agenda of his own.