The Cottages of Boone spills wastewater for fifth time 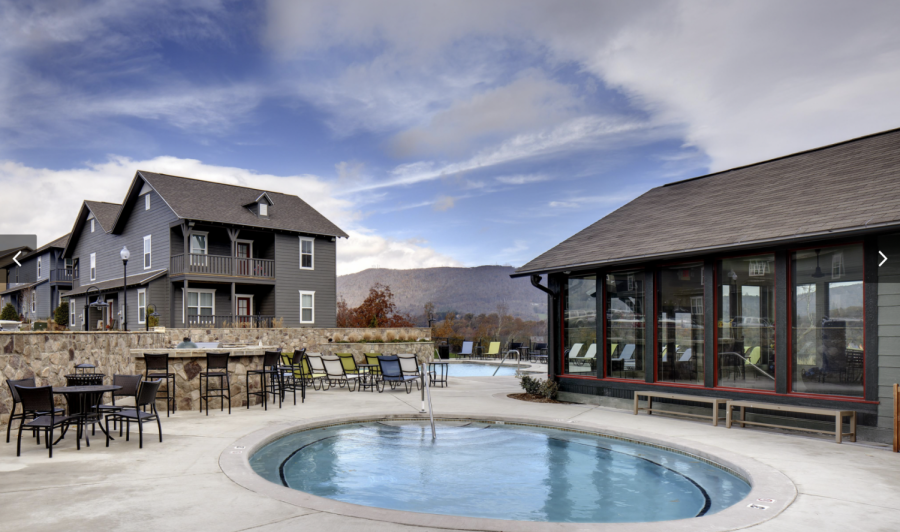 Courtesy of The Cottages of Boone

The Cottages of Boone spilled 4,725 gallons of raw wastewater into Laurel Fork Creek Sept. 13, according to the North Carolina Department of Environmental and Natural Resources.

The Cottages of Boone reported the spill around 5 p.m. Sept. 14 to NCDENR, according to a Division of Water Resources five-day-reporting form. Private companies like Wallace Loft LLC, which owns The Cottages of Boone, are required to self-report wastewater incidents.

Anna Gurney, NCDENR water quality division public information officer, wrote in an email that the wastewater discharged from the equalization basin. A clogged suction line caused the basin to overflow.

“What we’re dealing with here is an organization that’s discharging human waste,” said Andy Hill, MountainTrue high country regional director and Watauga Riverkeeper. “Some problems this causes is one: it’s a major public health risk, whatever is in the human body is now in the river where it can enter into someone else’s body.”

Hill said the wastewater spill has also been detrimental to the ecosystem.

“Nature’s solution to pollution is dilution right, and that’s why people think it’s ok to discharge into waterways. But what it does is it compounds and becomes an escalating problem over time,” Hill said.

Hill said he found abnormally high levels of fecal coliforms, like E. coli, in Laurel Fork Creek through water quality testing and other contaminants passed through fecal matter, such as COVID-19, could be present.

“What it is causing now is an algal bloom in laurel creek. So what we’re seeing now is a gross filamentous algae, brown in color right, and it only occurs when there’s elevated nutrients,” Hill said.

Hill explained that a waterway as small as Laurel Fork Creek will never be able to recover from the amount of raw wastewater that has been deposited into it. Hill also noted the multiple spills from The Cottages of Boone are the “most egregious” wastewater spills he is aware of in the Western North Carolina area.

Junior Brynn Fussell said The Cottages of Boone have no regard for the environmental damage they are causing and the spill is “disgusting.”

“This kind of behavior definitely doesn’t align with Boone’s environmental values,” Fussell said. “Having a business do something like this several times without consequences completely goes against that idea.”

The Cottages of Boone renewed its wastewater irrigation permit in 2017, and it will be valid until April 2022. The permit allows Wallace Loft LLC to operate a wastewater irrigation system that can process 108,530 gallons of wastewater daily without penalty as long as it adheres to all requirements stipulated in the permit.

“There are dozens of permits like this in the county, for example, within the watershed, but this is the only one that we keep reading about in the paper right, and this is the only that is discharging with this frequency and this severity,” Hill said.

Gurney said NCDENR has repeatedly inspected The Cottages of Boone and is committed to holding them to requirements of their permit.

App State graduate, Colby McGuinn, lived at The Cottages of Boone from 2017 to 2019 and said he believes his former residence pushes boundaries.

“Boone is an extremely progressive and environmentally conscious area,” McGuinn said. “I’m not surprised by this behavior of them because I already see them as scumbags.”

Representatives from The Cottages of Boone were not available for comment for publication.