“The definition of what it means to be a student athlete:” App State lineman Cole Garrison 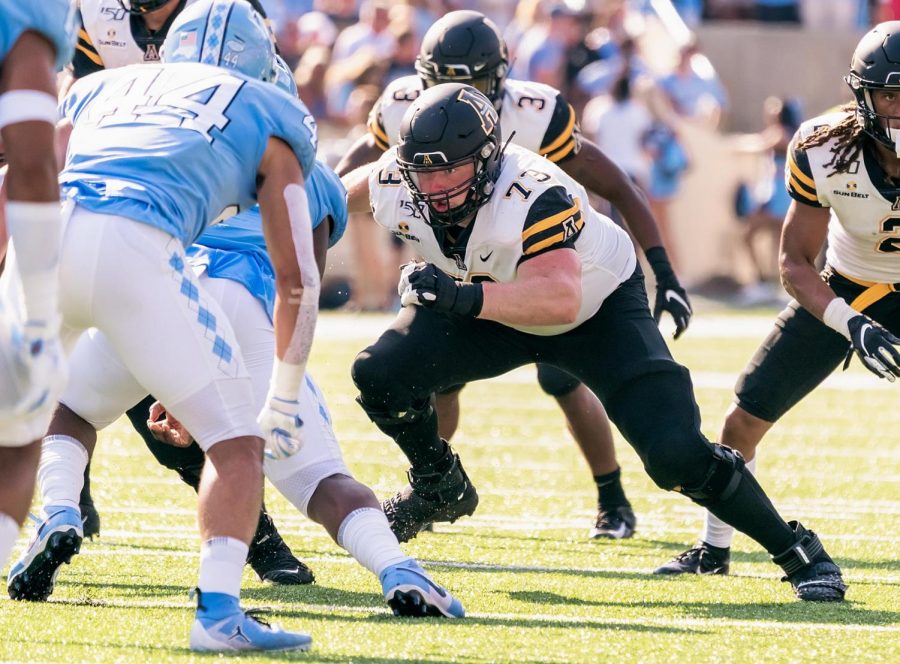 When App State senior lineman Cole Garrison arrived in Boone, he told himself he would perform on the football field, while also performing well enough academically to get into medical school. Four years later, after playing in 40 career games, helping App State compile a 45-11 record with four straight conference titles and four bowl wins, Garrison was named a semifinalist for the William V. Campbell Trophy, an award recognizing the best football scholar-athlete in the nation.

“Cole is the definition of what it means to be a student-athlete,” App State head coach Shawn Clark said. “On the field, he’s been a very important member of our offensive line and has done a great job wherever we’ve asked him to play. He’s poised to do amazing things in life after he’s finished playing football.”

Garrison has earned a 3.93 GPA and has been accepted into The University of Alabama at Birmingham School of Medicine after his score of 513 on the Medical College Admission Test. This score puts him in the nation’s top 13% of scoring.

Going into medical school, Garrison said he plans to specialize in surgery, but will not close himself out to any other options. He has the most experience in orthopedics, and shadowed the football team’s surgeon last spring.

Along with academic success, the William V. Campbell trophy recognizes excellence in charitable contributions and volunteer work. Garrison has participated in canned food and school supply drives, and volunteered with Operation Christmas Child, the Western Youth Network, Habitat for Humanity and F.A.R.M Cafe.

“My free time is limited, but I always try to find the time to give back to the community,”  Garrison said.

Garrison explained that while balancing football and an academic workload hasn’t been easy, he’s learned a lot.

“Football is very challenging, and trying to manage that with a heavy academic load, you really have to be able to work relentlessly for what you want,” he said. “Doing each of those alone is difficult, but doing both at the same time really taught me how to work.”

Garrison said that along with the team’s on-field success during his career, including the program’s first-ever AP Top 25 ranking in 2018, he is especially proud of how much the program has grown in the last four years.

“I remember when I first got here, there were still players who had been with us through the FCS to FBS transition, and I remember just talking with them about how much it grew in their time, and it’s great to see how much it has grown in my time here,” Garrison said. “I never thought I would play for a top 25 team, and for us to go from a school that wants to compete to a school that other teams want to compete with, it means a lot.”