The Journey of Ronshad Shabazz 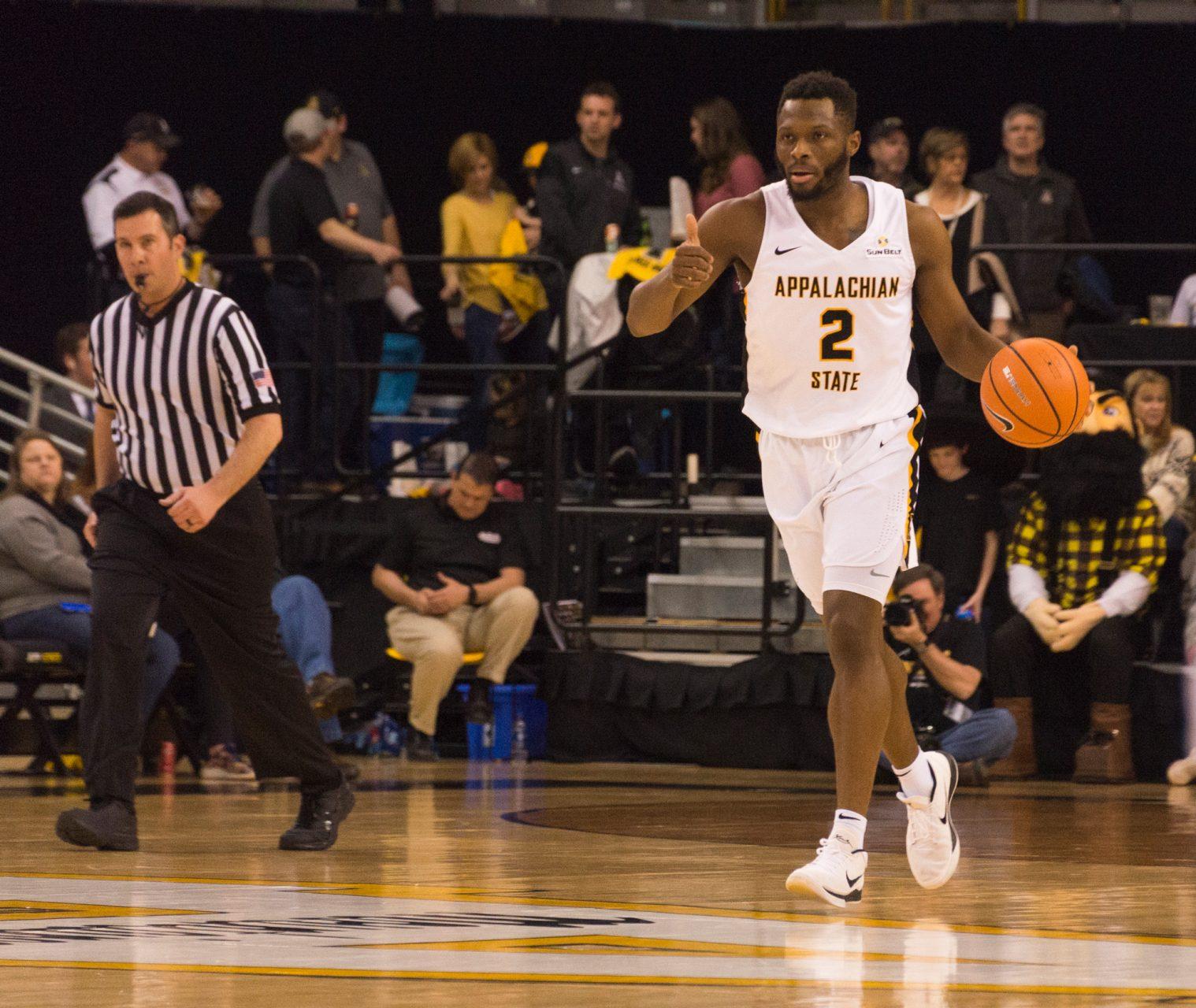 NBA draft hopeful Ronshad Shabazz brings the ball up the floor during a Mountaineer home game. Shabazz finished his career ranked first in App State history with 712 field goals made and second in points with 2,067.

Before Ronshad Shabazz became one of the most decorated basketball players in App State history, he was a kid worried for his life, moving back-and-forth from South Bend, Indiana, and Chicago Heights, Illinois.

Shabazz said growing up, people around him would find themselves in life-threatening situations. He remembers a time when he could not sleep for a week, being kept up by the fear of losing his own life after a family friend lost hers.

“I remember when I was 9 or 10, I was like, ‘Man, I don’t know if I’m going to live to do all of the things I want to’, and at that time, I didn’t care about basketball, I was just trying to live,” Shabazz said.

After living in two cities with high crime rates, Shabazz’s mother moved the family to Raleigh when he was 12. This is not only where he got a fresh start, but where his basketball career began to flourish.

“Not many kids make it out from what he had to make it out of and it just shows how much of a hard worker he is and how determined he is to reach his goals. He’s a one-of-a-kind kid,” said Bennett Holley, former teammate of Shabazz.

Shabazz was a standout player in high school, averaging 25 points per game at Knightdale High School. That was good enough to finish second in scoring in North Carolina. Despite these numbers, he received no high major college offers and instead signed to mid-major college App State his junior year.

“I chose App because they were consistent,” Shabazz said. “They came to see me as much as possible, called as much as possible and did everything they could to convince me that I was making the right decision, and they were going to help me better myself to play at the next level.”

His senior year, Shabazz was offered the opportunity to play at Huntington Prep, a high school known for consistently being in the top 10 national basketball rankings and producing both collegiate and NBA talent.

Shabazz was initially skeptical about attending the prep school, but he said his experience taught him how serious basketball was, and pushed him to separate himself as a player though the daily grind on the court and in the classroom.

“I was a little scared once he went to that school. I’m like, ‘There’s no way we will get him because so many other people will see him,’” said App State assistant coach Jason Allison.

Despite grabbing the attention of multiple high major basketball teams like NC State, Pittsburg, Maryland and Oregon, none of them offered Shabazz a scholarship his senior year. An ankle injury limited his playing time at Huntington, and App State’s early interest in him paid off. Allison said Shabazz was a steal, and if he wouldn’t have hurt his ankle and waited until the spring of his senior year to sign his scholarship, App State had no chance of getting him.

The day Shabazz stepped foot on App State’s campus, the Mountaineers played a pickup game after the team’s first meeting, when his teammates could immediately tell that he was something special.

“I could tell right away. I was like, ‘Wow, this kid is definitely a top notch freshman; he’s definitely the future of this program,’” Holley said.

Shabazz would go on to average 11.9 points per game at App State that year, the highest in school history for a freshman since the 1990-91 season. He had various signature moments during his freshman campaign, including his favorite, a 21-point outing against No. 7 ranked UNC-Chapel Hill. Shabazz was also featured on SportsCenter’s Top 10 for a posterizing dunk over the Tar Heels’ Brice Johnson.

“I had some big games, and I had some bad games, but I feel like freshman year is where I was like, ‘OK, now from here on out, there’s no more excuses,’” Shabazz said.

After his freshman year, Shabazz took a major leap that set the tone for the rest of his career. From that point forward, he led the Mountaineers in scoring and reached over 500 points in each of the following seasons.

“He could’ve left and transferred to a lot of schools, especially after his sophomore year, if he wanted to,” Allison said. “Being from Raleigh, he played for the elite CP3 and Nike teams, so he’s a popular name, and we played a lot on TV, so a lot of people got to watch him.”

Shabazz established himself as one of the best players in school history. He ended his career with the school record for field goals made with 712, second all time in points with 2,067, third all time in 3-pointers made with 269 and even put his name on the all time points list for the Sun Belt Conference, where he is ranked sixth.

“For him to graduate in four years, to be three-time all conference, not have one ounce of trouble and to be the kind of the face of the program, it’s a story that you don’t just see every day,” Allison said.

Despite his success, Shabazz still feels like he is overlooked as a player, he said when compared to other players, what he has accomplished and continues to work at on the court is disregarded.

No matter why people doubt him, Shabazz said he uses the doubts as motivation to pursue a career in professional basketball. Shabazz said when he tells people that he plans on playing professionally, the first thing they do is assume he’s playing overseas, completely ruling out the NBA.

“What they fail to realize is there’s people that score a lot, but I can score with the best of them,” Shabazz said. “So, at the end of the day when it comes to things like that, you think in your head, ‘Dang, when I finally get my opportunity, that’s when everybody’s going to realize.’”

Shabazz’s opportunities started to come as he has had workouts with NBA teams like the Atlanta Hawks, Philadelphia 76ers and Charlotte Hornets.

“I know he’s going through these workouts with a chip on his shoulder, trying to prove something,” said former teammate Kevin Kerley. “So, I mean with his work ethic and that drive he has, I think that he has a shot.”

Allison said of his 15 years as a Division I basketball assistant, Shabazz is one of the top three hardest workers he’s ever seen. His teammates also attest to how extremely hard working he is.

“That kid grinds harder than anybody,” Holley said. “The amount of workouts and time he spends in the gym is just insane.”

Holley said during the season, there were days where Shabazz would work out on his own an hour before practice, an hour after practice and at night around 10 p.m.

“Shabazz is one of the most resilient individuals that I have ever met in my life. He has such a unique background and he has been through a lot of things, and I am so immensely proud of him,” said Jamie Inlow, a former director of As-U-R, a program within the student learning center, and former academic mentor to Shabazz.

Despite Shabazz’s professional basketball dreams being right in front of him, he has not forgotten about this background and uses it as inspiration moving forward.

“As a child, it was rough, I really didn’t have much of the common things everybody else would have growing up, and I have everything I want now,” Shabazz said. “I do what I want. I don’t really have to worry about whether I’m going to live or die. I eat on the regular. Just stuff like that, that’s what keeps me motivated.”