The magic of soccer growing in the U.S. 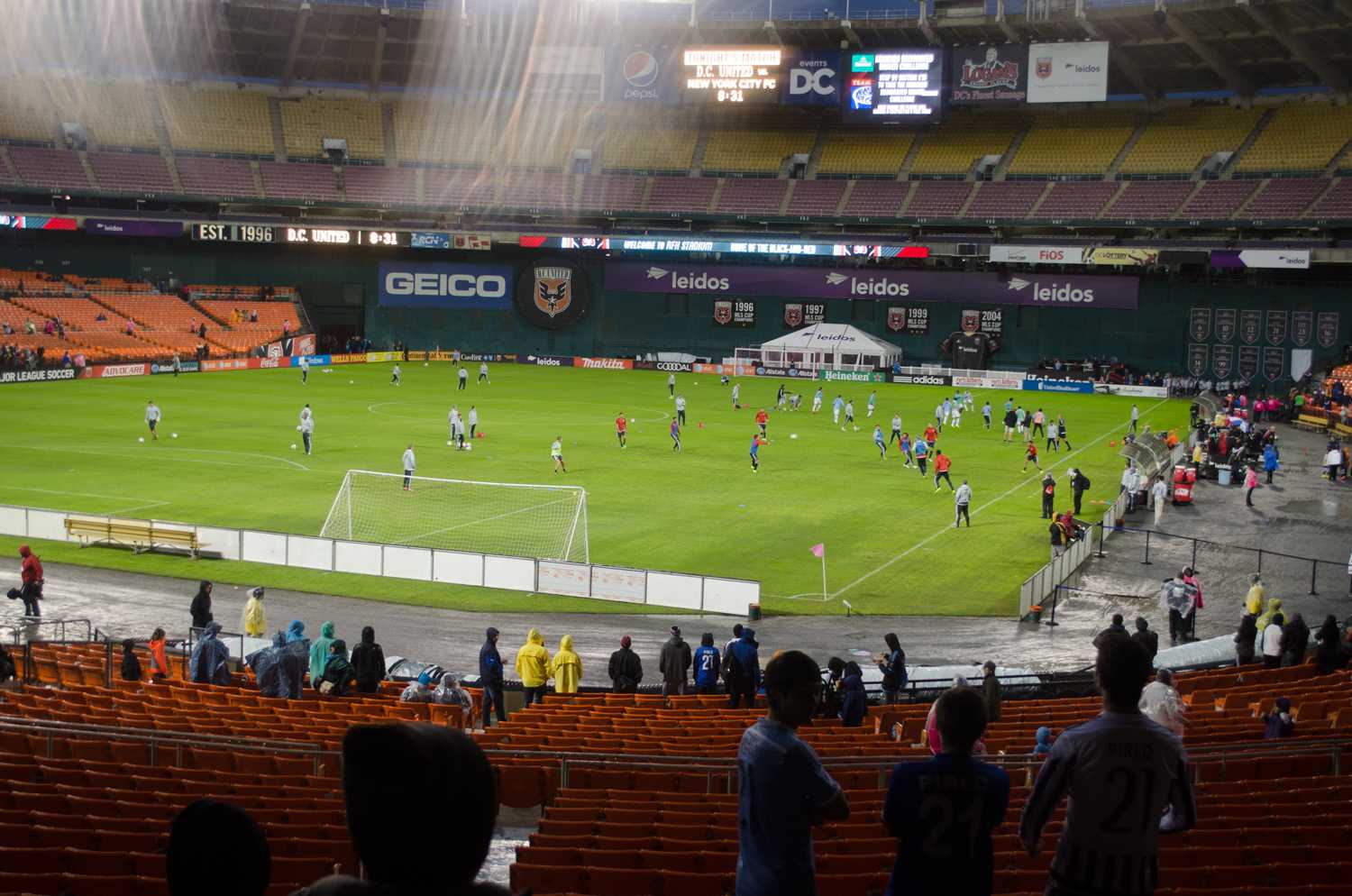 Attending a Major League Soccer match between D.C. United and New York City FC in Washington, D.C. on Oct. 2,  I had the chance to see firsthand how the popularity of soccer is growing in the U.S., and more importantly why Americans should take more interest.

I have been an avid sports fan my entire life. As a native New Yorker, I was raised in a home rooting for the New York Giants and suffered through aches and pains watching the Mets, Knicks and Islanders.

As someone who has always watched the “core four” U.S. pro sport leagues, NFL, NBA, MLB and NHL, soccer is a sport I never found myself too interested in until recently.

The MLS match I attended marked only the third professional soccer game I had been to. I went to a Gold Cup game in 2011 when Cuba played Mexico and last summer I went to see Chelsea play PSG at Bank of America stadium.

The difference in D.C. was that I was able to directly see the growing culture of soccer in America and how passionate the fans were. As a New York City FC fan, my friends and I were in the visitors section, and it hardly felt like we were the away team. The crowd was ecstatic.

The MLS began being formed in 1988 when the United State Soccer Federation pledged to create a division I professional soccer league as a condition to host the 1994 FIFA World Cup. It was officially formed in 1995.

The league began with 10 teams. The problem was that the league was struggling with money and declining attendance, as many Americans only saw soccer as a “foreign” sport.

The league drew some attention featuring American players Landon Donovan and Tim Howard, but 2007 marked a big year for the league. David Beckham became the first designated player from another country to join the league, helping the MLS become more international.

Just 10 years ago, the league had 12 teams and are now up to 20, with four more on the way. The MLS commissioner Don Garber has said that league won’t stop there, either.

In July, the U.S. women’s soccer team beat Japan to win the World Cup, and 24.5 million viewers watched it, making it the most viewed soccer game in U.S. TV history.

With this major milestone in soccer, it leaves people questioning whether soccer can maintain this regular attention and build stronger audiences. “When you talk about soccer in the U.S., you have to think about us being at year 20 or 25 of a 50-year arc,” Mike Mulvihill, senior vice president of programming at Fox Sports said in an interview with The Wall Street Journal.

The game in D.C. began and all the New York City fans dressed in their light blues inaugural jerseys since it’s their first team season. People began chanting and singing like their lives were on the line. Flags were out, signs were out, and as I looked down the D.C. United’s section, they were just as energetic.

“We’re Blue! We’re White! We are dynamite! NYC! NYC!” The crowd sang and chanted as the game began. The energy was electric and you could feel the stadium shaking underneath your feet.

During the 72nd minute, D.C. United tied the game with a goal from Argentine forward Fabian Espindola. I thought the visitor section would begin to calm down and become nervous, but once again, I was proven wrong. The section roared and began singing even more, as they still had hope and pride for New York.

This type of energy has never been at any sporting event I have been to. I soon realized that soccer fans were just different.

“U.S. sports fans are patriotic and there aren’t many national sports teams that engender that same spirit as the national soccer teams,” Danny Townsend, chief revenue office of global sports, said in an interview with ABC News.

The MLS still has some issues to gain the growth they want as they are still competing with other professional soccer leagues like Europe, England, Germany, Italy, France and Spain. The MLS current leading scorer, Kei Kamara, does not reflect the same fame that star Argentina soccer player Lionel Messi reflects to the European league, or LeBron James to the NBA.

The league has a while to go before they find that star American player, but from what I witnessed, the fans were just as intrigued with foreign players like David Villa and Andrea Pirlo on the field.

Besides the MLS, European soccer leagues are also beginning to become popular in America as an exhibition game in 2015 between Manchester United and Real Madrid at Michigan Stadium drew 109,318 fans, which was the largest ever for a live soccer match in the U.S.

“That sort of visibility helps you gain traction with the public.” David Carter, director of sports business program at University of Southern California said in an interview with the Wall Street Journal. “Its hard to maintain interest in a sport if it disappears between World Cups.”

With rain pouring down, fans didn’t seemed bothered. Some had their shirts off with body paint, while others were waving flags, drinking their beer and running around pumping up fans. The singing and chanting lasted all 93 minutes of the game.

During the 93rd minute, D.C. United forward Alvaro Saborio was given a free kick, and he scored the game-winning goal to beat New York City FC 2-1, clinching the MLS playoffs for D.C. United. The visitor section was silent for the first time, while the home section went wild and began singing their chants.

As the crowd began to leave, security would not let them leave in an attempt to prevent the home fans from getting in brawls with away fans, a commonality at soccer matches.

We waited for about 10-15 minutes in the rain to leave, but all the New York fans around me didn’t say quiet for long after the loss, as the chants and songs soon began again.

We had just lost the game, and the fans were acting like we had won the Super Bowl. There was no moping, just love for the team and game that they love.

I had never been to such a hype sporting event. If every game had the support like this game did, sports themselves would not just be fun for sport fans, but for anyone who attends.

There is a still a long way to go before soccer reaches the elite level as the “core four” leagues in America, but it has made dramatic improvement in the last couple of years.

Leaving the game in a line of singing fans marching down the stairs toward the stadium exit, I didn’t see fans supporting their teams, but I saw fans with pure joy and love for the game of soccer.

I left the stadium with a newfound love for the sport of soccer, which hadn’t fully developed before. I have now added soccer to my list of favorite sports.

I was able to experience that magic that weekend.