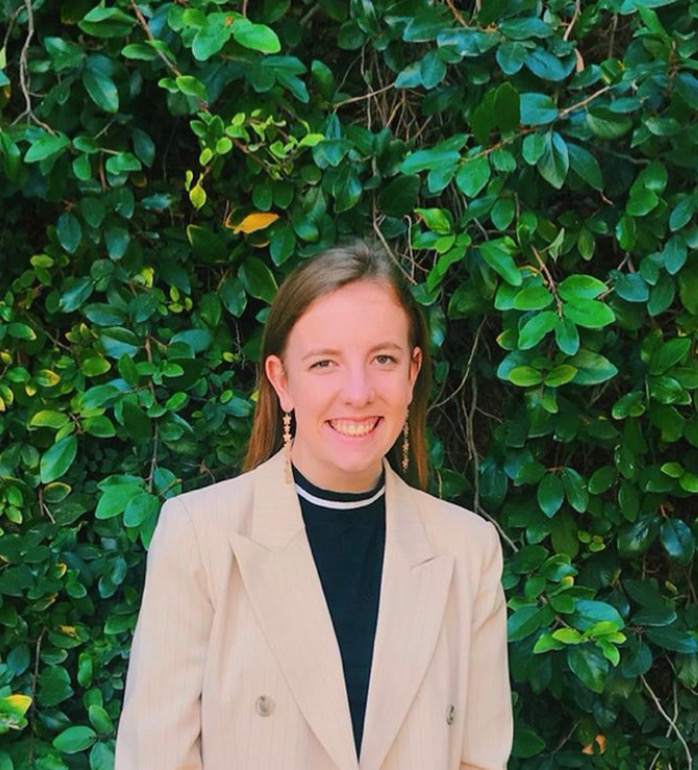 Emily Hogan, a junior political science major, is only taking one class this semester to better her career.

You won’t find her on the basketball court or the sidelines. Even though you won’t see her there, her friends say she has a drive like Michael Jordan — but for politics.

Emily Hogan is all about politics. Ever since the 2016 election, she has dedicated her free time to help Democrats get elected.

While some people aspire to be president one day, Hogan dreams of being behind the scenes — promoting candidates’ ideals and policies.

“I am definitely interested in getting people elected,” Hogan said. “One day I would really like to be the executive director for a state party and be the person who runs the show.”

At the beginning of August, Hogan, a junior political science major, was offered a job she couldn’t refuse: digital organizing manager for the South Carolina Democratic Party.

When Hogan was offered this job she knew she had to focus on advancing her career over school. Instead of taking her normal course load, she only enrolled in one class — Diversity in Appalachia — this semester.

“I always knew in the back of my head that I was going to take a gap semester if an opportunity came out to advance my career,” Hogan said.

Hogan is now working in Columbia, South Carolina, though most of her tasks are virtual.

Some of Hogan’s responsibilities include coordinating volunteers, overseeing the digital organizing process for the board of democratic ballots and managing social media accounts.

Before she left for Columbia, she resigned from her position as the App State College Democrats president.

Friend and partner for many political projects, Dalton George said he feels like his relationship with Hogan is similar to Michael Jordan and Scottie Pippen’s dynamic.

“She kind of has that Jordan-esque drive,” George said. “She has the determination to just absolutely give it her all.”

George, who was Hogan’s vice president and took over as president of App State College Democrats when she left, said it was “bittersweet” when Hogan resigned.

“Emily is honestly a lifelong teammate,” George said. “I’ve never met anybody who is as good and willing to put in the hours as much as she is.”

When she was hired for the most senior position that she applied for, Hogan was shocked.

Her friends, however, were not surprised by the news.

“Emily gravitates to the hard work because she knows she’s capable of doing it,” said Devin Mullins.

Mullins, a junior political science major, met Hogan through the App State Student Government Association and bonded over their mutual interest in politics and student advocacy.

“I noticed when Emily decided to leave SGA and focus on other opportunities, how much less of an experience that became for me,” Mullins said.

Mullins, now the SGA director of sustainable development, said in situations where other students weren’t willing to do the work, Hogan picked up the slack.

“Emily is the kind of person that when you’re around her, you feel naturally more ambitious,” Mullins said. “She makes you want to do more and be better.”

Hogan picked an important election year to move to South Carolina and work in politics. South Carolina has nine electoral votes up for grabs this election cycle and could potentially flip a Senate seat from Republican to Democrat.

“I think it’s important to realize that there’s a lot more than president on the ballot,” Hogan said. “Every candidate running in the election is equally important.”

Hogan said it’s not about having an exciting candidate, instead it’s about “having a candidate that can turn this country around and restore unity.”

Hogan doesn’t plan to stop working in politics after college. She wants to continue working on campaigns to get Democrats elected.

“One thing I’ve really learned in politics is that your name is in places that you aren’t,” Hogan said. “I want to make sure that I’m being spoken about in a positive way and doing the best of my abilities.”