The story of Boone’s first mosque 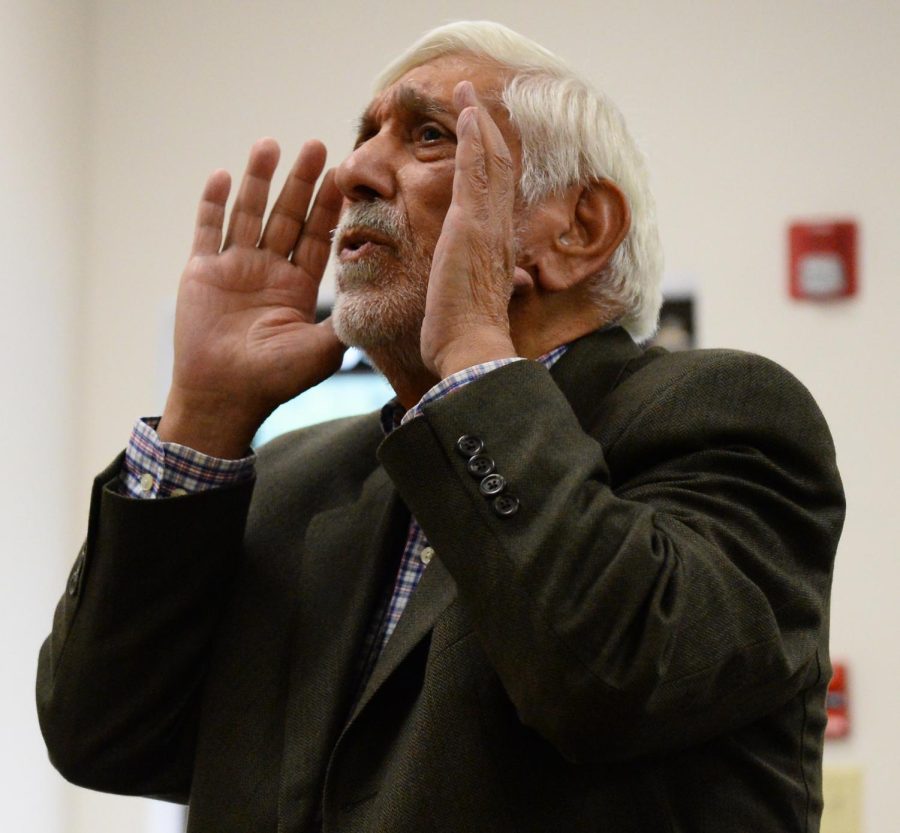 Boone welcomed a new mosque in July, making it the first official mosque in the High Country.

Located at 643 Greenway Road #G, the Islamic Center of Boone opened its doors to the public July 1. The mosque allows Muslims to pray, connect with each other and access resources, and invites non-Muslims to learn more about the religion.

The Islamic Center opens at 1:30 p.m. and holds its Jummah prayer at 2 p.m. on Fridays, according to its website. More than half the sermon is spoken in English, and the remainder of it is spoken in Arabic.

Michael Watts, a Boone local, said it was his first time attending Aug. 12. Watts reached out to the university’s Muslim Student Association in June inquiring to see if Boone had gotten a mosque after reading an article about the lack of mosques in Boone by The Appalachian from 2012. He was told one had “fortunately” opened.

The mosque is less than a five minute drive from campus. Those who wish to depart from campus can also take the Red Route on AppalCart, which has a stop at the Watauga Opportunities bus stop, located across the street from the mosque.

Khurram Tariq, president of ICB, said before this mosque’s opening, he would have to travel weekly in order to worship.

“I was driving every Friday to the local mosque, and the closest mosque was about an hour and 20 minutes,” Tariq said. “If you can imagine, it takes a toll on you, doing that every Friday.”

Khadija Fouad, member of the mosque and a biology professor at App State, said some of the places Muslims have had to go to pray include Morganton, High Point, Winston Salem and Charlotte. Each mosque is over an hour away from Boone.

“It’s amazing just being able to attend Jummah prayer up here,” Fouad said. “Being able to do that here has been wonderful.”

Tariq had the idea to establish a place where Muslims in Boone can go to worship after noticing Muslims moving out of Boone shortly after they moved here due to a lack of Islamic resources such as a mosque and halal restaurants.

“They start looking for those resources, but they won’t find anything,” Tariq said. “They would leave within a year.”

Tariq also said a reason for establishing a mosque in Boone was to grow the Muslim community in the High Country, as well as to “bring communities together.”

The beginning of the mosque’s establishment started when Tariq’s mother ran into the first other Muslim she had ever seen in Boone, at a grocery store. They shared contact information.

Similarly, Tariq met the treasurer of ICB, Marina Batchelor, at the Boone Cancer Center, and had a similar meeting, sharing contact information. From there on out, Tariq started finding more Muslims and keeping in contact with them.

“Little by little, we were beginning to meet each other, and this is how the community was coming together,” Tariq said.

Tariq later decided to make a WhatsApp group chat, where he added every Muslim he’s met in Boone, and encouraged others in the chat to do the same.

Soon after creating the group chat, Tariq said refugees from Afghanistan arrived in Boone and were in need of resources. Tariq got in contact with them, and they soon joined the Boone Muslim community as well.

After communicating in the group chat, members decided it was time to finally meet. The group planned to get together during Ramadan, but had to search for a place where they could meet. They soon were able to rent the top floor of the Boone Professional Center and host Ramadan together.

“It was a very emotional moment for all of us,” Tariq said.

After Ramadan, guests wanted to start meeting more regularly. However, Tariq worried about where they would get the funds to rent, as the Professional Center charged on an hourly basis. As a result, guests donated money and worked together to search for a permanent space.

Tariq said searching for a space was “so tough.”

“We were all looking and we could not find anything,” Tariq said.

After being shown different properties, Tariq knew they still didn’t have the funds to rent them. He told the landlord of what would soon be their permanent location how they only needed the space for one hour once a week. The landlord let them use the space for free temporarily.

After being given the space, they hosted their first congregation in the space before its official opening July 1. About nine people showed up.

“When we found this place and we had our first meeting, everyone said ‘No. Let’s just go ahead and rent this place. Let’s just ask this person how much they would want for rent,’” Tariq said.

They were told $1,400 plus utilities. Tariq asked members if anyone would like to pitch in for the cost.

They were still short on money. Tariq said he received a message on WhatsApp one night at about 10 p.m. but chose not to look at it until the next day. The next morning he called them and they donated $600, making their total funds over their goal of $1,400.

“I had tears of joy,” Tariq said. “We started from nothing. We did not have a community to begin with, and here we were on the cusp of establishing our own mosque.”

Since its opening, both members and visitors of the mosque have donated items such as carpets, doormats, shoes, decorations and more.

The mosque plans on adding other resources for Muslims, such as having a freezer of halal meat in their kitchen to give to those who need it, Zoom meetings, community events and incorporating and offering resources from the Islamic Circle of North America.

Tariq hopes the mosque will continue to serve the Muslim and non-Muslim community in the future, and hopes those who attend appreciate the efforts put in to creating the mosque.

“Anybody is welcome to come,” Fouad said. “It’s friendly and welcoming.”

CORRECTION: A previous version of this article misstated the chief languages of the sermon. This mistake has been corrected.