Theater: Behind the scenes 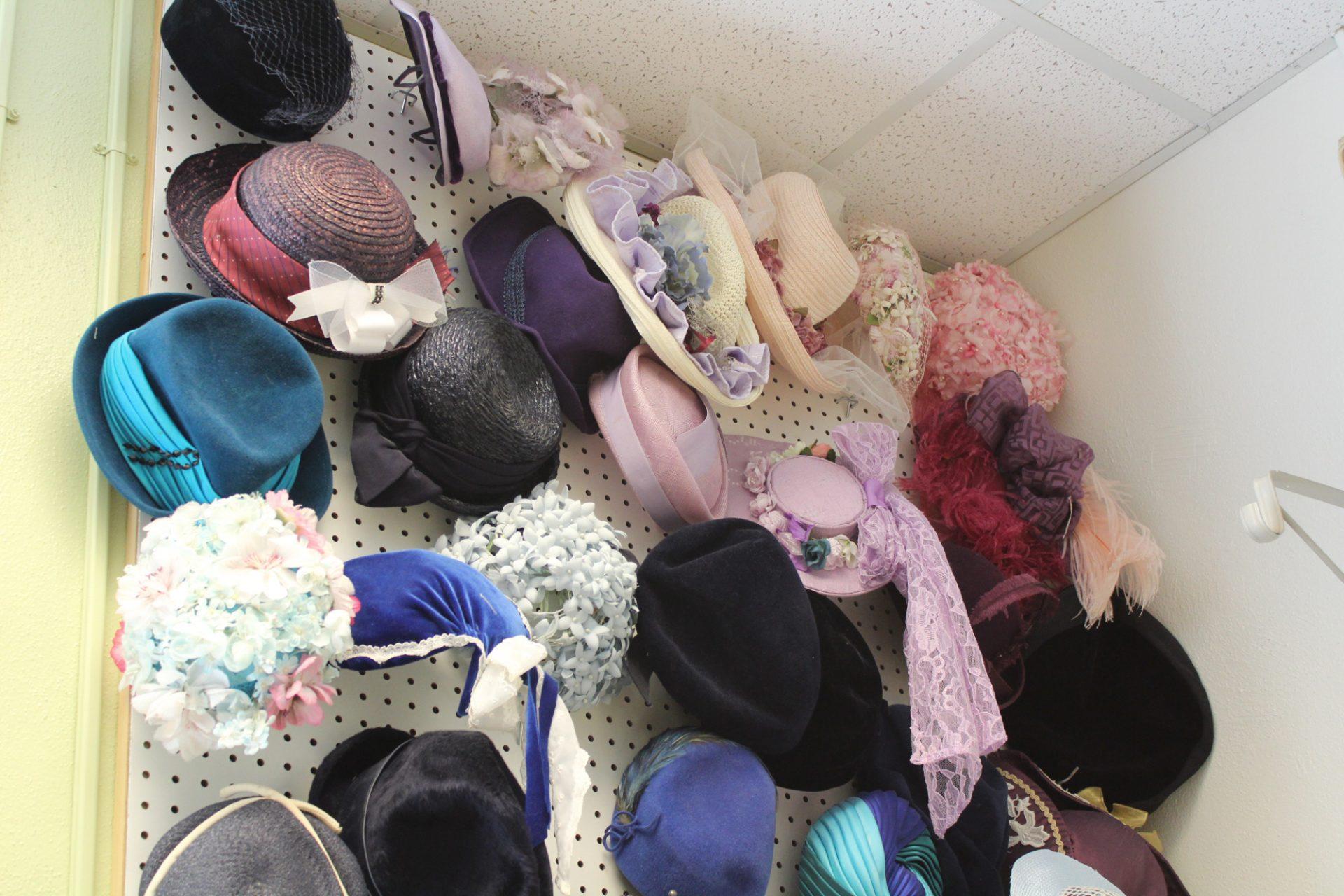 Hats on the wall of the theatre department's costume shop. The shop is located in Chapell Wilson Hall.

A “Silence” actress planted both feet firmly on the stage only to jump off of the stage onto a mat guarded by behind-the-scenes aide Maxwell Probst.

“When you’re backstage, you get this whole different appreciation,” Probst said. “You get to be humbled.”

Probst worked behind the scenes in two shows in which he assisted in moving props and helping actors change costumes between scenes. He even helped an actor with a quick change for a show that Probst himself performed in.

Offstage members are a vital part to any show’s production, Probst said. Without people working behind the scenes the play would be entirely different.

Marking designs costumes for plays and dances, but said that the backstage crews have to stay in constant communication with other backstage groups to produce a cohesive show.

Backstage components include lights, sound, stage management, costumes, makeup, set design and props. Marking said that when she designs costumes for a show, she contacts the lighting crew to see how the fabric will look under different kinds of light.

Lighting designers divert the audience’s attention from changing sets and guide the audience to where they should look.

Aside from communicating with other backstage crew, costume designing requires research.

Marking read two novels in preparation for Radium Girls, which showed on Oct. 4-8 at Valborg Theatre. She researched the 1920s time period to ensure that her costumes and 20 hats were historically accurate.

Born into a “sewing family,” Marking began creating her own clothes at 8 years old. This turned into 4-H sewing classes and eventually led her to design 12-13 shows as an undergraduate student.

From there, Marking developed a career designing costumes for plays and dance performances.

Costumes should help actors and actresses get into their character, so Marking said she considers the character’s actions throughout the show. If a performer has to climb a ladder for a scene, Marking designs the costume with mobility in mind.

In addition to function and historical accuracy, costume design has an artistic element. Marking studied the meaning of colors in her designs for the world premier of Muthal Naidoo’s “Flight from the Mahabharath” at Appalachian’s Valborg Theatre April 26-30, 2017.

Colors and their meanings vary among different societies, so Marking flew to India to research Indian color associations, sari construction and fabrics used in northern India versus fabrics used in southern India.

“Flight” highlighted women and their liberation in Indian society, which inspired Marking to use yellow, red and orange fabrics for the “modern” women and cool tones for the characters who were less modernized. She read through the entire script to decide which characters wore warm and cool colors.

Attention to detail and colors are things that Newman Jones, senior theatre arts major, understands and applies to his costuming as well.

Jones assisted Marking in “Flight,” but got his start in theater through acting. After his first performance in 2007, he said he and his grandma went to every school play, community theater, ballet and live performance they could attend.

While Jones said he enjoyed acting, he found a better fit designing costumes.

“I like being onstage, but I feel like I can still be onstage because I have costumes,” Jones said. “That’s my way of being onstage.”

Jones also designed costumes for Fall Appalachian Dance Ensemble, which required different designs because he had to prioritize movement above style or color of fabric.

The theme for FADE was self reflection and outward reflection, with the dancers reflecting one another’s moves. Four pairs of eight dancers filled the stage, so Jones designed each pair’s costume the same color, but with different shades of the color.

Even though the audience sees the costume colors and shapes, Jones said no one is able to see the thought and research that goes into designing a costume for a piece.

“It’s gotta be more than just the looks,” Jones said.

Freshman theatre arts major Melanie MacDonald knows that there is more to theater than what happens onstage.

MacDonald became involved with theater when she started acting, but noticed she always felt nervous onstage. When she stage managed her first show, she found confidence in herself. Her teacher told her to consider it as a career.

Although MacDonald is drawn toward stage management, she has worked on props, lights and sound. Being involved backstage has helped her make friends in her first year as well.

“It’s like a family when you’re in a cast,” MacDonald said. “They inspire me to do my job.”

Featured Photo: Hats on the wall of the theatre department’s costume shop, which is located in Chapell Wilson Hall.